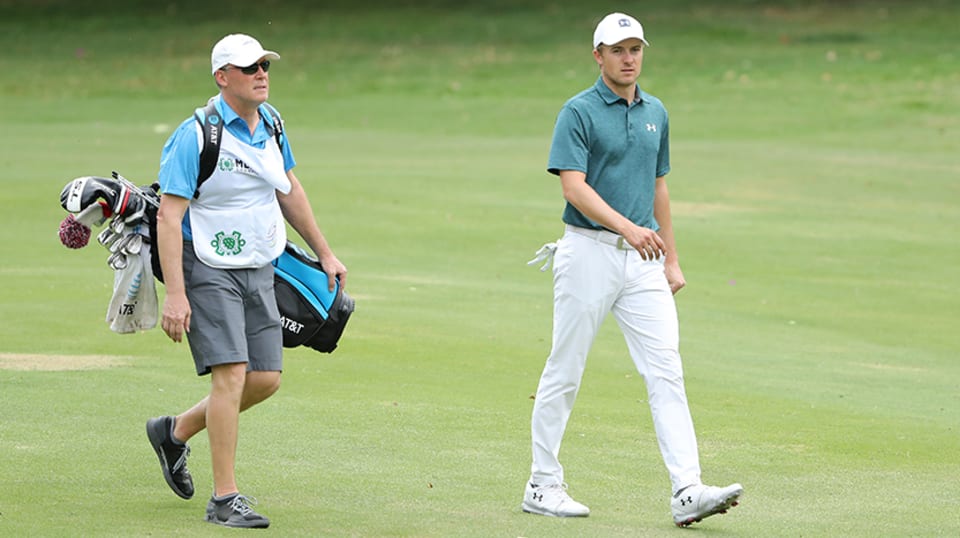 THOUSAND OAKS, Calif. – Jordan Spieth had a familiar face on his bag in the opening round of the ZOZO CHAMPIONSHIP @ SHERWOOD, but not the one he’s used to.

Spieth’s father Shawn has stepped in for regular caddie Michael Greller who is with his family following the death of his mother last week. It is a role Shawn hasn’t filled since doing so when Greller’s father died last year.

After carding a 2-under 70, Spieth spoke with significant emotion for his close friend who has been his regular caddie since before the former FedExCup Champion joined the PGA TOUR.

“To lose both your parents in a year and a half, like I told him, I have no way of relating to it, but I can only imagine. I was with him Saturday morning after he found out the news and I never have really seen him like that. We’ve been through a lot of stuff together,” Spieth said.

While Greller considered returning to work this week, Spieth ensured he didn’t need to rush and offered as much time as was needed. He expects the pair will be back together for the Masters where they have already claimed a green jacket and a runner-up finish.

Spieth revealed he and his father had what might be considered a typical father-son interaction on the 13th hole – but not one that would usually happen between player and caddie. The back and forth was reminiscent of Spieth’s teenage years.

“It was funny, he did the old “no no” on like our fourth hole today, on 13. I’m stepping into the ball and he goes, “Just don’t overdo it.”,” Spieth chuckled.