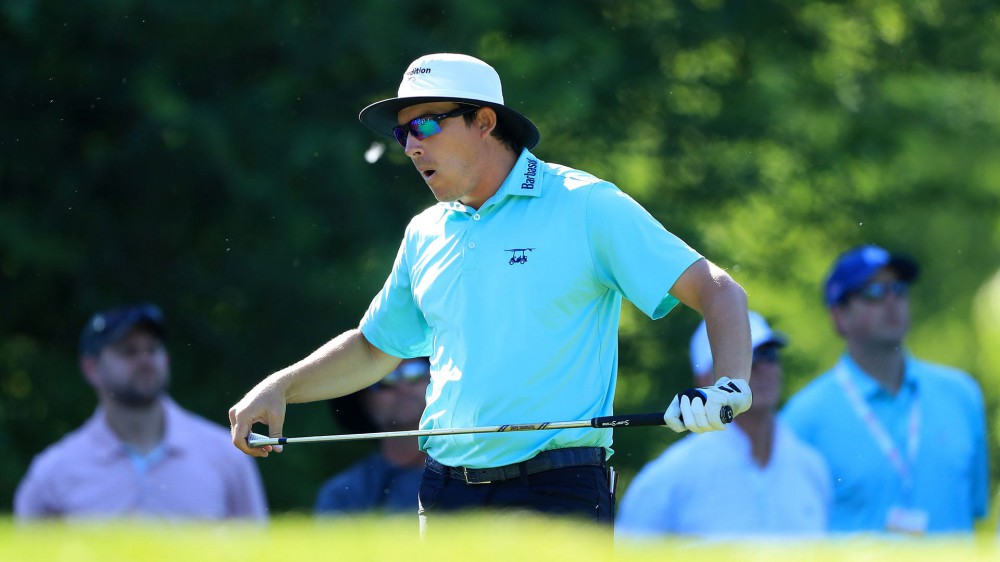 “I was the only idiot in the world who didn’t watch it,” Dahmen laughed on Thursday at the Wells Fargo Championship, where he’s tied for the lead after an opening 66.

It turns out Dahmen has his own April tradition, an event he and his friends in Scottsdale, Ariz., call the “HackMasters.”

The event, which is played at McCormick Ranch Golf Club, features about 60 two-man teams playing best-ball on Day 1 and a scramble format on Sunday. The winners get green jackets.

Although Dahmen’s team won the scramble portion of the competition by shooting 59, the event also includes a twist. Teams pick two players who are playing the actual Masters and those players’ weekend scores are added to the teams’ HackMasters totals.

“I went with the homer pick of Keith Mitchell, who totally let me down. Way to go, buddy,” Dahmen laughed. “And I picked [Tony] Finau, who played great. So I was there, I just needed Keith to do something great on the weekend and he didn’t.”

Dahmen has been a fixture in the HackMasters for six years, but as he continues to trend toward his first PGA Tour victory he has considered what will happen if he ever earns his first trip to the proper Masters.

“There’s a lot of discussion about that,” he said. “Pat Perez has always played in the HackMasters because I think he’s only won once until like two or three years ago, and it’s like, ‘Where’s Pat, where’s Pat?’ He’s kind of the man of this whole event. So it was kind of funny because everybody gets mad when Pat plays well so he can’t play at the HackMasters. It’s a pretty big deal in Scottsdale.”