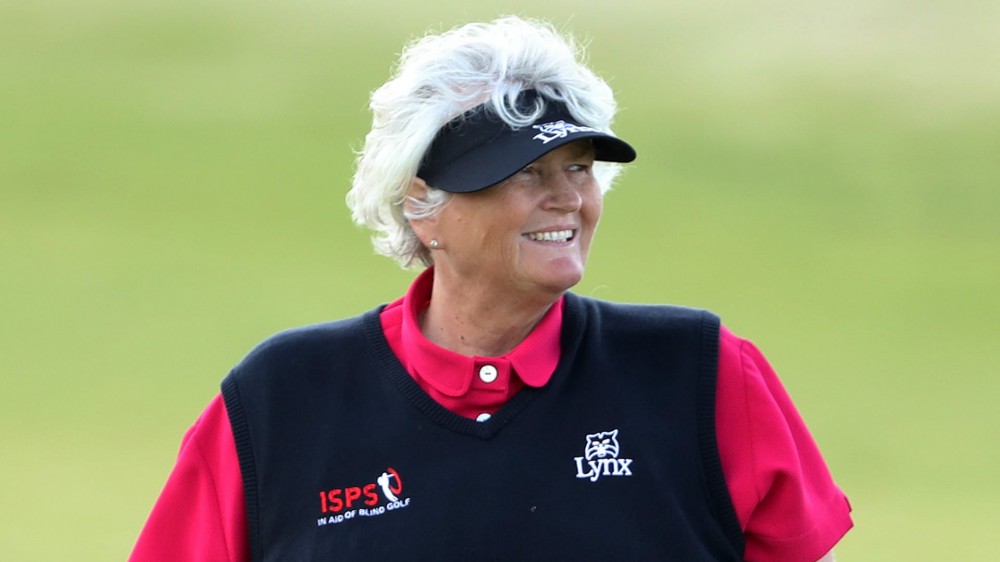 The week just keeps getting better for Davies, who opened with a 4-under-par 68 at Kingsbarns Golf Links, good for a tie for ninth, four shots behind Michelle Wie.

At 53, Davies survived a Monday playoff to earn her way into her record 37th Women’s British Open appearance.

“I played pretty well but putted great,” Davies said. “It’s the best putting round I’ve had for a donkey’s year. So very pleased.”

Davies put up her 68 without playing a practice round after qualifying on Monday at nearby St. Andrews Castle Course. She famously isn’t much for practice.

“I only walked it yesterday,” Davies said.

Davies won the Women’s British Open in 1986, before it was designated an LPGA major championship.

“I just said to the BBC I’m not under any illusions of winning it,” Davies said. “It’s just nice to know the good stuff is still there.”

There was a lot of “good stuff” from the English contingent, with five Englishwomen among the top 10.

Mel Reid and Jodi Ewart Shadoff led the way with 67s. They’re both currently within the qualifying standards to play for Europe in the Solheim Cup in two weeks. So are Charley Hull and Georgia Hall, who joined Davies at 68.