JERSEY CITY, N.J. – Neither Presidents Cup captain was surprised at the other’s pairings. Nick Price predicted four of the five teams that Steve Stricker will send out Thursday in foursomes for the Americans. Stricker said: “We pretty much saw these pairings coming.”

The only slight surprise was that Phil Mickelson will be sent out to play an alternate-shot format with Kevin Kisner. Mickelson, in case you haven’t noticed, tends to be a little erratic. His game seems more suited to playing fourballs.

But they will face Jason Day and Mark Leishman in the fifth and final match of Thursday’s opening session.

“They love being with one another,” Stricker said. “Kevin Kisner is a guy on our team that a lot of guys want to play with.

“Phil is a guy that likes fiery players and Kiz is one of those players. He talks a lot of smack when we’re out there having fun and playing. He’s a little bulldog and Phil really gravitates toward that, and so does Kiz to Phil. It came along pretty naturally for them.”

Rickie Fowler and Justin Thomas, who hinted Tuesday that they would be paired together, will face Hideki Matsuyama and Charl Schwartzel in the first match of the day.

Dustin Johnson and Matt Kuchar will face Adam Scott and Jhonattan Vegas in the second match.

“Jhonny Vegas and Adam hit it off yesterday,” Price said. “They played phenomenally well yesterday together, and Adam being the senior member of the team, certainly I needed him to have one of the rookies.”

Adam Hadwin and Anirban Lahiri will sit for the International team. Kevin Chappell and Charley Hoffman will not play for the Americans. All four must play in Friday’s fourball matches.

Here’s a look at when the Day 1 matches will take place. Golf Channel will air coverage, beginning at 1 p.m. (all times ET): 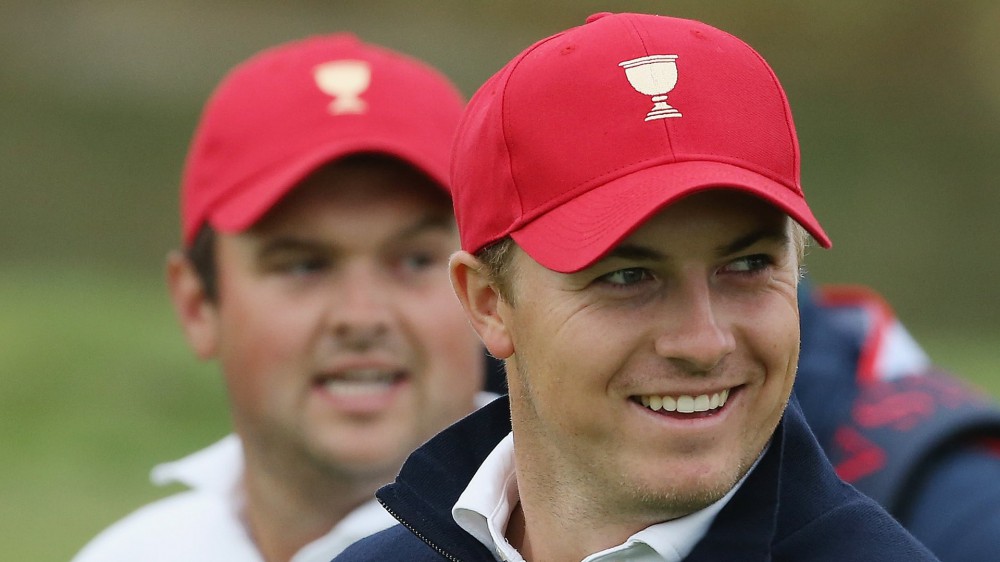