AUGUSTA, Ga. – Tony Finau wasn’t going to miss his first Masters because he rolled his left ankle celebrating a hole in one in the Par 3 Contest.

“It was mind over matter,” Finau said.

Finau made his first round matter with a 4-under-par 68, moving into early contention despite the pain he felt shifting his weight on to his left side during the round.

After acing the seventh hole Wednesday in the Par 3 Contest, Finau bolted off the tee, hopping in celebration. He rolled hard on his ankle while spinning backward.

The replay made people flinch, with Finau reaching down to pop the ankle back in place.

“It’s nothing short of a miracle,” Finau said of ending up shooting 68. “When it happened, it felt like there could be something seriously wrong.”

Finau said when he woke up at 6 a.m. Thursday, long before his 12:43 p.m. tee time, he could barely put any pressure on the ankle. An hour after waking, he was getting an MRI. It showed no break.

Finau said doctors told him he couldn’t hurt the ankle any more playing on it, but he would have to deal with the pain. He heavily taped the ankle.

“Hitting some shots, I knew I couldn’t put the full weight on the foot that I wanted,” Finau said. “It definitely hurt at different points of the round.”

Finau said his foot felt better as he played. Watching the replay of his hole-in-one celebration, however, didn’t feel so good.

“It was quite embarrassing,” Finau said. “I said the last thing that’s going to happen is me being rolled out on a stretcher after a hole in one.

“I popped it back in place, and I got up and tried to be as smooth as I could walking away. It was quite scary last night, not knowing what was going to happen this morning.” 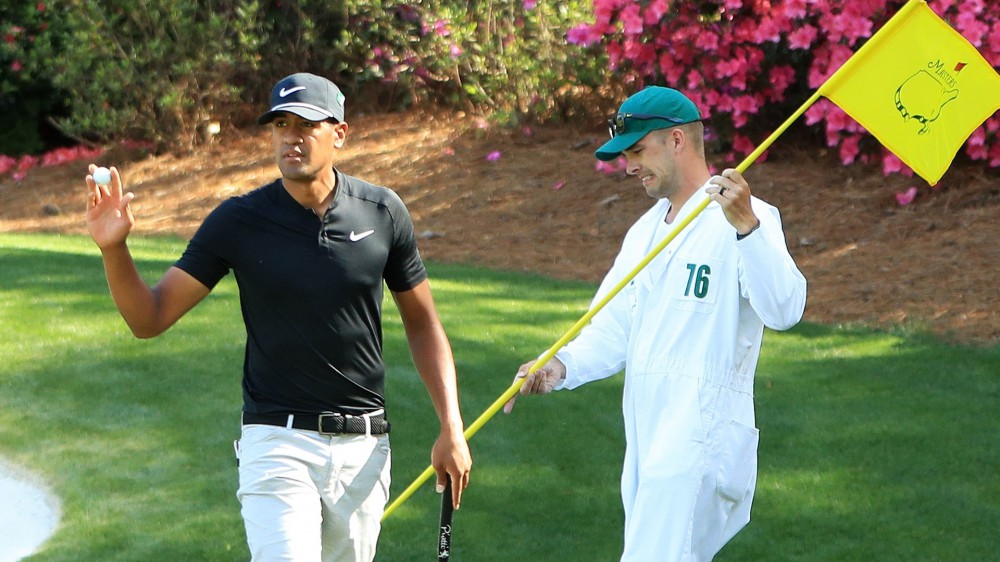