JERSEY CITY, N.J. – While none of the 12 players on this year’s International squad has ever lifted the Presidents Cup, few bring more motivation with them this week to Liberty National Golf Club than Jason Day.

Day was ranked No. 2 in the world at the 2015 Presidents Cup in South Korea, coming off a career year that included his first major victory. But the Aussie failed to find his form in Incheon, going 0-4-1, including a singles loss to Zach Johnson in an event that was decided by a single point.

Now offered a chance at redemption, Day didn’t sugarcoat his shortcomings from the last time he faced the Americans.

“I let the team down two years ago in Korea,” Day said. “If I actually played well, we probably would have had a good shot at winning. Unfortunately I take the blame for that. I didn’t play good. I was ranked No. 1 on the team for a reason, and I didn’t show up.”

Day returns to the biennial event as an elite player, but not quite at the heights he reached two years ago. He has not won a tournament since the 2016 Players Championship, and after starting the year ranked No. 1, he has since slipped to No. 7. Earlier this month, he amade a switch at caddie, parting ways with longtime looper Col Swatton for his former roommate, Luke Reardon.

But Day has started to turn things around in recent weeks, including a fourth-place finish two weeks ago at the BMW Championship in Reardon’s first event. Now viewed as one of the leaders in the International team room, he’s eager to pounce on the chance to make up for his lackluster performance two years ago.

“I’m hoping that I can redeem myself this week,” Day said. “It would be nice to be able to get more than the points that I got back in 2015. I’m just trying to do the best job I can to prep for this week.” 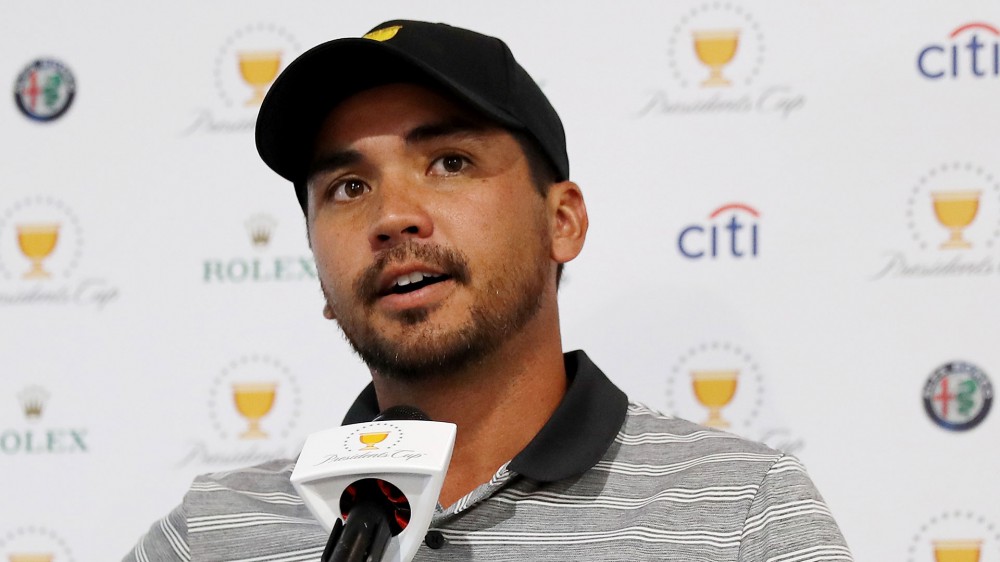 Dustin Johnson poised for weekend run at The Genesis Invitational

Watch: Olesen not happy with ruling at BMW