LAKE FOREST, Ill. – Jason Day no longer has Col Swatton to lean on as a caddie, but he still has plenty of positives memories when it comes to strolling the fairways of Conway Farms Golf Club.

Day reached world No. 1 for the first time with a wire-to-wire victory here two years ago, and the Aussie also tied for fourth back when it hosted the BMW Championship in 2013. He again felt right at home Thursday, when he opened with a 7-under 64 that left him two shots behind Marc Leishman and marked his lowest score since a third-round 63 at the AT&T Byron Nelson in May.

“It’s a great golf course. It sets up nicely for me,” Day said. “I felt like today was just a good, solid – I mean, 7 under is a great start, but just a good step in the right direction, especially with having Luke on the bag.”

Luke would be Luke Reardon, Day’s former roommate in boarding school who is making his caddie debut this week after Day split with Swatton, who remains his instructor. Day explained that part of his decision to give Reardon a test run this week tied back to his familiarity with the course, along with the fact that this week’s event doesn’t include a 36-hole cut.

“He’s one of my best mates, but we’ll be on the course together and I could completely hate him as a caddie,” Day said. “You don’t know until you actually do it.”

Granted, it wasn’t all rosy for Day during the opening round. He appeared to walk gingerly at times, and explained after the round that a nagging back injury has flared up once again.

“It’s just a little bit stiff in the back,” Day said. “It is what it is. I feel like I have a stiff back every week, so sometimes it’s better than other times. I’m just glad I have my guy here this week, because he’s done a fantastic job on it.”

Physical ailments aside, Day was pleased with his first competitive round away from Swatton, who has served as a father figure and who has been the only caddie Day has known since turning pro in 2006.

“Obviously not having Colin on the bag is something different, and I just didn’t know how I was going to play today because I’m so used to having Col on the bag,” Day said. “I think Luke did a fantastic job out there. We worked well together, and I hope we can keep that going.” 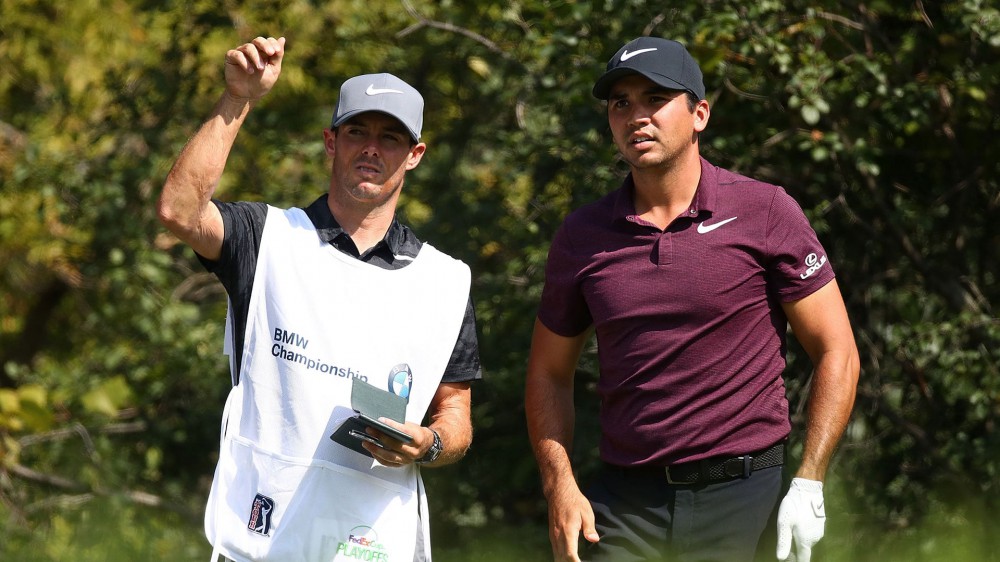