Day, Spieth struggle while others go low in Rd. 3

There were plenty of low scores available Saturday at the WGC-Bridgestone Invitational, but the day’s marquee pairing walked off the course in frustration.

Former world No. 1s Jordan Spieth and Jason Day played together for the third straight round at Firestone Country Club, each entering the day three shots off the lead. For Spieth, it was a chance to vie for a third straight win, while for Day it represented his first chance to contend since a playoff loss in May at the AT&T Byron Nelson.

But both players sputtered with a pair of bogeys down the stretch, and the chances of either leaving with the Gary Player Cup are now slim.

For Day, a bogey-bogey finish dropped him to 3 under and capped a tumultuous round of even-par 70 that also included five birdies and a double bogey.

“I’m pretty angry right now, to be honest,” Day said. “Going bogey-bogey is pretty poor coming down the stretch. I’ve got to do something special tomorrow so I get my chances back to try and win this thing.”

Spieth opened with birdies on the first two holes, but he gave strokes back on the very next two and only made one birdie the rest of the way. A wayward drive cost him a shot on the par-5 16th, as did a flubbed chip on the final hole. It added up to a 1-over 71, dropping Spieth back to 2 under and seven shots behind Zach Johnson.

“Hung in there. I really had a chance to shoot a low round today,” Spieth said. “I birdied the first two and I felt really good about my range session, my putting session before, and it just wasn’t meant to be today, but looking for some momentum tomorrow.” 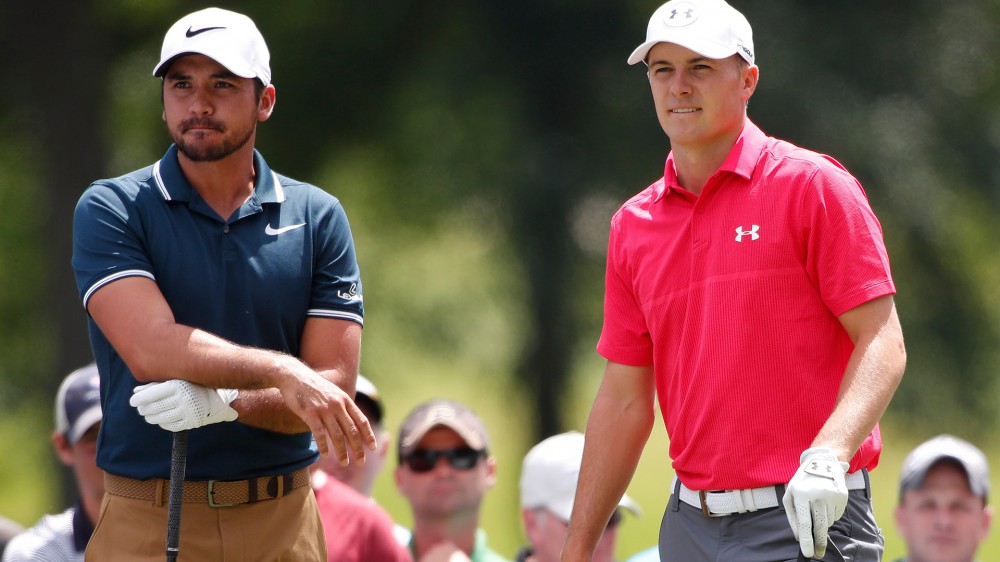