Trying to pump up the crowd at the Vegas Golden Knights hockey game, Bryson DeChambeau nearly cost himself a chance to win in his own sport.

DeChambeau was a special guest at the NHL team’s game on Saturday night, when he was tasked with “ringing the siren” before the start of the third period.

Check out the video here:

At the end of the clip, DeChambeau was seen looking down at his right hand.

“I ripped part of my hand off, which is nice,” he told reporters Sunday night.

Indeed, enthusiastically cranking the air horn left him a blister that he described as “a little bigger than dime size.”

“I was freaking out,” he said.

The morning of the final round, he put Nu-Skin on the wound, but it dried up and cracked.

So he applied moisturizer, and that seemed to help, and then the trainers at the player performance center on-site at TPC Summerlin bandaged him up well enough that he was mostly able to swing without discomfort. The only times he felt a twinge were when he got steep on his downswing or clenched his fist – you know, like after he poured in the 57-foot eagle putt on 16 to put away the win, his fourth since June.

“I gave that thing a whirl and got the crowd pumped up for the third quarter and they went on to win,” DeChambeau said, “so, more power to them, and more power to me, I guess.” 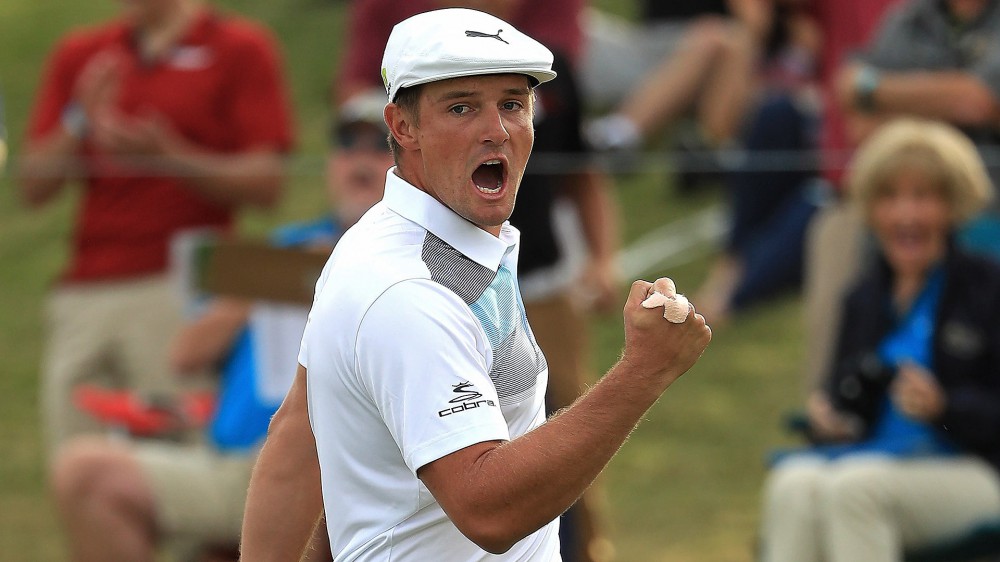