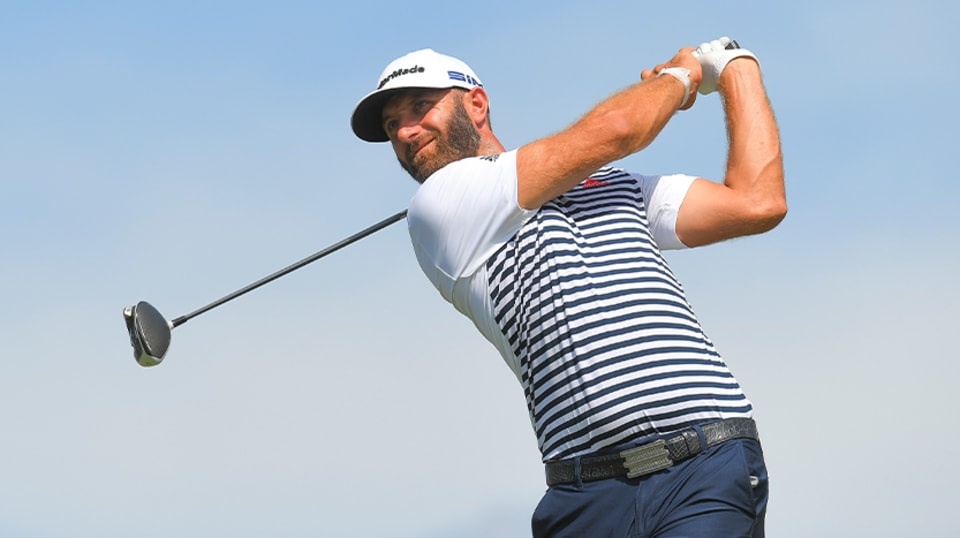 Take this week, for example, when he was asked whether he needed to do anything to keep pace with the distance gains Bryson DeChambeau made during the pandemic layoff.

“I don’t need to keep up with anybody,” Koepka deadpanned, before adding, “I’m good.”

The four-time major champion isn’t the only big hitter in the 3M Open field who’s content with the length he’s hitting it. So is another former world No. 1 Dustin Johnson. And so is defending champion Matthew Wolff.

“I feel like I hit it far enough to keep up,” said Johnson, who has ranked in the top-6 in driving distance in each of the previous 12 seasons. “Like I said last week, until I feel like I can’t beat these guys with my game or when I’m playing my best, then I’ll try to change something.

“I feel like right now, if I’m playing really good golf, that I can beat them. So, until then, that’s what I’ll have to go back and review.”

That’s from a 21-time winner who picked up his latest victory at the Travelers Championship where DeChambeau, who is leading the PGA TOUR in driving distance at 323.8 yards, tied for sixth. Johnson is tied for 26th with an average of 306 yards. Koepka ranks 19th with a 307.3-yard average.

Wolff, sixth in driving distance at 312.8 yards, felt the most heat three weeks ago at the Rocket Mortgage Classic. He took a three-stroke lead over DeChambeau and Ryan Armour into the final round only to be overtaken by DeChambeau’s 65.

The win capped off a string of seven straight top-10 finishes by DeChambeau, who took the following week off before missing the cut at the Memorial Tournament presented by Nationwide.

DeChambeau is not at TPC Twin Cities this week but did finish T-2 here last year after Wolff eagled the 72nd hole with a 26-foot putt. Of course, that was before DeChambeau’s distance gains, as he’s picked up more than 21 yards off the tee in the last 12 months.

Wolff didn’t feel like DeChambeau’s distance was the deciding factor in Detroit. Yes, the eventual winner played incredibly well but Wolff stumbled early, making a bogey at the start, and turned in 38 before “buckling down” with birdies on four of his last seven holes for a 71 and solo second.

“I don’t think that at any time soon it’s going to get to the point where people need to start hitting it ridiculously far because although it might help, I think that there are people out here who prove week in and week out that, … they’re not short, but they’re not long, but other parts of their game are so great.”

Case in point, Wolff said, is Armour. He ranks 196th in Driving Distance with an average of 284.1 yards and was tied with DeChambeau for second entering the final round. The 72 he shot on Sunday left him tied for fourth — Armour’s second consecutive top-5 finish.

“I was talking to him about it, about how Bryson is chasing distance and what he’s doing is unbelievable, but I was talking to Ryan about it and Ryan said he had a stretch where he chased distance and he was struggling a lot because he couldn’t keep the ball in the fairway, and that’s his game,” Wolff said.

“He doesn’t hit the ball overly long, but he’s very straight, he’s a very good iron player and a good putter. He went back to that and you saw how well he did in Detroit. I think the most important thing is just to stick to what you do best in your game, not try to change your game based on other people.

“Like I said, what Bryson’s doing is unbelievable. I think to be so precise with your irons and still such a good putter, but hit the ball as far as he does, it is very impressive. But I wouldn’t recommend it to everyone because not everyone can gain distance. Sometimes if you do try to gain distance, it affects other parts of your game.”