Home Golf News & Information DJ, Rory among those over par on Day 1 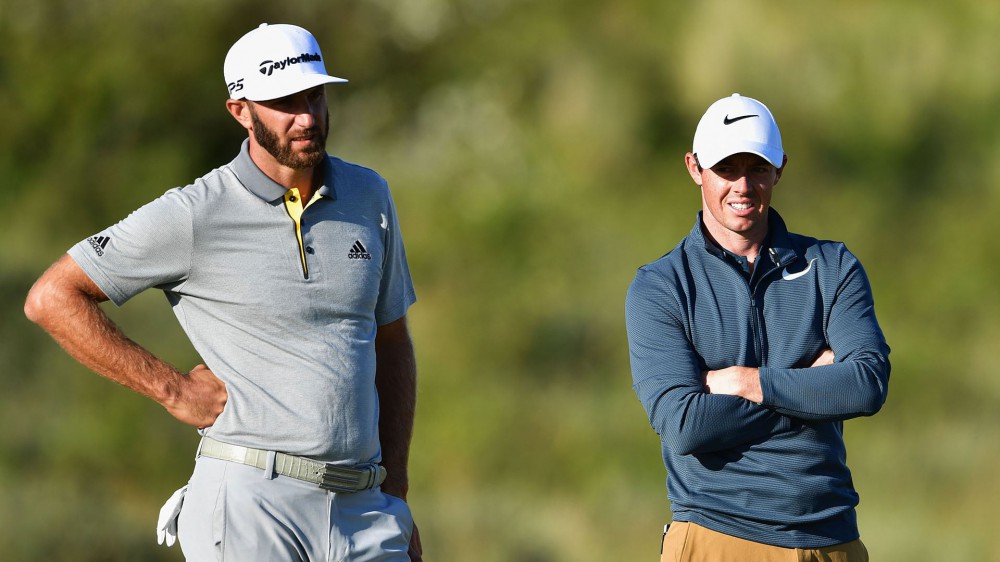 SOUTHPORT, England – While Jordan Spieth, Brooks Koepka and Matt Kuchar are at the top of the leaderboard, there are plenty of big names who failed to break par Thursday in the first round of The Open at Royal Birkdale.

Dustin Johnson, normally a birdie machine, only made one birdie and collected two bogeys. Justin Rose, who burst onto the golf scene at Birkdale in 1998, bogeyed three of the last five holes. Rickie Fowler, picked by many to win the claret jug, made four birdies and five bogeys. And Rory McIlroy, coming off two straight missed cuts, bogeyed five of the first six holes but rebounded with birdies on three of the last four holes.

“I kept a good, positive attitude,” McIlroy said. “And it turned around for me, thankfully.”

Phil Mickelson, Sergio Garcia and Padraig Harrington were in a group who shot 3-over 73.

Harrington, the Open champion from 2008 at Birkdale, had one bogey and one double bogey. Mickelson’s round of three bogeys and 15 pars marked the first time he failed to record a birdie or eagle in an Open round since Thursday of the 1999 Open at Carnoustie.

Garcia bogeyed the par-5 15th hole then followed that with a double bogey on the par-4 16th hole. He birdied the final two holes to keep his round from being much worse.

“I didn’t hit many fairways,” Garcia said. “Even the good drive I hit, I didn’t hit the fairways. My iron play wasn’t great. And the birdie chances I had early on I didn’t make them. And then I started hitting some bunkers and they got tougher as the day went on.”