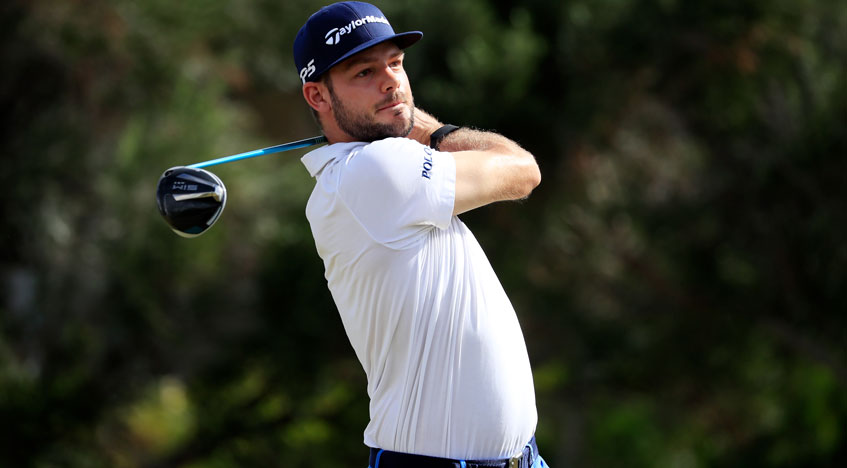 The PGA TOUR travels to Minnesota for the 3M Open at TPC Twin Cities. The course will play as a par 71, measuring 7,431 yards, and the putting will take place on bentgrass greens. Similar to Muirfield Village, TPC Twin Cities will have thicker-than-average rough but won’t be nearly as difficult as the Memorial. The tournament will also have 150-plus golfers in the field, which should factor in your DraftKings DFS strategy.

TPC Twin Cities will host the 3M Open for the second straight year, and with only one year of data, ball-striking — and specifically, Strokes Gained: Approach-the-Green — will be a priority this week. Last season, the 3M Open recorded the most birdies and the seventh-most eagles. It ranked as the 14th easiest course in scoring relative to par, making birdies or better gained is another key statistic to factor in when building your DraftKings lineups. The course could also play similar to the Rocket Mortgage Classic, in which total driving, with a slight emphasis on distance Off-the-Tee, should be one of the complementing statistics when deciding which golfers to roster. Last season, the top seven who led the tournament in driving distance finished inside the top 15, including the defending champion, Matthew Wolff ($9,700), who was second in driving distance.

The field of 150-plus golfers will put a premium on getting all six of your golfers through the cut. Last week was tough, but the percentage of six-of-six lineups in the DraftKings Millionaire maker contest was around 7%, increasing by 40% from the previous week (at the same course). TPC Twin Cities should yield a lot of birdies this week. Composing a roster with higher-salary golfers and pairing them with some cheaper players who have the propensity to play aggressively and score at a higher rate should be the strategy over a balanced lineup construction.

Finau lost 4.27 strokes Tee-to-Green on the weekend and shot 7-over par after going 9 under through the first two rounds. Finau’s ball-striking was impressive, and he still finished the tournament gaining close to 4.4 strokes Tee-to-Green even after collapsing on the last 27 holes last week. The salary increase from last week should keep Finau’s ownership in check, especially for someone who finished inside the top eight and is playing the best in this price range. Paul Casey ($10,100) is the pivot off of Finau. Other than the quintuple-bogey on 12 in the second round, Casey was playing solid golf and just missed the cut by one.

Watson’s golf hasn’t been pretty since his top 10 at the Charles Schwab Challenge, missing the cut in three of his last four tournaments. He’s lost an average of 2.4 strokes on the greens over his previous five tournaments and lost close to four strokes through his putting last week. The stats above paint a grim picture for Watson, but his ball-striking was tremendous last week, gaining just over four strokes with his irons and 4.85 strokes Tee-to-Green on the weekend. Distance off the tee should help him at TPC Twin Cities, and Watson ranks inside the top five in driving distance and seventh in Strokes Gained: Off-the-Tee. He managed to shoot two consecutive rounds under par last week (Round 2-3), and he should be able to score here, ranking 28th in birdies or better gained and inside the top 25 in eagles gained over the field.

Another quiet, yet impressive top-15 finish for English in his first tournament back since testing positive for COVID-19. English was excellent last week, gaining 6.02 strokes Tee-to-Green and shooting an even-par (72) on Sunday when the scoring average was closer to 4-over par. His worst round last week was a 74 (+2), which was remarkable given the conditions of the course throughout the weekend. English doesn’t make a ton of birdies, but he also doesn’t make a ton of bogeys, carding just 11 last week and ranking second in the field over his previous eight rounds. English should be a solid anchor in your DraftKings lineups given he has a good shot at making the cut again this week.

Redman missed his first cut since coming back from the shutdown by losing six strokes on the greens over the first two rounds. Still, he was able to gain just over three strokes through his ball-striking, which is what you need at TPC Twin Cities. He has now gained an average of 4.4 strokes with his irons over the last five tournaments, which is why it’s no surprise he ranks first in Strokes Gained: Approach-the-Green over the previous two months. Erik van Rooyen ($8,800) also makes the list of golfers to roster in this range. Van Rooyen was second in Strokes Gained: Approach-the-Green last week, gaining over eight strokes with his irons.

Ryder’s seventh-place finish at the Workday Charity Open was his best since finishing third at the Shriners Hospitals for Children Open in November 2018 at TPC Summerlin. He now gets another TPC course in search of another solid finish and should continue his tremendous ball-striking, ranking 14th in Strokes Gained: Approach-the-Green and inside the top 15 in birdies or better gained.

The Around-the-Green game hasn’t been good or even mediocre for Hadley; it’s been awful (he ranks 172nd on TOUR). Still, he more than makes up for what he lacks in his short game with his ball-striking, ranking ninth in approach and 31st in Strokes Gained: Off-the-Tee over the last two months. He’s now gained strokes through ball-striking in three of his last four tournaments and has missed only one cut since coming back from the shutdown.

ABOUT THE WRITER: I am a promoter at DraftKings and am also an avid fan and user (my username is reidtfowler) and may sometimes play on my personal account in the games that I offer advice on. Although I have expressed my personal view on the games and strategies above, they do not necessarily reflect the view(s) of DraftKings and I may also deploy different players and strategies than what I recommend above. I am not an employee of DraftKings and do not have access to any non-public information.