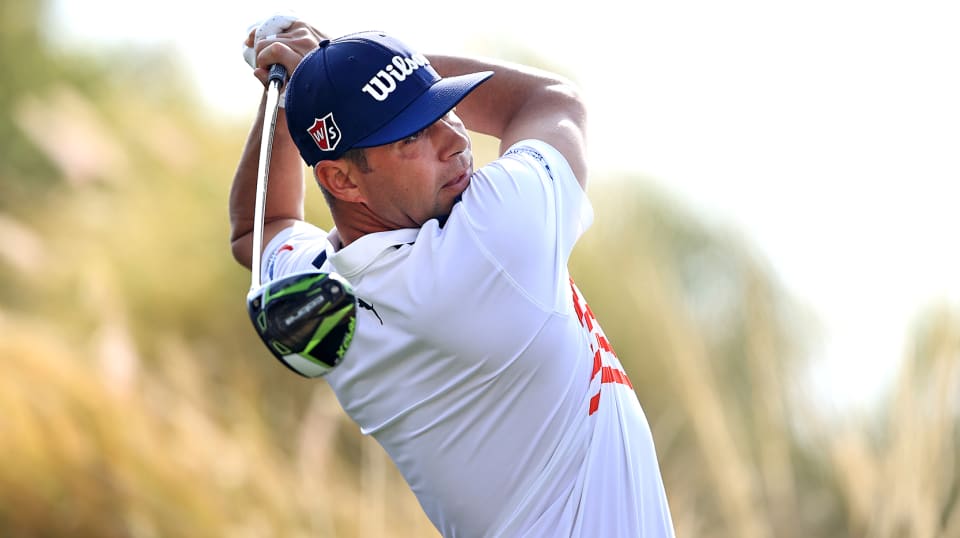 Torrey Pines won’t necessarily be yielding a ton of birdies as we’ve seen over the past few weeks. Winning scores have been as low as 6 under to as high as 21 under in the past, meaning conditions will play a factor—true of any coastal course. A mixture of efficiency off-the-tee and approach will be the formula for success this week. The top 5 finishers have averaged a total of just under 1.5 strokes gained approach plus off-the-tee per round over their competitors at Torrey Pines.

The South Course will host the 2021 U.S. Open, and rest assured, the USGA will make it much more complicated than what we’ll see this week. Still, this doesn’t mean that the course is easy, especially when hitting the fairways. The South Course recorded a 10 percent lower rate in fairways hit in regulation percentage over the PGA TOUR average. Accuracy always helps, but it won’t be as advantageous as it will be in June for the U.S. Open. Last year, Marc Leishman (+4150, $8,700) hit less than half of his fairways for the tournament and only managed to find the shortgrass three times on Sunday, but still shot a 7-under (65) to go on and win by one. Golfers who have an extra gear with their drivers should be helped on the South Course this week, but distance isn’t as vital as other key stats like approach and around-the-green this week. With longer approach shots predominantly coming in from 200-plus yards out, golfers have recorded a lower rate in greens in regulation hit percentage here against the PGA TOUR average.

When looking for an edge over other lineups, rostering golfers in a specific tee draw may do the trick. Over an eight-year span, from 2011 to 2018, the eventual winners started on the South Course, not having to play the more difficult track three days in a row.

Another Sunday misstep from Finau could be an opportunity to roster him this week at a decreased roster percentage. Finau logged his 13th top 5 since 2017, and that’s excluding his six runner-up finishes in the same timeframe. Now he comes to a course where his length off-the-tee will be an advantage and where he’s first in Strokes Gained: Total since 2016. Finau gained just over nine strokes tee-to-green last week but lost strokes putting. Historically, Finau’s bent and poa annua splits have been much better than when he’s on bermuda. Finau’s roster percentage will play a big part in how much we should invest in him, especially in larger GPP tournaments.

Wolff should be someone we should consider rostering this week, even though he finished 40th last week at a much easier course. Wolff’s comment about ‘fatigue’ is a little worrisome considering how young he is and that he played in his first tournament back from the offseason last week. Still, the California-kid has a game tailor-made for Torrey Pines. Over the previous 50 rounds, Wolff ranks 12th in driving distance and inside the top 15 in approach proximity from 200-plus yards away. His poa annua putting is excellent, never ranking outside the top 15 over his last 12 rounds on poa annua.

Woodland showed he’s slowly getting back to form after his injury last season with a 16th place finish in Palm Springs. Like Wolff, Woodland also has distance but was able to gain 2.7 strokes off-the-tee while Wolff struggled in this category last week. Since 2011, Woodland has only missed the cut once (last year) with two top 20s, a top 15 and two top 10s. Gaining 1.5 strokes with his irons last week was a good sign, and his number on DraftKings Sportsbook and his price on DraftKings presents some value this week.

Huh has been playing remarkably well and also deserves consideration in this range. Over the last three months, Huh has two top 25s, a top 15 and is gaining an average of 5.7 Strokes Gained: Total over his last five tournaments. Huh lost 3.38 strokes putting on the Stadium Course last week; if his putting gets back to even, we could see another top-20 or even better from this California State Northridge alum who’s only missed the cut once here back in 2014 over the previous nine years.