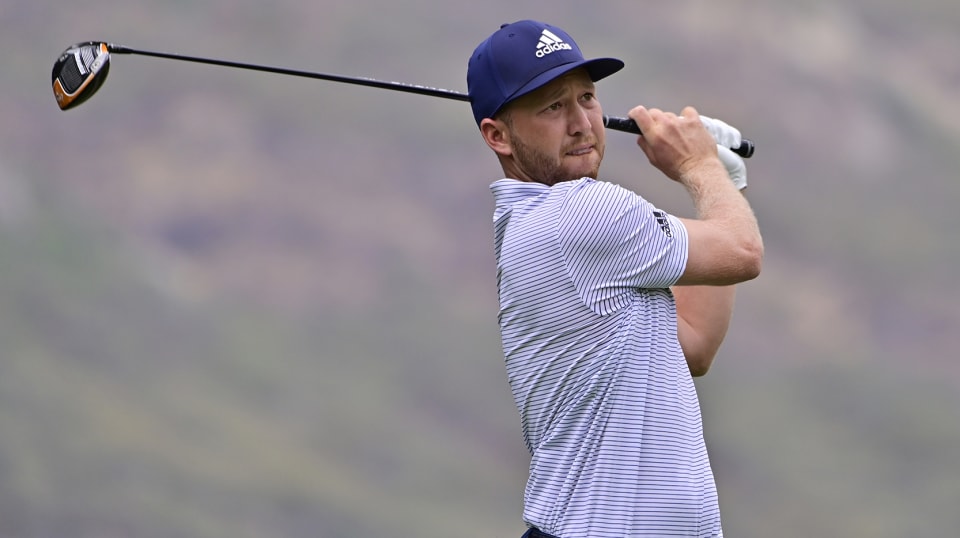 The PGA TOUR will finish out the calendar year with the Mayakoba Golf Classic presented by UNIFIN at El Camaleon Golf Club in Cancun, Mexico. The coastal resort course will play as a par 71, measuring 7,071 yards, and it will be played on paspalum greens this week.

Past winners include Brendon Todd ($8,600), Patton Kizzire ($8,000), Pat Perez ($7,300), and Graeme McDowell ($7,100), showing that accurate drivers who don’t necessarily hit it far off the tee have done well here. The rough isn’t thick, so it’s not entirely imperative to keep it in the fairway, but similar to The RSM Classic, distance isn’t going to substantially increase the golfers’ chances to win here. This week, the strategy is to roster ball-strikers who can play well in coastal conditions, especially golfers who’ve done well in the Sony Open at Waialae Country Club in Hawaii. The Mayakoba Golf Classic and the Sony Open have seen golfers like Patton Kizzire, Charles Howell III ($8,100), Russell Knox ($7,700), and Brice Garnett ($7,000) play well on both courses.

As we’ve seen throughout the year, rostering high-priced golfers with cheaper options (instead of a balanced approach in salary) has proven successful. A couple of weeks ago at The RSM Classic, the optimal lineup had Robert Streb and Andrew Landry in it, both priced at $6,300.

Thomas didn’t have his best game at Augusta National back in November and he still finished fourth, which should give you an indication of his upside. Thomas played here once back in 2014 and finished 23rd, which isn’t as important as how well he plays on similar courses to El Camaleon. One of Thomas’ 13 wins came back in 2017 at the Sony Open, where he shot a 59 in the opening round. Thomas recently recorded a top eight at the RBC Heritage back in June and hasn’t missed a cut since the Travelers Championship in June. Hopefully, his roster percentage is lower than it should be with other top 10 ranked players in the field because he’s worth paying up for this week.

Munoz took a big step forward in his career this year with a top 20 at his first Masters Tournament and two top 10s in the FedExCup Playoffs last season. His missed cut at The RSM Classic shouldn’t worry you coming off the heels of a Major with fatigue hitting him down in Sea Island. Munoz doesn’t have the best record on coastal courses, but his ball-striking coupled with potentially low roster percentage may be too hard to fade this week. If Munoz isn’t making your rosters, going up another pricing tier to Corey Conners ($9,000) should be the play. Back-to-back top 10s and an impressive record at corollary courses like The RSM Classic, Wyndham and the Sony Open make Conners a decent choice if he can putt field average again this week.

Reavie disappointed at The RSM Classic by missing the cut, but he still has some value this week. Reavie wasn’t able to make any putts in Sea Island, but has been successful in Mayakoba with four straight cuts made, a fourth-place back in 2016, and back-to-back 26th places in the last two years. Reavie ranks third in fairways gained over the previous 12 rounds and fourth in Strokes Gained: Approach-the-Green over the last 36 rounds. He isn’t going to be heavily rostered, making him an excellent GPP play. You should also consider Adam Long ($7,800) in this range. His roster percentage may increase throughout the week, which will make him less appealing. Still, he’s been playing great and hitting his irons exceptionally well, gaining a total of 8.8 strokes with his irons in his previous two events.

Another GPP tournament play like Reavie, Ghim should fit nicely with either Justin Thomas or one of the other expensive players in your DraftKings lineups. He’s been striking the ball beautifully, ranking seventh in Strokes Gained: Approach-the-Green over the last six months. Ghim was an alternate coming into this week and got into the field when Cameron Tringale withdrew; you should expect him to make the best of his opportunity down in Mexico. A recent 14th in Bermuda and 18th at The RSM Classic should give you some confidence in Ghim’s ability to play in these conditions. He has two missed cuts in his last seven events but hasn’t finished worse than 23rd when making the weekend dating back to the 3M Open in July.

At $200 above the flat-minimum price, Hoag is an extremely cheap option that could outperform his price this week. Hoag finished 20th here last season and has shown he can play well on similar courses, finishing 42nd at the Wyndham and ninth at the Sony Open earlier this year. Remember, Hoag is a dart throw who missed five straight cuts before finishing 30th at The RSM Classic a couple of weeks ago. The ‘safer’ play in this price range could be Adam Schenk ($6,900), who’s made 11 out of his last 12 cuts and has made the weekend in two out of the three years he’s played here.