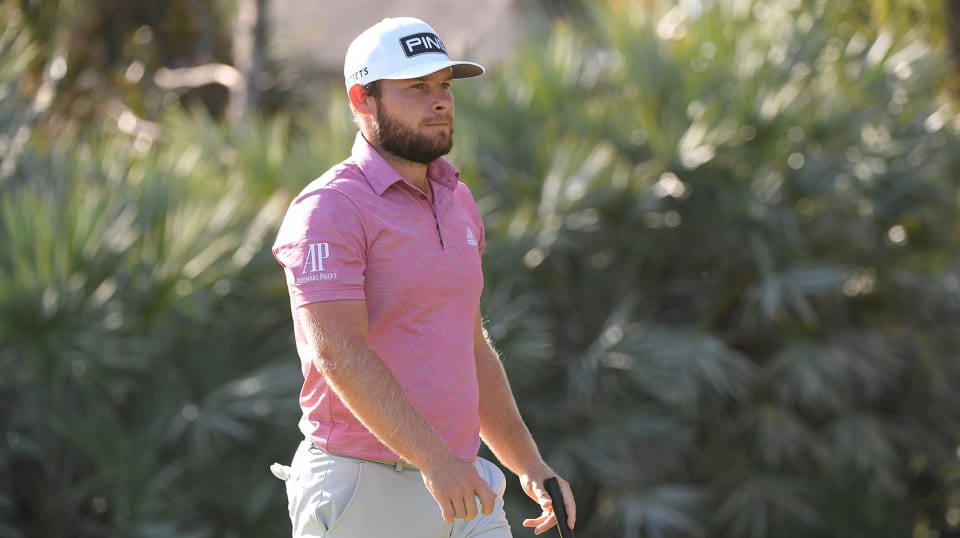 The second World Golf Championships (WGC) event will be the Dell Technologies Match Play at Austin Country Club in Austin, Texas. The course is a par 71, measuring 7,082 yards and will be on TifEagle bermudagrass overseeded with Poa Trivialis.

Another Pete Dye design presents another test of precision golf. Austin Country Club sports deep pot bunkers, undulations throughout fairways and greens, and resembles a Scottish-links style layout. The course also has its lowlands and highlands, and players like Jordan Spieth (+2500, $9,300) have mentioned that the two nines play like two different courses. All Pete Dye courses demand precision with the approach shot, but we should also be leaning toward Strokes Gained: Off-the-Tee more this week. Gamesmanship is a factor in Match Play. Triple bogeys don’t carry the same negative weight as they do in stroke play, but driving it past your opponent and playing your second shot based on what your opponent does is advantageous in this setting. The course doesn’t just suit the bombers, but when Dustin Johnson and Bubba Watson win here, we should be taking notice.

We should also include standard strokes gained stats alongside Match Play success and experience this week. Ian Poulter (+10000, $6,700) has lost strokes through approach in seven-straight measured tournaments but has one of the best singles Match Play records at 43-18-5 for his career. Conversely, Collin Morikawa (+1800, $10,400) ranks first in Strokes Gained: Approach-the-Green over the previous 24 rounds and makes his first Match Play appearance in his PGA TOUR career.

The highest-ranked golfer in Group 8 should be one to consider this week given how well he’s currently playing and how successful he is in this format. Hatton’s career singles record is 9-6-1, finishing T9 here back in 2019. Outside of the missed cut at THE PLAYERS a couple of weeks ago, Hatton hasn’t finished worse than a T23 worldwide since November of last year. Hatton will seldom outdrive anyone in his group, but he shouldn’t be losing a ton of strokes off-the-tee to his opponent, ranking 15th over the previous 24 rounds. His approach game ranks top 5 over the same timeframe and he should be someone to chase this week unless you’re competing against him.

He’ll have to get past Jason Day (+5000, $8,400), the 2016 Champion, and Xander Schauffele (+2500, $10,000), the sixth-ranked golfer in the world, but we should like his chances this week on a semi-home course in Austin, Texas. The University of Texas alum could go under the radar in his quadrant with Jon Rahm (+1400, $10,700) and Xander potentially leading the way in sentiment this week. His PGA TOUR Match Play experience is non-existent, but he’s no stranger to this format. He won the 2013 Junior USGA Championship and defeated Aaron Wise in their singles match during the 2016 NCAA National Championship Final. Another player to consider is Abraham Ancer (+5000, $7,700), who is in Group 13. He played exceptionally well at the 2019 President’s Cup, finished T17 here back in 2019 and ranks second in Strokes Gained: Tee-to-Green on Pete Dye courses over the previous 24 rounds.

Group 10’s low man is another under-the-radar golfer we should be considering this week. A top 3 finish at TPC Sawgrass a couple of weeks ago is part of what makes up his fantastic experience on Pete Dye courses, ranking second in Strokes Gained: Total on Dye courses over the previous 24 rounds. Harman finished T9 here back in 2018, which consisted of beating Rory McIlroy (+1800, $10,200) 5 and 3. Harman has a 2-1-1 career singles record in Match Play. Another longshot who could surprise this week is Robert MacIntyre (+15000, $6,500), who’ll have to take down the No. 1 golfer in the world to advance. MacIntyre is from Scotland, and this layout shares a lot of similarities to courses he’s played back in his home country. Like Scheffler, his experience in Match Play on the PGA TOUR is zero; he doesn’t even have a lot of experience playing on the PGA TOUR. This week could be a launching pad for the young-professional if he could beat Dustin Johnson and Match Play maven Kevin Na (+10000, $7,100) to advance.

• Get your picks in before play starts Wednesday, March 24th for your chance to win a VIP Tournament Experience to the 2022 WGC-Dell Technologies Match Play!

• To fill out your bracket, visit https://fantasybracket.pgatour.com/#/picks/mine