Thanks to a Saturday score of 1-under 71 , PGA Tour rookie Tyler Duncan will take a one-shot lead over Chesson Hadley into the final round of the Safeway Open. Here’s how things stand through 54 holes at the 2017-18 season opener:

What it means: The Web.com graduate Duncan is looking to win the first event of his rookie season, just like Emiliano Grillo did at Silverado two years ago. With a win tomorrow, Duncan would earn an exemption through the 2019-20 season and invites to the 2018 Tournament of Champions, The Players, and the Masters. To do so, he’ll have to hold off Hadley, who has won twice on the Web.com Tour since July, including a Finals event less than a month ago, the Albertsons Boise Open. Those two will be chased by the last two winners at Silverado, Steele and Grillo, and the 47-year-old Mickelson, who remains in search of his first win since the 2013 Open at Muirfield.

Round of the day: Ted Potter Jr. climbed 49 spots with a mistake-free 8-under 64. Starting on the back nine, Potter birdied five of his first seven holes.

Best of the rest: Cauley and Kevin Na both posted bogey-free 6-under 66. Cauley will start the round just two back, as the former Alabama standout once again chases his first PGA Tour victory.

Biggest disappointment: He was under par in Round 3, but Tony Finau dropped three spots with a 1-under 71. The big-hitter failed to generate momentum in a start-and-stop round and needed a birdie on the par-5 finishing hole to finish in red figures for the day.

Shot of the day: Even at 47 years old, after 25 years on Tour, Mickelson continues to amaze. After missing well right of the fairway at 13, Lefty hit this recovery shot from 191 yards to set up an improbable birdie:

Us analyzing the shot:

Quote of the day: “It was one of my better ones. I just smother-hooked a 7-iron. … If you hit enough of those shots. You kind of figure them out over time.” – Mickelson on this birdie at 13 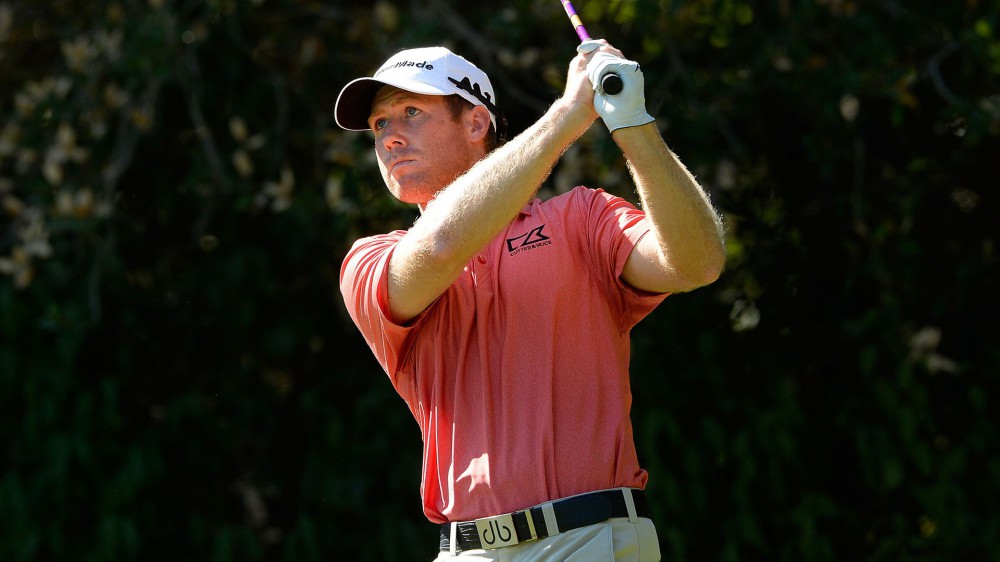