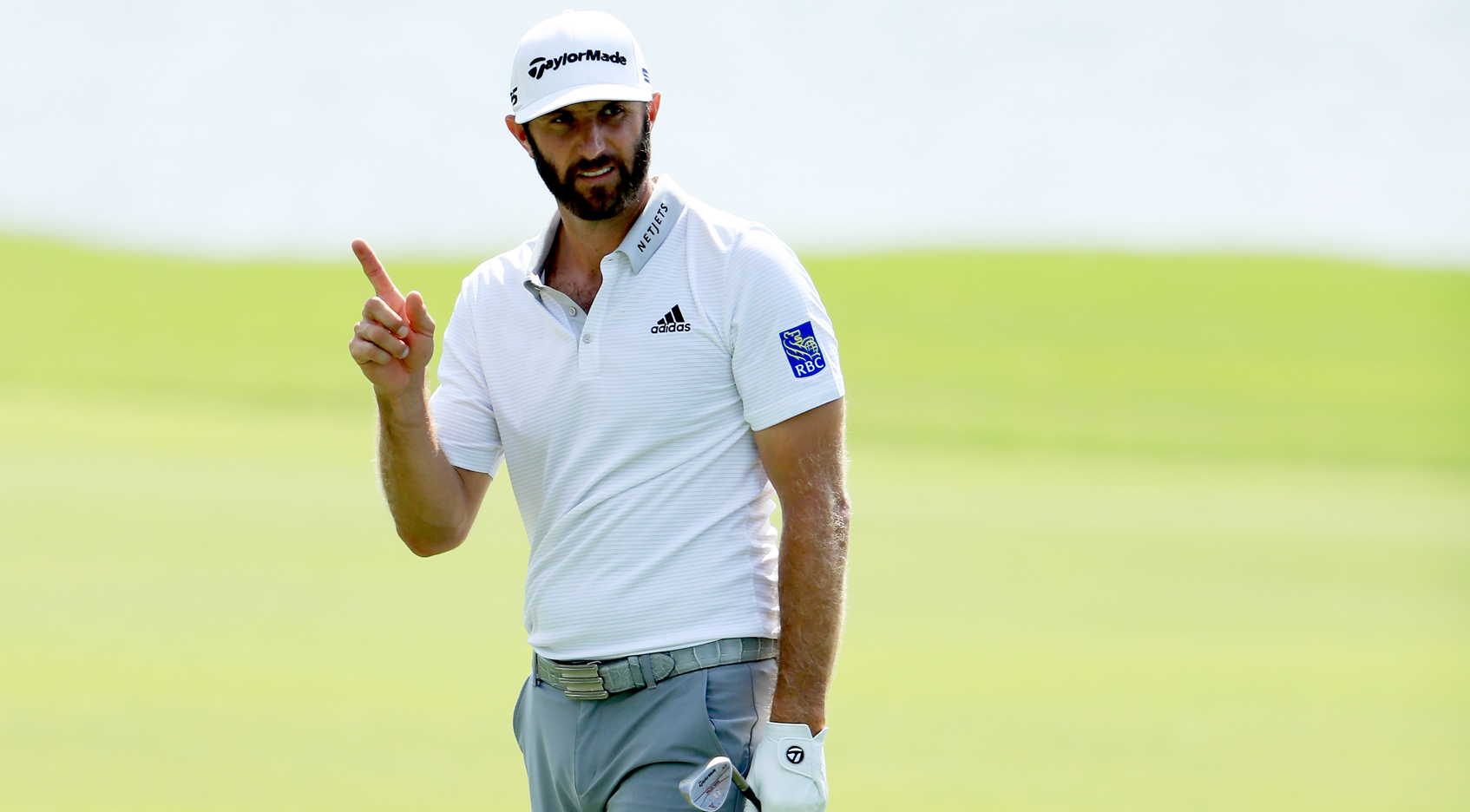 ATLANTA — Dustin Johnson went the last three hours over 13 holes without hitting from the fairway and still manged to hang on to the lead Saturday after two rounds at the TOUR Championship.

Johnson could at least see his entire golf ball from the first cut on the par-5 18th at East Lake, setting up a two-putt birdie for an even-par 70 and a one-shot lead lead over Sungjae Im.

The big picture going into the final two rounds is all about opportunity.

As well as Johnson has been playing — two runner-up finishes and an 11-shot victory in his last three starts — there was a chance he could have started with that two-shot lead and created some big separation.

Instead, nine players are separated by five shots heading for the Labor Day finish.

Im, the budding star from South Korea whose game had gone lukewarm coming out of the three-month shutdown, birdied three of his last four holes for a 64 and will be in the final group with Johnson.

Xander Schauffele, who won the TOUR Championship as a rookie in 2017, ran off three straight birdies late in his round for a 65 and was two shots behind. Another big move came from PGA champion Collin Morikawa, whose 66 put him in range.

And it took some help from the leading players who stumbled on an East Lake course that punished mistakes.

Johnson has rounds of 67-70, and along with starting at 10 under because of his No. 1 seed, was at 13-under par. He hit only two fairways — the first hole and the fifth, where both times he made par. He still managed a birdie on No. 8 when he chipped in from 40 feet and the final hole, one of the two par 5s at East Lake.

Rory McIlroy, who managed only two birdies, lost ground at the end with a shot that laser cameras estimated at 85 feet, which didn’t account for how far it sunk to the bottom of the lake. He tried to reach the 18th green from the thick rough just through the fairway, and it topped out into the water.

Justin Thomas pulled within one shot until he couldn’t convert birdie chances and then drove so far left on the 18th that he had to pitch out sideways, leading to bogey and a 71.

Jon Rahm again was keeping stride with Johnson until he found the water off the tee at the par-3 15th and made double bogey, followed by a wild drive that led to bogey on the 16th. He shot a 74, nine shots worse than his opening round. That left him four shots behind at 9 under, along with Morikawa and Tyrrell Hatton, who had a 66 and spoke for the field when he said hitting from the rough “is a complete lottery.”

That’s what was so maddening for Thomas, who felt like he was hitting it well enough from tee to green. He ranks last in the 30-man field in putting, which would not surprise him.

“I should have never shot over par today with how well I played,” he said. “I just made absolutely nothing.”

That much was evident when his 6-foot par putt swirled in and out of the cup, and Thomas gave it a sarcastic thumbs-up.

McIlroy said he tried to take on too much with his shot that he duffed into the water, but he didn’t appear too shaken. This was more about the leaderboard than perspective on life from being a new father.

“It doesn’t look like I’m going to lose any ground today anyway, which is some sort of consolation,” he said.

Rahm was frustrated as ever, mainly because he couldn’t capitalize when he was in the fairway and felt it was another round at East Lake that would cost him. Now, however, he’s still only four shots behind with 36 holes remaining and the FedExCup still very much up for grabs.

“The closest I came from the fifth hole on to make a birdie was that bunker shot on 18,” he said of his third shot from behind the green. “That’s the best look I had all day. It’s just one of those days. But like you said, the mentality is right now we’ve played two days of the tournament. I’m four back going into the weekend. Anything can happen.”