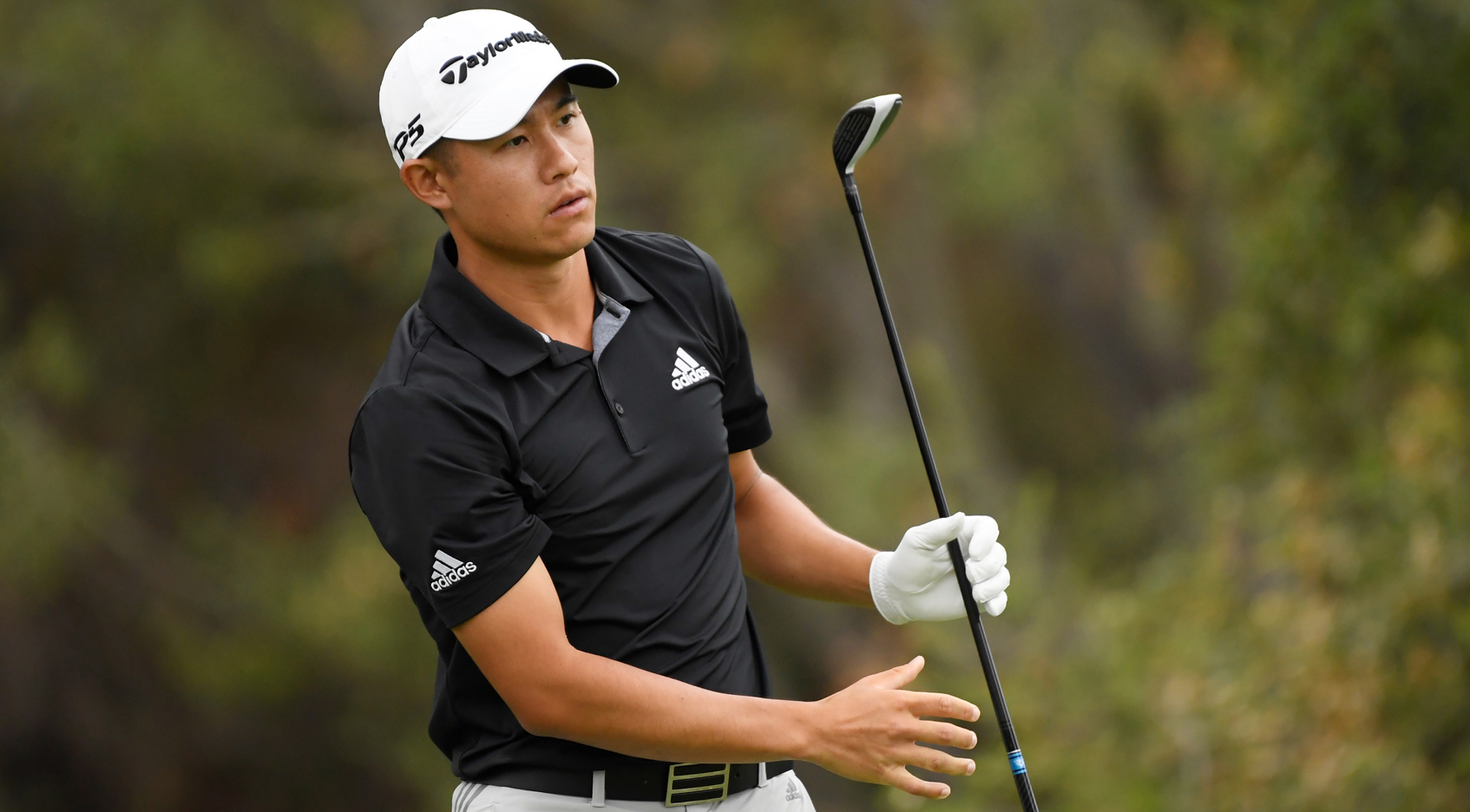 If it’s been a while since you’ve received some good news, I’ll end the drought right now.

With the certainty of sounding like an informercial, you want and need this additional intel. Along with my preview material spread over a few days, Mike Glasscott’s weekly contribution already complements your prep work, but many more of the elements of one-stop shopping have returned.

The 2020 Masters is the antepenultimate tournament in Segment 1 of PGA TOUR Fantasy Golf. Like the Mayakoba Golf Classic the week after Thanksgiving, ShotLink technology is not utilized, so only actual scoring and bonus points will measure performance.

The RSM Classic next week is a two-course setup, but because ShotLink is used only on the host, shot-level data is not used at all in the fantasy game.

With the last three tournaments being equal in that context, feel free to unload your last starts on everyone and anyone at the Masters. Not only are bonus points fractionally higher because more FedExCup points are distributed in majors, if you were to rank tournaments based on the value of course experience and success, the Masters would slot No. 1. It’s the only reason why there are no debutants in the Power Rankings, a fact that caught the eye of a few puzzled readers in the comments beneath that file.

This is all the more reason to check out Horses for Courses at Augusta National. Glass shows you how Sergio Garcia (2017), Patrick Reed (2018) and Tiger Woods (2019) tackled the course en route to their victories. He also segregates golfers using starts and cuts made, top 10s, top 25s, recent top finish and adds notes for even deeper detail.

Collin Morikawa … Part of the book on the three-time PGA TOUR winner is that course history has had nothing on him. In that sense, he comps to fellow former Pac-12 product, Jon Rahm, who wasted no time in succeeding as soon as he made his presence on the PGA TOUR known in earnest in 2016. Yet, even the Spaniard settled for a T27 in his first go at Augusta National in 2017. Morikawa’s combination of talent and intelligence alone should yield a top 20 in his debut, but it’s rare for a first-timer to crack the Power Rankings for the Masters.

Matthew Wolff … It’s easy to jump on the back of the 21-year-old, but the learning curve is the learning curve, and he’s a tournament debutant. Tackling Augusta National is entirely different than every other track where he’s been a first-timer, so it must be respected with context. This mild endorsement gives him benefit of the doubt on approach to large greens and his propensity to get white-hot. The traditionally top-heavy field doesn’t hurt.

Francesco Molinari … It’s time for redemption. He’s gone through a lot personally with an international relocation and he’ll have to deflect the demons when he plays the 15th hole for the first time so that he can get to the other side of what transpired there last year, but the value of having all of that behind him with considerable rest upon arrival is paramount. He’s 6-for-8 with three top 20s at Augusta National and he’s fresh off a T15 in Houston.

Justin Rose … A contrarian in all formats because of his inability to sustain form week over week for a while now. Rested since a T17 at Sherwood where he ranked inside the top 10 in proximity and Strokes Gained: Putting, so that’s better than the alternative. After cashing in his first 13 appearances at Augusta National, he missed the cut last year.

Cameron Smith … The stars are aligned for the 27-year-old Aussie. He has a reputation of being streaky and he’s currently riding the crest of a wave with 10 consecutive cuts made, the last two of which the best of the bunch – solo 11th at Shadow Creek and T4 at Sherwood. He’s also no stranger to Augusta National where he’s 3-for-3 with a T5 in 2018. Figure out a way in DFS.

Paul Casey … On course history alone, he’s at worst the Wild Card, and he’s only three months removed from the close call at TPC Harding Park, but the Brit has been inconsistent enough since to fall off the pace of the projected contenders. Still, confidence remains high for a top 25.

Cameron Champ … Among the throng of first-timers, so expectations are tempered. More than anything, he’s grown comfortable at this level as he cycles through the sites, and he’s built for the biggest stages, so it seems that it’s only a matter of time before he’s a staple in the Power Rankings in the majors.

Jordan Spieth … I want to believe, you know I do, but if scoring is low because the course is soft, and he’s finding greens at the clip that contributed to his extended slump, then it’s not reasonable to anticipate an outcome resembling any of his first six performances at Augusta National. Last year’s T21 easily was his worst (and he opened with a personal-worst-tying 75), but his ball-striking still was strong enough at the time to understand how it happened. Slot him somewhere between fractional DFS consideration and a trap.

Rickie Fowler … Another for whom the course-history car wash applies. His runner-up finish in 2018 is one of five top 15s since 2014, and he’s missed only one cut in nine tries. Meanwhile, it’s been more then three months since his last top 25 and has yet to piece together as many as three rounds since. Not unlike Rory McIlroy at first and Tiger Woods throughout the pandemic, it’s possible that Fowler can’t find the kind of mojo that only a crowd can generate all the while he continues his pursuit of consistency with swing changes.

Shane Lowry … He’s come on relatively strong of late, but he’s cashed only once in four prior trips (T39, 2016) and signed for only one red number after 10 rounds.

Tommy Fleetwood … He wouldn’t be the first to find his game at Augusta National, especially since this is his fourth appearance, but the recent narrative hasn’t changed. All three of his top 25s since play resumed over the summer are on the European Tour. In the limited-field events on the West Coast after a solid fortnight on his home circuit, he failed to record a top 55. Sprinkle in if you must.

Henrik Stenson … His struggles continued in Houston where he missed the cut by four. He was returning from an ankle injury that cut his time short in Bermuda. The hills of Augusta National won’t help with that concern, so even though he owns a sturdy record in the tournament, he’s trending to miss his fifth cut in what is his 15th consecutive appearance.

Marc Leishman … Still without a top-50 finish in a full-field event post-hiatus. Has a pair of top 10s on the board at Augusta National, but he’s finished outside the top 40 in the other five trips, three of which resulting in missed cuts.

Chez Reavie … He’s sprung for a couple of strong finishes in the last three months, but he’s just 1-for-4 at the Masters.

Gary Woodland … The last time he pegged it, he was included in Fades for the ZOZO CHAMPIONSHIP @ SHERWOOD. I relayed that he had been batting discomfort in his left hip due to a torn labrum. Lo and behold, he withdrew during his opening round of the tournament, although he cited a sore back as the reason. Certainly, the maladies could be related, but obviously, he’s headed in the wrong direction physically. Can’t fault him for giving it a go at the Masters, of course, but it wouldn’t be surprising if he rests for a while after his effort this week.

Danny Willett … Called it quits after his opening round in Houston with an injured wrist. He alerted his followers on Twitter that it was a “precaution.” He’s 0-for-3 since his title here in 2016 and he’s endured a rough 2020 overall.

Joaquin Niemann … On the day before his 22nd birthday and hours before the commitment deadline, he tested positive for COVID-19.

Trevor Immelman … He’s been a regular at the Masters since 2004, and he prevailed in 2008, but he’s sitting this one out to focus on his work as analyst for CBS.

Ángel Cabrera … Recovering from recent surgery on his wrist. The 51-year-old from Argentina made 20 consecutive starts at the Masters. Among his six top 10s, he won the 2009 edition and was victimized by Adam Scott in a playoff in 2013.