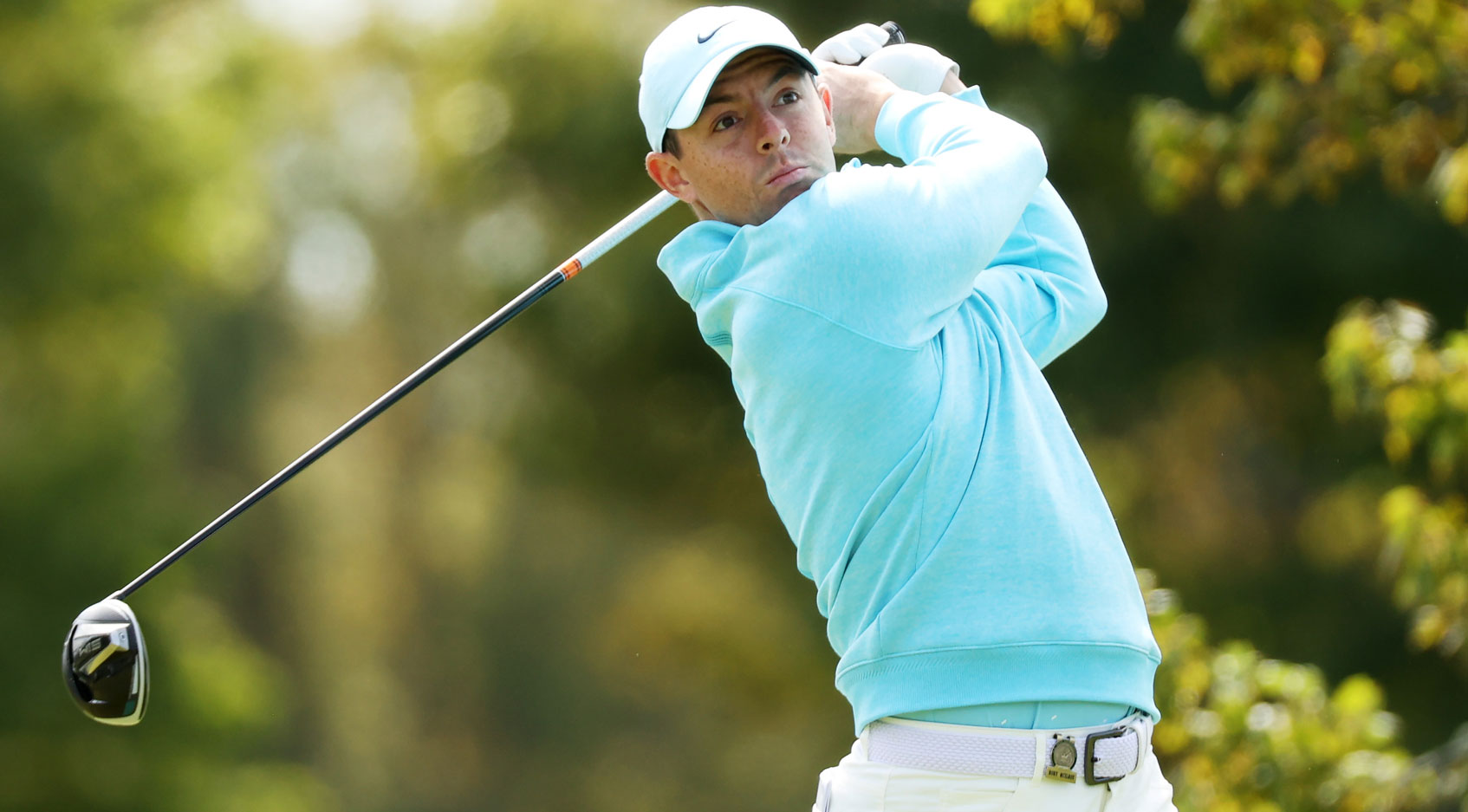 As the old saying goes, there’s something for which to play every week. That applies to all of the guys who don’t win, too, and it’s as evident as ever during this two-week stretch of limited-field, no-cut invitationals.

Say this about the pandemic, both THE CJ CUP @ SHADOW CREEK and the ZOZO CHAMPIONSHIP @ SHERWOOD can boast about stronger fields this year. It no doubt helps that both events remained stateside as most of the automatic qualifiers committed.

This isn’t to say that either tournament suffered last year, but the comparison of depth is compelling enough to warrant a brief review, which, in turn, validates the value of finishing position in the FedExCup Playoffs even when failing to advance to the TOUR Championship.

Of the top 60 in the 2019-20 FedExCup (and again, as of Tuesday afternoon), only FedExCup champion Dustin Johnson (COVID-19) and 22nd-ranked Bryson DeChambeau (rest) will not have played in either of the events this season, but all of the other 58 are committed at Sherwood. Patrick Reed (T8), Webb Simpson (T12), Tony Finau (17th), Adam Scott (41st) and Tiger Woods (63rd) passed on THE CJ CUP @ SHADOW CREEK. (Finau had committed but he sat out a second consecutive week after testing positive for COVID-19.)

So, while heartbreaks on Sundays will continue to define our fantasy experience, always remember they still can pay off down the line.

My roster for the ZOZO CHAMPIONSHIP @ SHERWOOD (in alphabetical order):

Phil Mickelson … While always the objective, wins are bonuses, but even though he prevailed in both of his starts on the PGA TOUR Champions, it’d have been shocking if he didn’t play well on that circuit right away. After all, he’s one of the youngest eligible and had been performing at a high level on the PGA TOUR as his 50th birthday approached. However, there has been considerable inconsistency in each of his last two completed seasons, so he’s providing a real-time example of the disparity in competition between the tours. Since his co-runner-up at TPC Southwind on the first weekend of August, he’s just 2-for-4 without a top 40 on the PGA TOUR. That drought ends if he beats half the field at Sherwood, but his appearance is a reminder that he’s evolved from a front-of-the-rotation ace to a spot-starter.

Tiger Woods … The weather will cooperate, so any discomfort with his back shouldn’t be unexpected. That’s always the first consideration when sizing him up. Meanwhile, his form since play resumed has been poor, but Sherwood Country Club is as logical a place as any for him to flip the switch. Sure, the Hero World Challenge that was contested here hosted no more than 18 golfers in an edition, but five wins and five seconds ain’t too shabby. Despite the phenomenal record on the course, because of how the stars are aligned right now, he presents as an intriguing One & Done and an automatic in two-man formats (if you must burn him at some point).

Matthew Fitzpatrick … Similar to Tyrrell Hatton (T3) and Ian Poulter (T12), Fitzpatrick’s game traveled well to THE CJ CUP @ SHADOW CREEK (T12) from the BMW PGA Championship (T7) the previous weekend. It’s yet more proof for the theory that it’s easier to sustain form when the trip is from east to west.

Sebastián Muñoz … He was the last cut from the Power Rankings because of the depth and his relatively fresh presence on this kind of stage. In fact, the 27-year-old Colombian has kept the pedal down since advancing to his first TOUR Championship. Wielded a strong short game at Shadow Creek en route to a ninth-place finish, his third top 10 in six starts.

Adam Scott … Probably will be priced too high in DFS but this mild endorsement gives a nod to his consistency over the absence of a recent notable result.

Brian Harman … Signed for a red number following every round at Shadow Creek and finished T28 despite 14 bogeys and a double. Talk about grit. It’s also an extension of above-average form over the last two months during which he recorded a trio of top-15 finishes.

Patrick Cantlay … Hmm. Maybe I didn’t give enough credence to his fit at TPC Summerlin (T8) when slotting him at No. 12 in last week’s Power Rankings, but it’s not like he’s in a slump, either. Still, the bottom line is that his focus has been off long enough to consider why. Putting four rounds together never is easy, but he was on the short list of the guys who made it look that way, and now it’s been three months since he’s done that very thing.

Rickie Fowler … His T28 at Shadow Creek is a step in the right direction, but it was a week of extremes. Although he ranked second in converting greens in regulation into par breakers, he beat only three others in scrambling, salvaging par just nine of 25 times when missing the GIR. But hey, at least none of that is in reference to his swing changes.

Brendon Todd … Never got it going at Shadow Creek and finished T52. Also doesn’t feast on par 5s, so set your sights on his title defense in Bermuda next week.

Tommy Fleetwood … Unlike Tyrrell Hatton, Ian Poulter and Matthew Fitzpatrick (read his capsule above), Fleetwood’s form did not translate following a T13 at Wentworth. He placed T59 at Shadow Creek to extend his run without a top 25 on the PGA TOUR to eight straight starts dating back to Bay Hill immediately before the hiatus.

Jordan Spieth … There’s a curiosity that goes with him shooting 8-under with a pair of sub-70s on the weekend at Shadow Creek to finish T38, but he played his last 10 holes in 7-under to get there. The general unfamiliarity of the greens at Sherwood do play into his strength but only if par was the target. Scoring will be too low to elevate expectations for him to contend.

Gary Woodland … Just another reminder that he’s playing through a torn labrum in his left hip. He beat only five guys who completed 72 holes at Shadow Creek last week, but as long as he can withstand the pain, he might as well collect whatever FedExCup points he can in the no-cutters. His standing in next month’s Masters hangs in the balance. Still to be determined is how he treats the injury in the long-term. It’s a nervous time for his draft leaguers who expended an early pick before he revealed the problem.

Scottie Scheffler … If COVID-19 didn’t drain him of energy and perhaps influence a bad habit along the way, then his results aren’t defending the refusal of the notion. Since being forced out of the U.S. Open with a positive test, he’s gone T37-MC-T52.

Byeong Hun An … Can’t solve his troubles with the putter and he’s only average on par 5s. However, he still projects to reward season-long investors because he always does.

Jason Day … Called it quits after one hole in his final round last week with a sore neck. We’re used to this uncertainty as it concerns the Aussie, but it stings a little more than usual in an event with no cut. In the long-term, it can’t be ruled out that his beat-up body is the reason for his nosedive after reeling off four consecutive top 10s over the summer.

Tony Finau … Sat out both stops in Vegas after testing positive for COVID-19. Had finished T8 at the U.S. Open for his fifth top 10 in eight starts. Given that the virus doesn’t impact the swing and that Sherwood has five par 5s, do not hesitate to get him back into your lineups.

Dustin Johnson … Sitting out a second consecutive tournament after testing positive for COVID-19 in advance of THE CJ CUP @ SHADOW CREEK. In a release on Monday, DJ’s agent, David Winkle, said, “Unfortunately, Dustin just made the decision to withdraw from Zozo. While he is feeling much better, he is still a bit low on energy and feels it would be best to wait and resume his schedule in Houston.” The newly sponsored Vivint Houston Open is scheduled for Nov. 5-8.