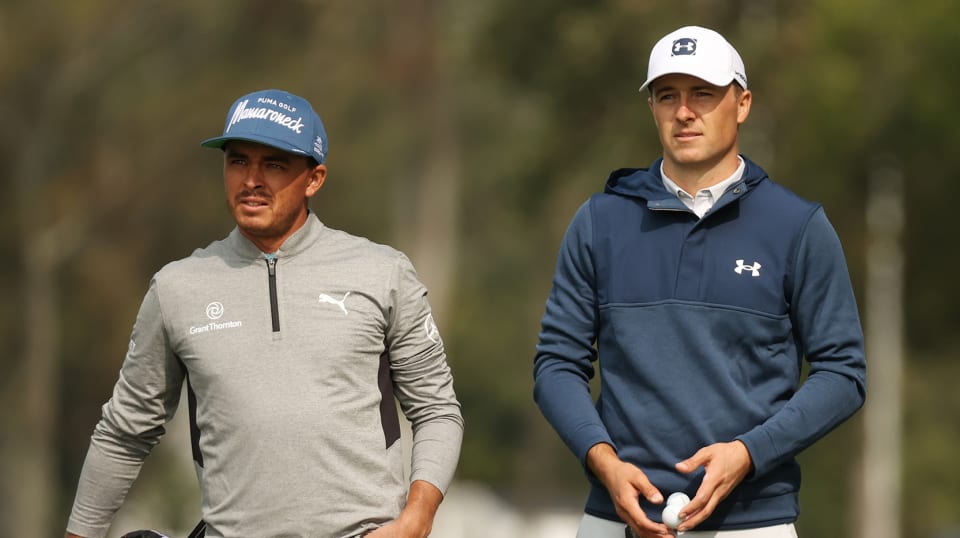 For the first time, the AT&T Pebble Beach Pro-Am will be all pro due to the COVID-19 pandemic, which is a shame for many reasons but – glass half full – gives us the chance to see the likes of Pebble Beach and Spyglass Hill in its purest forms.

PGA TOUR LIVE will offer exclusive early-round coverage of the strong field assembled in Carmel. Jason Day, Jordan Spieth, Patrick Cantlay and Phil Mickelson are among the names that will appear in this week’s Featured Groups.

PGA TOUR LIVE will begin at 11 a.m. ET on Thursday and Friday. To get you ready for LIVE’s coverage, we convened our experts for a roundtable discussion on each group. Enjoy.

Jason Day has seven top-6 results (from 11 starts) at the AT&T Pebble Beach Pro-Am without winning it. He enters off the back of two missed cuts. What chance do you give he finishes above Cantlay and Kim this week and if you give him that hope – can he win?

BEN EVERILL: Those who know me know I’d never write off Jason Day. I know he will win this tournament one day and it given we just saw Brooks Koepka win off the back of three missed cuts I would not be surprised to see Day win it all this week. I’ll say he’s right in the thick of it come Sunday – and I expect Cantlay will also be there. But it is time for an Aussie win.

ROB BOLTON: Day can’t win if Cantlay wins. Because Dustin Johnson withdrew, Cantlay rises from No. 2 in the Power Rankings to supplant DJ as a de facto top dog. There’s no reason not to stand by that despite Day’s fantastic track record here.

CAMERON MORFIT: I didn’t recognize the bearded Day when I saw him at TPC Scottsdale last week. And I haven’t recognized his game lately, either. I know Jason is going to shake this slump eventually, and he has a great record at Pebble Beach, but I still like Cantlay to finish ahead of him this week.

Jordan Spieth thrilled plenty with a Saturday 61 at the Waste Management Phoenix Open last week and had a chance Sunday only to falter. He moved to 111th in the FedExCup with his T4 result. Will he make the TOUR Championship this season?

EVERILL: Yes. I went on record at the start of the season saying I expected this to be the rebound year for Spieth and I’m not backing down now. Look, he was erratic again in Phoenix, which is why he didn’t ultimately win, but he also showed the magic. When the fans return, he will find more energy and continue the resurgence. Here’s hoping he’s in the mix this week.

BOLTON: Easy now. Pump those brakes. That 61 was special and unrepeatable. All it did was exempt him into next week’s Genesis and at the buzzer to qualify (via the modified FedExCup points list from the beginning of the 2019-20 season). Even if he was, say, 20th entering the Playoffs, judgment for a return to East Lake will require real-time form more than anything he did on one magical day in early February.

MORFIT: People forget that Jordan made the FedExCup Playoffs for the eighth straight time last season. It’s not like he hasn’t been able to break an egg. But I’m not prepared – yet – to say he’ll be in the top 30. He’s still too wild off the tee (and admits it). That said, I expect he could play well again this week. In fact, my new rule of thumb for Spieth is to expect him to play well in tournaments that have been good to Phil Mickelson. Their games – erratic off the tee, solid iron play, magic around the greens – have never looked more similar.

Mickelson and Casey certainly know how to win but do they have another PGA TOUR victory in them this season? Their last TOUR wins came in 2019 although Mickelson tasted success on PGA TOUR Champions and Casey recently won on the European Tour. If your answer is no – do you think they’ll win again on the PGA TOUR at all?

EVERILL: I’m loathe to write off champions but I don’t think they’ll win this season. Mickelson has five wins in this event and from 2016 he’s gone 2-65-T2-1-3 so I wouldn’t be surprised if he is once again at the business end of the event this week. Casey is clearly in some form also. But I’ll say no. I will however take the yes camp on winning again. Surely one of them connects at some point before it is all over.

BOLTON: My man-crush, er, Casey, isn’t done winning on the PGA TOUR, but all wins are bonuses, so I’m not nibbling on that bait attached to this season specifically. He is where every 43-year-old would want to be in his career, and I’d expect my answer to be the same in five years when he’ll be 48, which was Mickelson’s age in his last TOUR title. I always figured that Vijay Singh would have won at least once more at an advanced age, but his last victory on TOUR was as a 45-year-old in 2008. The best part about Mickelson is that he’ll sell us enough to want to continue to believe in something special, and that’s just fine with me.

MORFIT: Fred Funk and Craig Stadler are two of the more recent 50-and-over winners on the PGA TOUR, which is partly why this is an absolute no-brainer. Mickelson, whose gifts and pedigree are beyond those guys and most anyone else, is definitely going to win again on TOUR. He just needs to catch a course that fits him when he’s feeling reasonably in control off the tee. I can never tell with Casey. He’s let a lot of 54-hole leads slip away, but hey, he hasn’t NOT won a Valspar Championship since 2017.

Simple question. Who of these three players wins on TOUR next and why?

EVERILL: Not so simple actually. I’ll throw my neck out on Molinari. I feel his form dips since his incredible run are partly to do with relocating across the Atlantic and once he gets further settled in California he might just hit his straps again. And after all, this is a Ryder Cup year.

BOLTON: Molinari, if for no other reason than he’s the youngest (38) of the trio. A win by any of these guys wouldn’t surprise anyone, even a 47-year-old Cink again this season, but given how Molinari’s trajectory has been impacted since his close call at the Masters in 2019, it’s reasonable to expect him to regain traction now that his relocation is complete and his life is simpler, even during a pandemic.

MORFIT: I agree with Ben in that Molinari seems destined to win again, and soon, given that it’s a Ryder Cup year. However, I’ll say the super-streaky Snedeker wins first. And given his history, I could see Sneds getting it done on either coast.