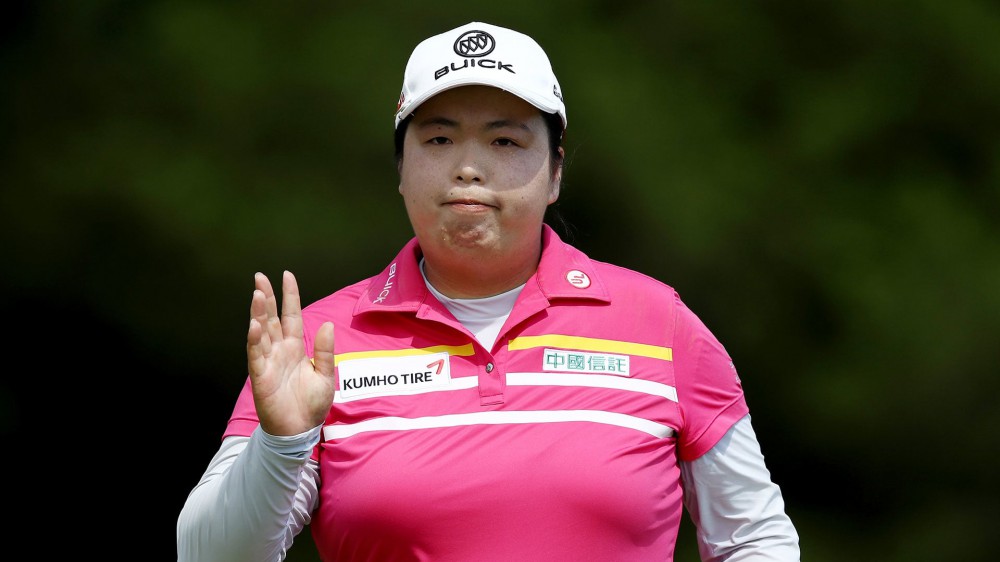 Thanks to a birdie at the last and a 1-under 71, Shanshan Feng will take a one-shot lead over Amy Yang and amateur Hye-Jin Choi into the final round of the U.S. Women’s Open. Here’s where things stand through 54 holes at Bedminster:

Sunday setup: Feng is in pursuit of her eighth LPGA title and her second major, following her breakthrough at the 2012 LPGA Championship. Sixth in the world, Feng took the bronze last summer in Rio, won twice last fall in Asia, and most recently came away victorious at the Volvik in May. She is famous (infamous?) for not looking at leaderboards on Sunday. Yang has once again put herself in position to win a major, particularly the U.S. Open. The No. 9 player in the Rolex rankings has 10 career top-5 finishes in majors and has twice been runner-up at this event. In her last seven starts at the U.S. Women’s Open, she’s finished in the top 10 six times. Choi, 17, is the second-ranked amateur in the world and yet another emerging talent from South Korea. South Koreans have won six of the last nine U.S. Women’s Opens. Of the top seven heading into Sunday’s final round, Feng, from China, is the only player not from South Korea.

Round of the day: Park and Mirim Lee both posted 5-under 67. Lee was bogey-free while Park dropped just one shot. The two combined to play the back nine at Bedminster 9 under.

Best of the rest: Christina Kim and Eun Hee Ji posted lower scores, but Choi’s round of 2-under 70 made her just the fourth amateur to claim a share of the lead at the U.S. Women’s Open, joining Morgan Pressel (2005), Michelle Wie (2005), and Catherine Lacoste, who went on to win in 1967.

Biggest disappointment: Stacy Lewis worked her way to one off the lead at minus-7 when she played her first 10 holes in 5 under, with four straight birdies on Nos. 7-10. And then she totally collapsed. Lewis tripled the 11th, bogeyed the 12th and made a 10 at the par-5 18th to shoot 4-over 76 and fall in eight holes from 7 under to 2 over.