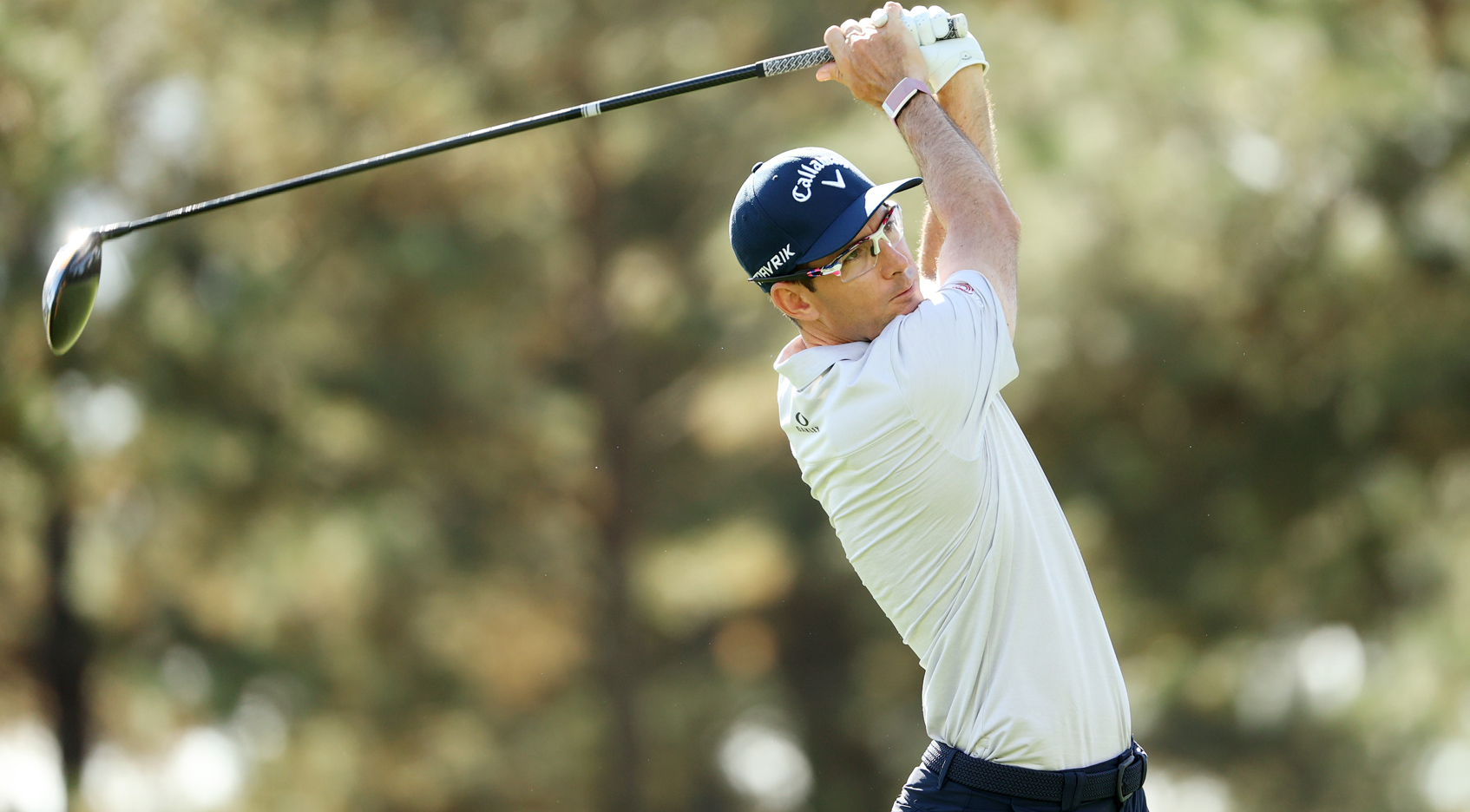 AUGUSTA, Ga. – The three-hour rain delay was a bit of a glitch but considering the forecast maybe the surprise was that it wasn’t worse.

Here are five other surprises after the completed first round of the Masters on Friday morning.

1. Two leaders came from off the radar

Dustin Johnson? OK, not a surprise that the world No. 1 would shoot 65 and keep right on going.

The other two first-round leaders, though, were by turns surprising and very surprising.

Paul Casey had five previous top-10s at Augusta National and contended down the stretch at the PGA Championship a few months ago. But his 7-under 65 was still a surprise in light of his last four finishes on the PGA TOUR: T35, T69, MC, T17.

Casey said he hadn’t seen his coach Peter Kostis all summer, and when they reunited Kostis noticed Casey had lost some of his speed.

He worked on exactly that, and tempo, for two weeks leading up to the Masters.

As for South African Dylan Frittelli, the 2019 John Deere Classic winner recorded his last top-10 finish at the RBC Heritage (T8) in June. Prior to that you would need to go back over a year to September of 2019 find his pair of top-10s to open last season.

His 65 at Augusta? Surprising.

2. Slumps were put on hold

Phil Mickelson has been terrific on PGA TOUR Champions, winning twice from as many attempts, but his PGA TOUR form not so much.

Lefty has had just one top-10 since the TOUR returned in June, but he shot a first-round 69 at Augusta. Granted, he’s won three times here, but he’d missed two of his last three cuts on TOUR and finished 76th at the no-cut ZOZO CHAMPIONSHIP @ SHERWOOD.

Justin Rose, the runner up at Augusta to Sergio Garcia in 2017, has also been ho-hum of late. After a T3 at the Charles Schwab Challenge in June, Rose missed five cuts from 10 starts without a top-10. But none of that seemed to matter as he shot an opening 67.

Australian Cameron Smith (67) finished T4 in his last start at the ZOZO CHAMPIONSHIP @ SHERWOOD, but that was his first top-10 since winning the Sony Open in Hawaii in January. He’s suddenly in the mix.

Tiger Woods’ 68 was semi-predictable in light of his five green jackets, but a bit of a surprise considering he hasn’t had a top-10 since the Farmers Insurance Open in January. The real surprise was his tee-to-green play, where he showed total command.

That, incidentally, is the same score he shot in the opening round when he won the second of his two Masters titles in 1993. He would be the oldest to make the cut if he keeps this up.

Augusta’s own Larry Mize, 62, made six birdies and shot 70. For more on his round, click here.

“Experience counts for a lot around here,” said Lee Westwood (68), who himself is 47.

Rory McIlroy hasn’t been playing great, but still – a 75? He’s already 10 shots behind!

“I think having a bit of length this week is going to be an advantage,” McIlroy said earlier this week. “The course is pretty soft. You know, with the rain forecast as well, it might get even softer. Look, the game feels pretty good.” And then golf happened.

There were no total disasters – although the bogey from the trees left of Rae’s Creek on 13 was not pretty. Rather, McIlroy just didn’t ever find any type of rhythm and made just two birdies.

In his last start, at the ZOZO CHAMPIONSHIP @ SHERWOOD, he led the field with 29.

Now McIlroy’s bid for the career Grand Slam seems to have ended early. His round was split evenly between Thursday and Friday, and he hit just nine greens in regulation and took 30 putts.

The 510-yard, par-5 13th hole, aka Azalea, was the second easiest in the first round, playing to a par of almost exactly 4.5. Bryson DeChambeau, meanwhile, came into the tournament as golf’s new one-man wrecking crew, destined to demolish any hole that bordered on the short side.

Well, so much for all that.

DeChambeau double-bogeyed 13 with a sliced drive; a hook into the bushes left of the green; a search party and unplayable lie; a one-shot penalty and drop; a chunked flop shot; and two putts.

He bounced back and signed for a 2-under 70.

“I just didn’t draw it around the corner enough, and I got greedy (with the second shot),” he said. “This golf course, as much as I’m trying to attack it, it can bite back.”

DeChambeau birdied five of his last 13 holes but was still five back.

“I tried to take on some risk today,” he said. “It didn’t work out as well as I thought it would have, but at the end of the day I’m proud of myself the way I handled myself and finished off.”