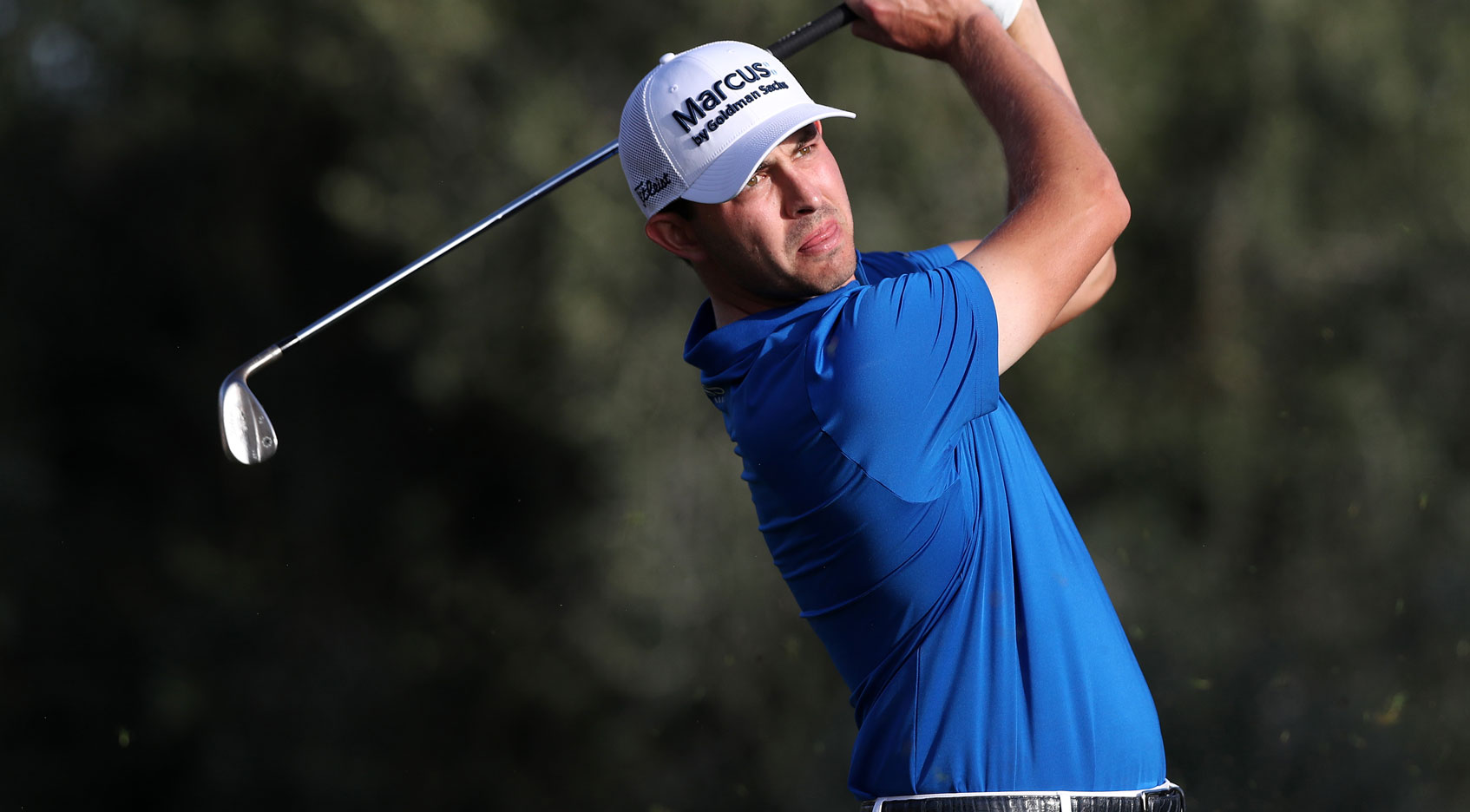 LAS VEGAS — Patrick Cantlay has played the Shriners Hospitals for Children Open so well that he wasn’t the least bit concerned when he was stuck in neutral Friday. Four straight birdies later, he was right up at the top again.

Cantlay ran off four straight birdies at the midway point of his round and got up-and-down from a bunker on the par-5 ninth to cap off a 6-under 65 and be part of a five-way for the lead going into the weekend in Las Vegas.

Martin Laird hit his second shot into 4 feet for eagle on his closing hole at the ninth for a 63. Peter Malnati, runner-up last week in Mississippi, made a 15-footer for eagle from the fringe on No. 9 to close out his 62.

U.S. Open champion Bryson DeChambeau, who opened with a 62, was one shot behind with a round Cantlay could appreciate. Ground can be made up quickly at the TPC Summerlin.

DeChambeau drove the green on the 380-yard seventh for the second straight day, and this time he converted the eagle putt. Still, he was 1 under for his round and out of the top 10 until he made birdie on the 15th hole and then hit a 367-yard drive on the par-5 16th, setting up a wedge to 10 feet for eagle. Just like that, he had a 67 and was right in the mix.

“Any time you’re near the lead in a PGA TOUR event I’m excited. There is no doubt about it,” DeChambeau said. “I definitely left some shots out there as I made a few great shots, so can’t be too displeased with that, and look forwards to hitting a couple more shots better and making a few putts that I need to that I didn’t middle of the round.”

Cantlay won this tournament for his first PGA TOUR title in 2017. He was runner-up to DeChambeau the following year, and lost in a playoff to Kevin Na last year. He expects to play well, and that showed early on in his round when he was even par through six holes and losing ground.

“You need to make so many birdies, and I’m just used to it out here,” Cantlay said. “It never feels like I’m stressing because it feels like there are so many birdie holes. It actually allows me to be patient.”

He went into a back bunker on No. 11, his second hole of the round, and missed a 10-foot par putt. On the 15th hole, a par 4 that played at only 284 yards Friday, he drove into a right bunker and didn’t reach the green, having to scramble for par on the second-easiest hole at the TPC Summerlin.

At that point, he was even for his round. And then he two-putted for birdie on the 16th, and had wedges to 10 feet and 15 feet for birdies, and hit a flip wedge to 4 feet on No. 1. Just like that, he was on his way.

Laird poured it on late. He was 2 under on the back nine, and then played the front nine in 30 with four birdies and his short eagle putt on his final hole.

“I hit 5-iron and I didn’t think I could get it there,” Laird said. “But to that pine, if you’re 5 yards short of the green it’s a pretty straightforward chip up the green. And as soon as I hit it, I just got it absolutely right and I said to my caddie, `That’s as good as I got. Let’s see if it gets there.’ It landed perfect, skipped up to about 4 feet. It was a nice way to finish.”

Sergio Garcia (64) and the resurgent Stewart Cink (63), who began the new season by winning the Safeway Open for his first title since he won the Open at Turnberry in 2009, were among those two shots behind.

Garcia is coming off a victory in the Sanderson Farms Championship, his first on the PGA TOUR since the 2017 Masters.

“Earlier in the year I felt like I was playing as well as I’ve been playing the last week and-a-half, just things weren’t really happening,” Garcia said. “So obviously it’s a combination of playing well, confidence, couple good breaks when you need them at the right time that keeps your round going, and that’s what I did.”

Francesco Molinari, in his first competition since golf shut down in March, returned with rounds of 70-68. In Las Vegas, on this course, that meant missing the cut.

Among the victims were PGA champion Collin Morikawa, who didn’t miss a cut in his first 23 PGA TOUR events as a pro. He now has missed three in his last nine starts, though that stretch includes winning a major.