Let’s look back in history at this week in golf from May 7-13. Information courtesy Golf Channel Research unit.

May 7, 1978: Tom Watson wins the AT&T Byron Nelson by one over Lee Trevino for the first of his three consecutive wins in that event.

May 9, 1999: Carlos Franco wins the Zurich Classic of New Orleans to become the first Paraguayan winner on the PGA Tour.

May 10, 2015: Rickie Fowler birdies the 17th hole three times – once in regulation and twice in the playoff – to win The Players.

May 11, 2007: Hunter Mahan records the first double eagle in Players history on the 11th hole in the second round.

May 11, 2008: Sergio Garcia defeats Paul Goydos in a playoff to become the second European winner of The Players.

May 11, 2008: Annika Sorenstam earns the 72nd and final win of her LPGA Tour career in the Michelob Ultra Open.

May 11, 2014: Martin Kaymer wins The Players and joins Tiger Woods, Phil Mickelson and Adam Scott as players to win a major, a Players and a WGC event (Jason Day joined this group in 2016).

May 12, 1985: Kathy Whitworth earns the 88th and final win of her LPGA Tour career in the United Virginia Bank Classic.

May 13, 2007: Phil Mickelson wins the first Players to be contested after the event moved from March to May.

May 13, 2008: Annika Sorenstam announces that she will step away from competitive golf at the end of the LPGA season. 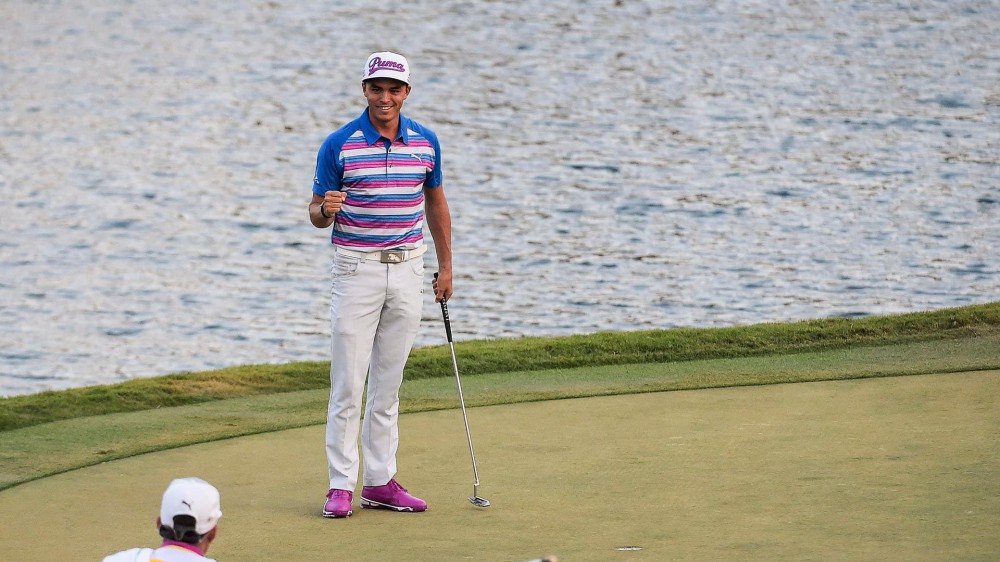 Vice captain Woods on RC: 'Of course I want to play'