Tommy Fleetwood’s 63 tied a record for lowest score in U.S. Open history, but it wasn’t enough to win him the championship. Brooks Koepka successfully defended his title by shooting 2-under 68 and finishing at 1 over par, one stroke lower that Fleetwood.

SOUTHAMPTON, N.Y. – Tommy Fleetwood became the sixth player to shoot 63 at the U.S. Open, and just the second to do it in the final round. Now he waits.

Fleetwood teed off almost 2 ½ hours before – and six strokes behind – the leaders at Shinnecock Hills on Sunday, but stormed into the hunt thanks to four consecutive birdies starting at the 12th hole. The Englishman’s round was even more impressive considering he didn’t birdie either of the layout’s par 5s.

Fleetwood finished at 2 over par – after missing a 9-foot putt for birdie and 62 at the 18th – which was tied for second place and one stroke off the lead held by Brooks Koepka when he completed his round.

After speaking with the media, Fleetwood went to the locker room to await a possible playoff, which was changed this year from an 18-hole overtime to just two holes of aggregate play.

“We’ll go and relax a little bit and just see,” said Fleetwood, who rolled in 159 feet of birdies putts. “Only time will tell what’s going to happen today at the course. If it was like yesterday, I’d feel a little more comfortable than now.” 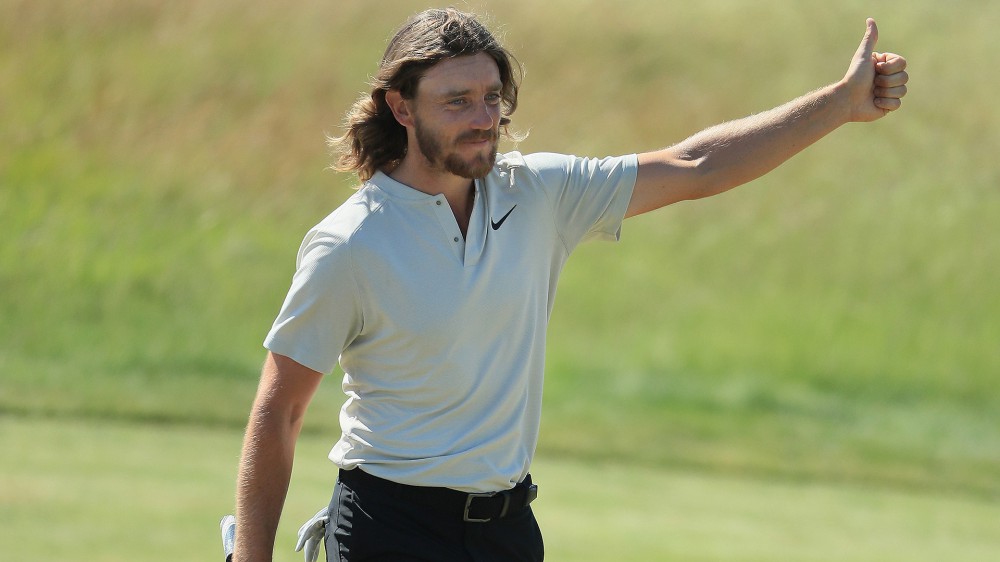 Refresh, refresh: JT stayed up late to see name as new No. 1