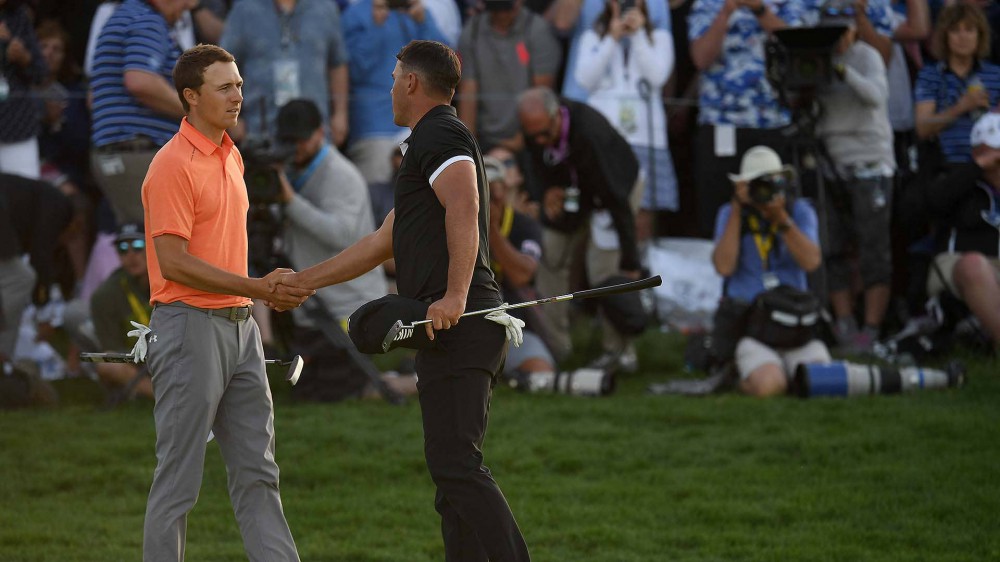 In contention on the weekend for the first time this season, Spieth carded a 2-over 72 while in the final pairing and dropped into a tie for eighth.

Spieth was apparently so frustrated by his performance that he declined to talk to reporters afterward.

After a Friday 66 put him within seven shots of Brooks Koepka’s lead heading into the third round, Spieth warned that he needed to strike the ball better and couldn’t rely solely on his red-hot putter. That proved prophetic, as Spieth played his first 11 holes in 3 over par to extinguish any hopes of claiming the final leg of the career Grand Slam.

Once again it was a struggle with his ball-striking, as he hit only 10 greens and this time sank just 70 feet worth of putts – half his total from his sizzling second round.

Even after a rough day, Spieth remains in line for his best finish of the season. He hasn’t yet finished inside the top 20 in any event.