SAINT-QUENTIN-EN-YVELINES, France – Jim Furyk, perhaps as much as anyone here at Le Golf National, understands the thrill of victory and the agony of defeat as it pertains to the Ryder Cup.

The U.S. captain played crucial roles in the American comeback from 10-6 down at the 1999 Ryder Cup at Brookline, and he dropped a key match in the 2012 Ryder Cup when Europe came from 10-6 down to win at Medinah.

Both times he played against Sergio Garcia.

“It sure sucked being on the other side, I will say that,” Furyk said Saturday, with his team own down, 10-6. “That was one of the worst days of my career. I remember it probably even better, to be honest with you.”

In 1999, Furyk beat Garcia, 4 and 3, to give the Americans their 14th point. Moments after Furyk closed out Garcia, Justin Leonard made the putt heard around the world to halve his match with Jose Maria Olazabal, which gave the Americans the improbable victory.

Fast forward to 2012 and Furyk faced Garcia again, this time in the eighth match out. Furyk was 1 up with two to play and lost both to lose the match. A missed 6-footer on the final hole that would’ve halved it. The U.S. lost to Europe by a point.

“The feeling of the momentum switching, the feeling of hearing the European crowd and knowing, looking up on the board and seeing blue, it’s a tough feeling to stomach,” Furyk said. “I remember it very well. It’s probably on my list of top three worst nightmares in golf. So I remember it very, very vividly and very clearly.” 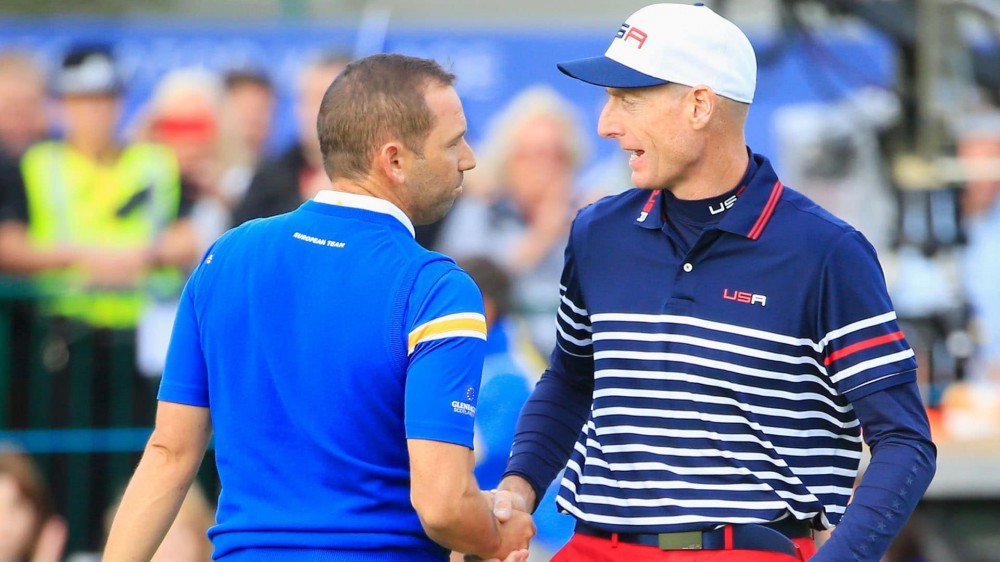