Two of the biggest names in golf took to social media to share condolences and mourn the loss of former First Lady Barbara Bush.

Bush died Tuesday at the age of 92, two days after she announced she would focus on comfort rather than treatment for multiple chronic illnesses. Her husband, former President George H.W. Bush, was active in golf during his lengthy political career and was inducted into the World Golf Hall of Fame in 2011.

The Bushes had strong ties to the creation of the Presidents Cup in the mid-90s, an event in which both Jack Nicklaus and Gary Player have served as captains. Both men shared their memories of Bush on Twitter in the wake of her passing:

Barbara Bush was a remarkable matriarch full of love, life & grace. She fully supported her friends, family, causes and county with aplomb. Vivienne & I send condolences to both Presidents Bush & the entire Bush family. She shall be missed. May she RIP.

Barbara Bush was one of the greatest women to have ever graced the White House, and my wife Barbara and I loved her. She was genuine, sincere, and helped lead our country with the same gentle strength she used to lead a wonderful family.

Barbara Bush was a tremendous wife, mother, grandmother & friend. Always a role model. Always a champion for others. We will miss her greatly. Our love and prayers go out to the Bush family, their extended family, their countless friends, and a nation who adored her. #FLOTUS pic.twitter.com/8TitEbydro 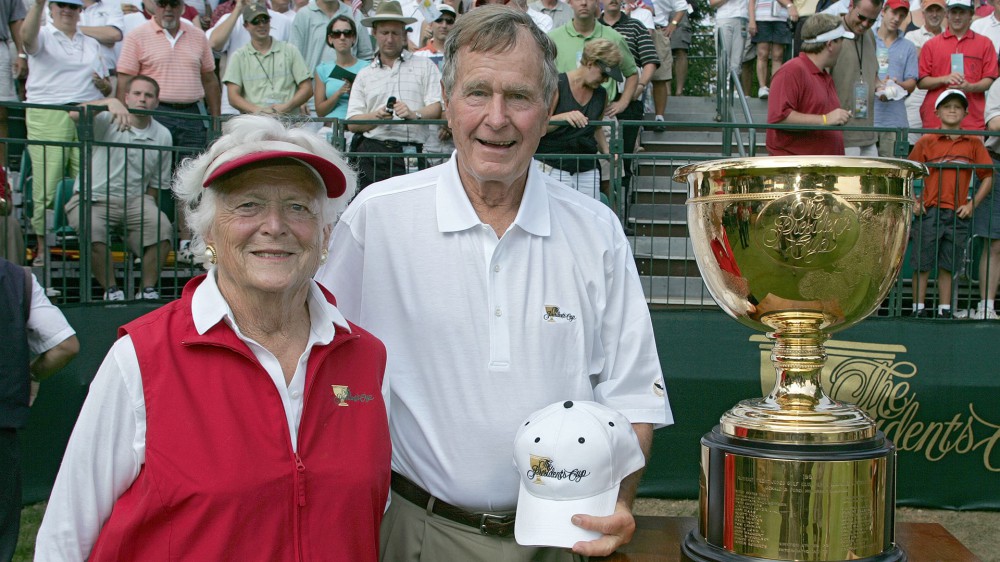