After capping a lean year with a victory on home soil, Branden Grace made a move in the latest installment of the Official World Golf Rankings.

Grace became the first South African to win the Nedbank Golf Challenge since 2007 when he edged Scott Jamieson for his first worldwide victory in more than 18 months. The title helped Grace to jump from 44th to 29th in the new rankings, closer to the No. 17 spot with which he started the year.

A third-place showing in South Africa helped Victor Dubuisson return to the top 100 at No. 100, a jump of 52 spots, while Martin Kaymer rose 14 spots to No. 69 after finishing fifth.

Thanks to his first career PGA Tour victory at the OHL Classic at Mayakoba, Patton Kizzire vaulted from No. 236 in the world to No. 119. Runner-up Rickie Fowler went from 10th to seventh, while a third-place showing helped Si Woo Kim move up six spots to No. 39.

Fowler’s move was the only change this week among the top 10, as he swapped spots with an idle Brooks Koepka who dropped from seventh to 10th. Dustin Johnson remains world No. 1 for another week, followed by Jordan Spieth, Justin Thomas, Hideki Matsuyama and Jon Rahm. Justin Rose remains No. 6, with Fowler, Rory McIlroy, Henrik Stenson and Koepka rounding out the top 10.

With his return to competition now just over two weeks away, Tiger Woods fell five more spots to No. 1189 in the latest rankings. 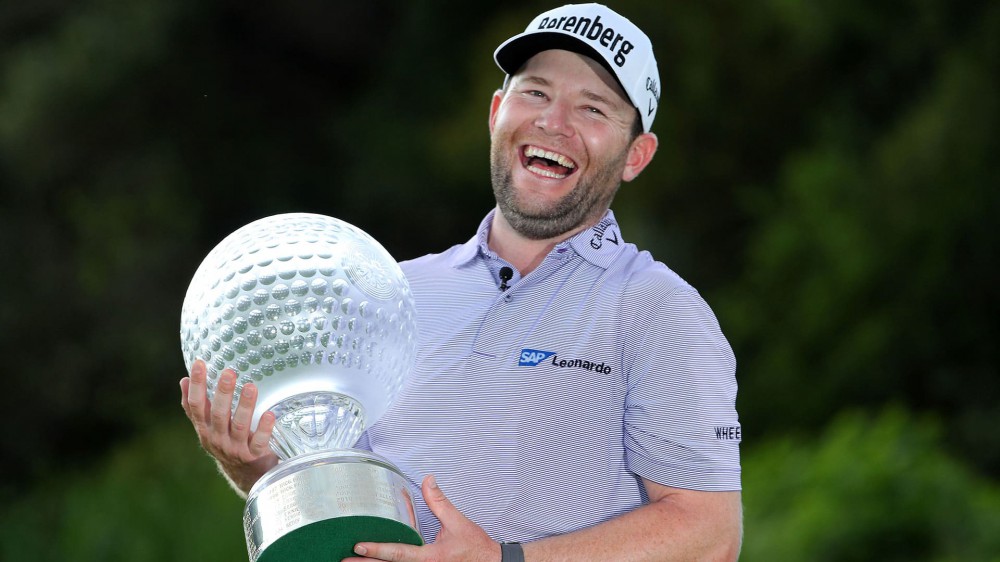