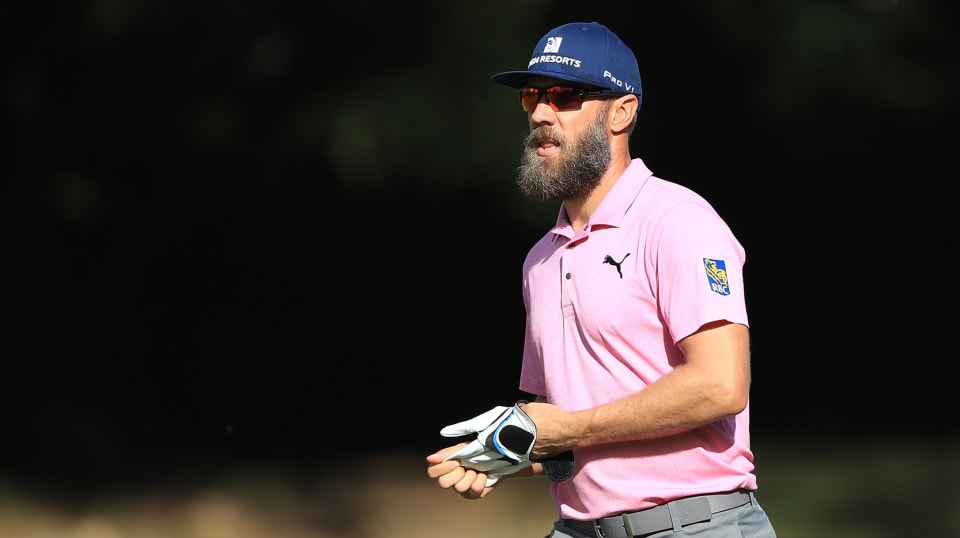 Former Presidents Cup International team member Graham DeLaet will undergo another procedure on his ailing back, keeping the Canadian Olympian away from the PGA TOUR for an undetermined amount of time.

DeLaet, 39, announced on Twitter he would be undergoing a Radiofrequency Ablation (RFA) procedure on his lower back. The goal of the procedure is to alleviate the chronic pain he has been dealing with for the past few years.

“I am very hopeful that this will give me the day-to-day relief to enjoy more quality time with my family and friends,” he said. “I am also hopeful it will enable me to put in the time needed to practice again and get back to the PGA TOUR.

The native of Weyburn, Saskatchewan (a town of about 10,000 people about an hour north of the U.S. border) has suffered a myriad of injuries over the last few seasons but was in the midst of returning to the TOUR via a Major Medical Exemption.

DeLaet was a bright light for the International Team at the 2013 Presidents Cup – where he went 3-1-1 and delivered some final-hole dramatics alongside Jason Day and against Jordan Spieth – finished 8th in the FedExCup that same year, his career-high.

“I’ve been through this now so many times over the past 10 years and all the warning signs were there for me to shut it down and take care of my body,” said DeLaet at the time.

DeLaet flashed some brilliance at the Corales Puntacana Resort & Club Championship in 2020, shooting a second-round 64 – his lowest TOUR round since a matching 64 at the Travelers Championship in 2017. In that season he notched six top-10 finishes – but has been away from the TOUR for the better part of two years.

DeLaet failed to get relief from a steam-cell treatment in December 2017 claiming at the time it “has not helped regenerate my L4-L5 disc and in fact has gotten worse since the procedure.”

The hirsute star ended up having an L4-L5 microdiscectomy surgery in 2018, his second such procedure after an earlier one in 2011.

DeLaet was non-committal about a timeline to return to the TOUR.

While he’s been recovering DeLaet appeared on the Canadian broadcast of the Masters in November as an analyst and has become prolific with his barbecue on social media while placing focus on being an attentive father to his now 5-year-old twins Roscoe and Lyla.