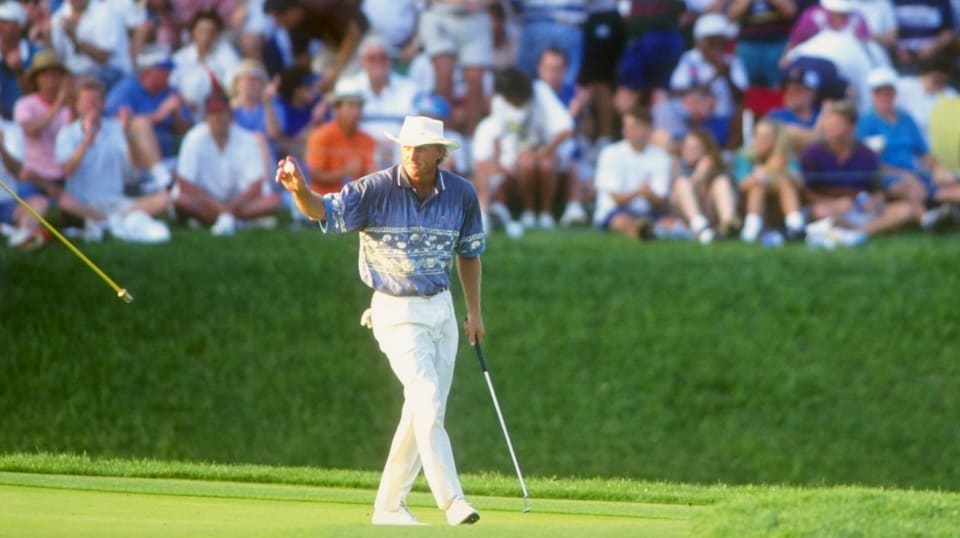 THE PLAYERS Championship in 1994 was the event that showcased the true greatness of Greg Norman.

The Australian came, saw, and conquered at TPC Sawgrass’ Stadium Course 27 years ago, setting records that still hold today and that are unlikely to be surpassed.

Norman hit the ground running that year, opening with a sparkling round of 63, which equaled the course record set two years earlier by Fred Couples.

The charismatic Australian never looked back.

Following Round 1, Norman posted three straight scores of 67 to finish the event at a remarkable 24-under par.

Handing over the trophy, PGA TOUR Commissioner Deane Beman was left in awe by Norman’s performance, and told the world during the presentation: “There are some records that will never be beaten. I think this 24 under is one of them”.

To this day, nobody has come close to Norman’s record of 24-under par at THE PLAYERS. In fact, 1994’s runner-up Fuzzy Zoeller has a final total score of 20-under par and would have won every edition of the championship since Norman’s triumph.

“In my 20 years out here, I don’t think I’ve seen a player play as well for 72 holes. He just did everything extremely well. He drove the ball exceptionally, putted exceptionally. There wasn’t any whimper in his swing. None at all.”

For Norman, there was just one frustration that week in Florida. The Australian was on route for a bogey-free week, successfully navigating the first 66 holes of the championship flawlessly with a perfect blend of ruthless accuracy and aggression.

However, on the 13th hole on Sunday, Norman would finally make his first and only bogey of the tournament when a leaf blew across his line on a 9-foot putt for par.

No lead is ever safe at TPC Sawgrass, with the final three holes providing more drama in its history than arguably any other three-hole stretch on the PGA TOUR. That Sunday, however, a 39-year-old Norman closed out the event in a way befitting the untouchable golf he had displayed all week.

Following a par on No. 16, Norman stepped up to the daunting par-3 17th hole where many dreams have been dashed through the years. But the Australian was so full of confidence that he striped a 9-iron which settled 2 feet from the cup for yet another birdie.

He closed it out in style on the 18th hole with a tap-in birdie for a course record total of 24-under par that looks likely to remain unthreatened, let alone surpassed as the years pass.

THE PLAYERS Championship in 1994 was the 66th of 88 worldwide victories for the Queenslander, and the one that is widely considered to be Norman’s finest for all-out dominance during his illustrious career.