'Group of death' in Austin down to pair of 40-somethings

AUSTIN, Texas – This week’s so-called “group of death” at the WGC-Dell Technologies Match Play will come down to a pair of forty-somethings, but the odds were always in their favor.

Stenson’s 4-and-3 victory on Thursday over Jason Day and Jim Furyk’s 1-up triumph over Phil Mickelson sets up a Day 3 showdown between the two, who are both 2-0-0 this week. That’s a 48-year-old (Furyk) and a 42-year-old (Stenson) on the marquee of one of the day’s most meaningful matches.

“Why don’t they call him the 48-year-old Phil Mickelson, why is that?” joked Furyk following his Day 2 victory over Lefty.

Both Mickelson and Day, who at 31 was the baby of the group, are winless this week and are mathematically eliminated from advancing to the knockout rounds.

“We’re trying to keep up with the older guys. I’m only 43 next week, so I feel like a young pup,” Stenson smiled.

There’s also a scenario where Furyk and Stenson could tie their match on Friday and then play a sudden-death playoff to decide who advances to the weekend out of their group.

“I knew starting the week the three guys I have, let’s be honest, there’s no easy matches here. Jason Day, Henrik Stenson, Phil Mickelson … That’s a tough group,” Furyk said. “I’m fortunate for the first couple of days I got some bounces going my way.” 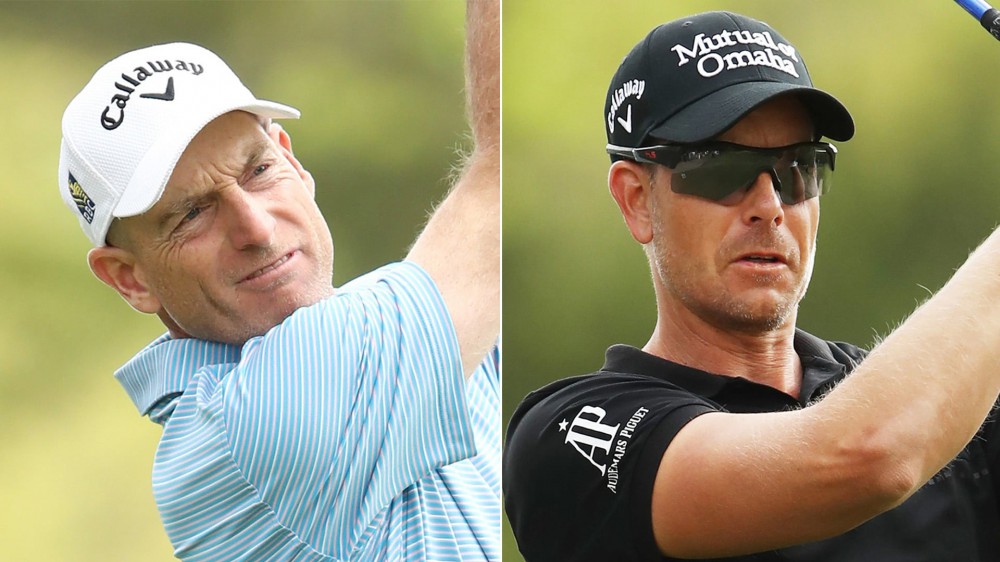