Gustafson, a five-time LPGA winner and 16-time Ladies European Tour winner, shared her news in a 4-minute and 15-second video.

She did so without stuttering.

And that’s the nature of her breakthrough, something she is sharing in hopes that it will help others who stutter.

One take my friends
I’m excited
For my @TonyRobbins friends ”I’m taking the island and burning the boat” https://t.co/arBhQF5dHe

“I’m certainly not perfect, and the next time you see me, I am going to stutter, there is no question about that,” she says in the video. “But I am excited, because I am going in the right direction, and I believe I have found the solution that works for me.”

For someone who has struggled with stuttering all of her life, Gustafson has touched so many with her ability to communicate. She has entertained her legion of Twitter followers with her sense of humor. She also has written articles.

Back in 2011, Gustafson touched Golf Channel viewers when she opened up about her stuttering in an interview that was aired during the Solheim Cup. Her courage in sharing her challenges was recognized the following year, when the Golf Writers Association of American presented her its Ben Hogan Award, an honor bestowed to someone who has persevered through physical ailment. She also won the LPGA’s Heather Farr Perseverance Award that year.

Gustafson, 44, left the game as a player three years ago to become Beth Allen’s full-time caddie on the Ladies European Tour. She explains in the YouTube video that she is making her breakthrough with the help of Steve Gill, a team member with Tony Robbins’ life and business strategy group.

Gustafson said Gill led her to breathing, meditation and incantation exercises that have helped her since they began working together eight months ago.

“If you know anyone who stutters, tell them to breathe in and then speak,” Gustafson said. “I tried it the other way for 44 years, and it’s just not working.” 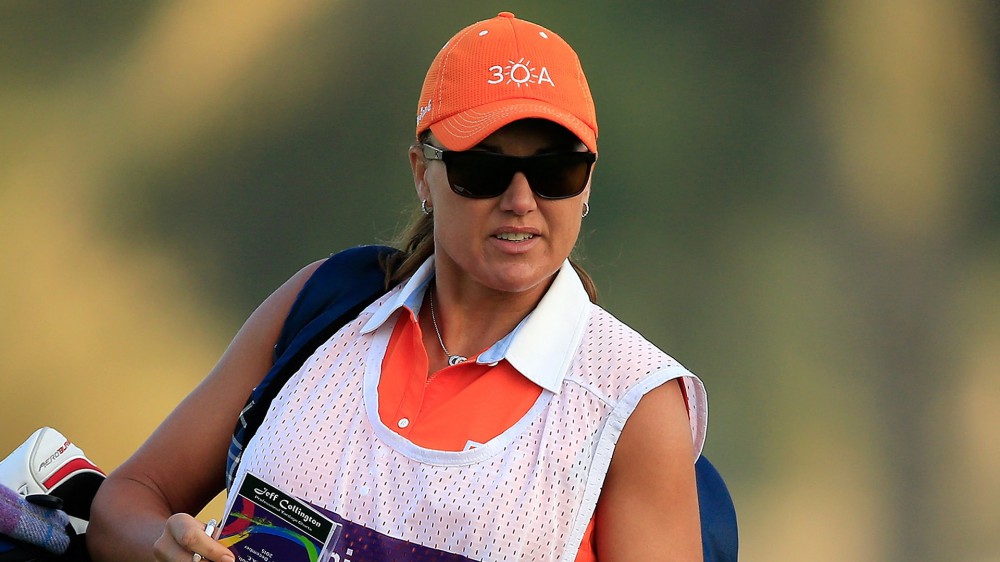