The South African shot 6-under 66 in the final round for a 13-under total of 275, ahead of a packed group in second which included compatriots George Coetzee (68), Christiaan Bezuidenhout (68), Erik Van Rooyen (70) and overnight leader Oliver Wilson.

Harding, who won twice on the Asian Tour and twice on the Sunshine Tour in 2018, is projected to move just outside the world’s top 50 when the rankings are updated on Monday. The top 50 on April 1 receive an invite to the Masters, the year’s first major.

”It was a really good day, hugely rewarding,” the 33-year-old Harding said. ”I feel as though I’ve been putting in a lot of hard graft trying to improve my game to get to those next levels and to finally notch one on the European Tour is awesome … I’m looking forward to playing in some bigger events and keeping the form going.”

Harding was three shots off the lead at the start of the day and, although he birdied three of the first four holes, bogeys at the sixth and seventh looked to have derailed his title challenge in his 54th European Tour start.

Jinho Choi shot an 8-under 64, with an opening 31 and an eagle on the par-4 16th. The South Korean finished in a European Tour record nine-way tie for second that also included Jorge Campillo (68), Anton Karlsson (69), Nacho Elvira (70) and Mike Lorenzo-Vera (70). 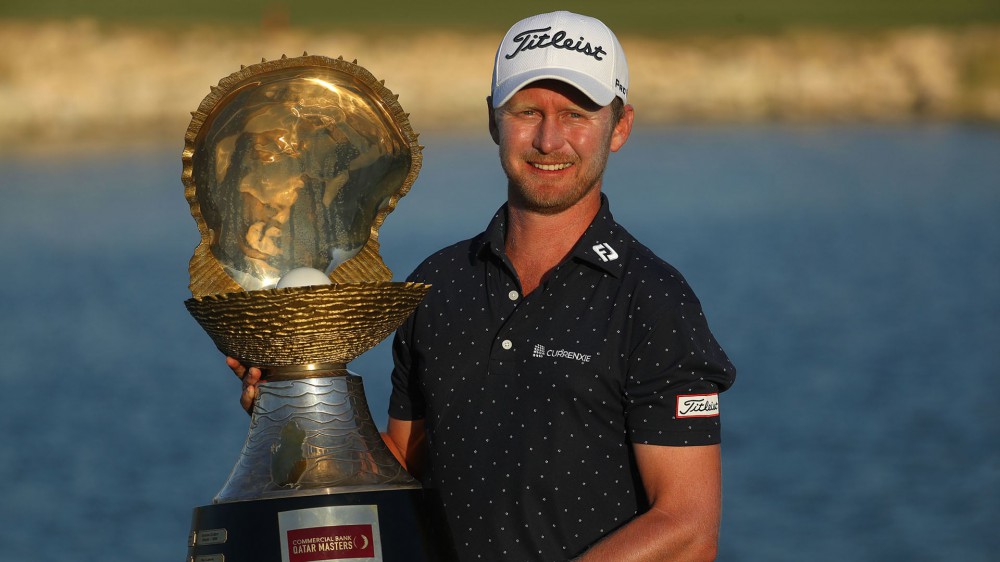