Harrington 'very much the favorite' for 2020 captaincy

The question of who will captain the 2020 European Ryder Cup team already seems to be answered.

After receiving the support of such players as Rory McIlroy and Justin Rose over the past week, Padraig Harrington has emerged as the clear favorite to be the captain for the away game at Whistling Straits in Wisconsin.

Harrington’s appointment seems all but assured now that Lee Westwood has told The Telegragh that he’ll “wait until Rome” – and the 2022 Ryder Cup – before he makes his pitch.

The selection panel of European Tour chief executive Keith Pelley, the past three Ryder Cup captains (Thomas Bjorn, Paul McGinley and Darren Clarke) and a yet-to-be-named member of the players committee will meet in December to finalize the selection.

Like Clarke before him, the affable Irishman is an ideal fit for a Ryder Cup in the States. Harrington, 47, is a three-time major winner who has played the PGA Tour for the past 15 years. He has served as a vice captain for the past three cups, including during Europe’s 17 ½ to 10 ½ victory two weeks ago in France.

“I’ve always said when you’ve got somebody that’s a three-time major champion and has the pedigree that Padraig has and holds the respect of the players that he does, it would be difficult to see him not doing it at some stage,” Bjorn said of Harrington. “And if he wants it this time around, it’s difficult to get around that he is very much the favorite to get the job.”

In 2016, Westwood, 45, stated his intentions to captain the team at Whistling Straits, but he’s apparently had a change of heart. He is grouped at this week’s British Masters with Bjorn and Harrington. 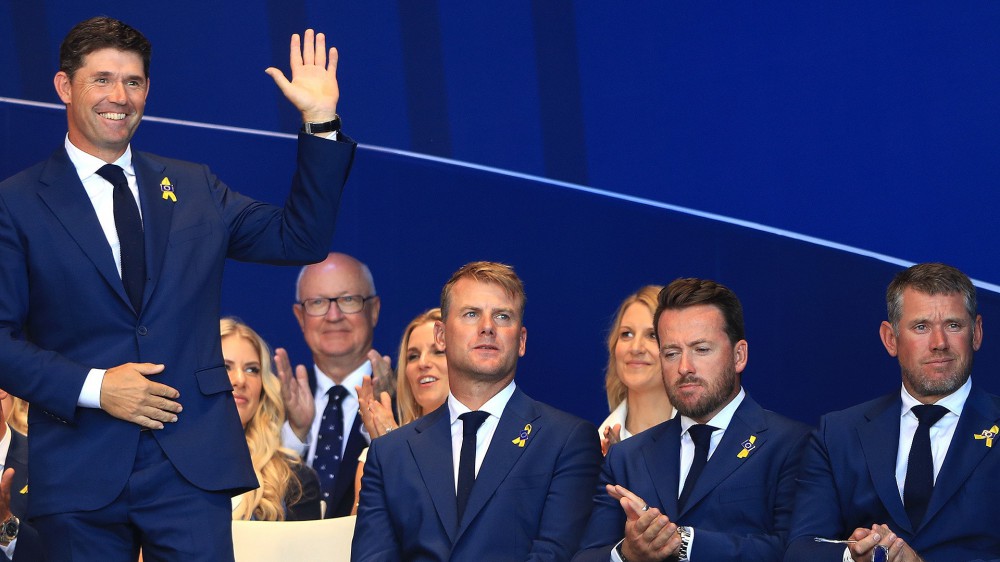