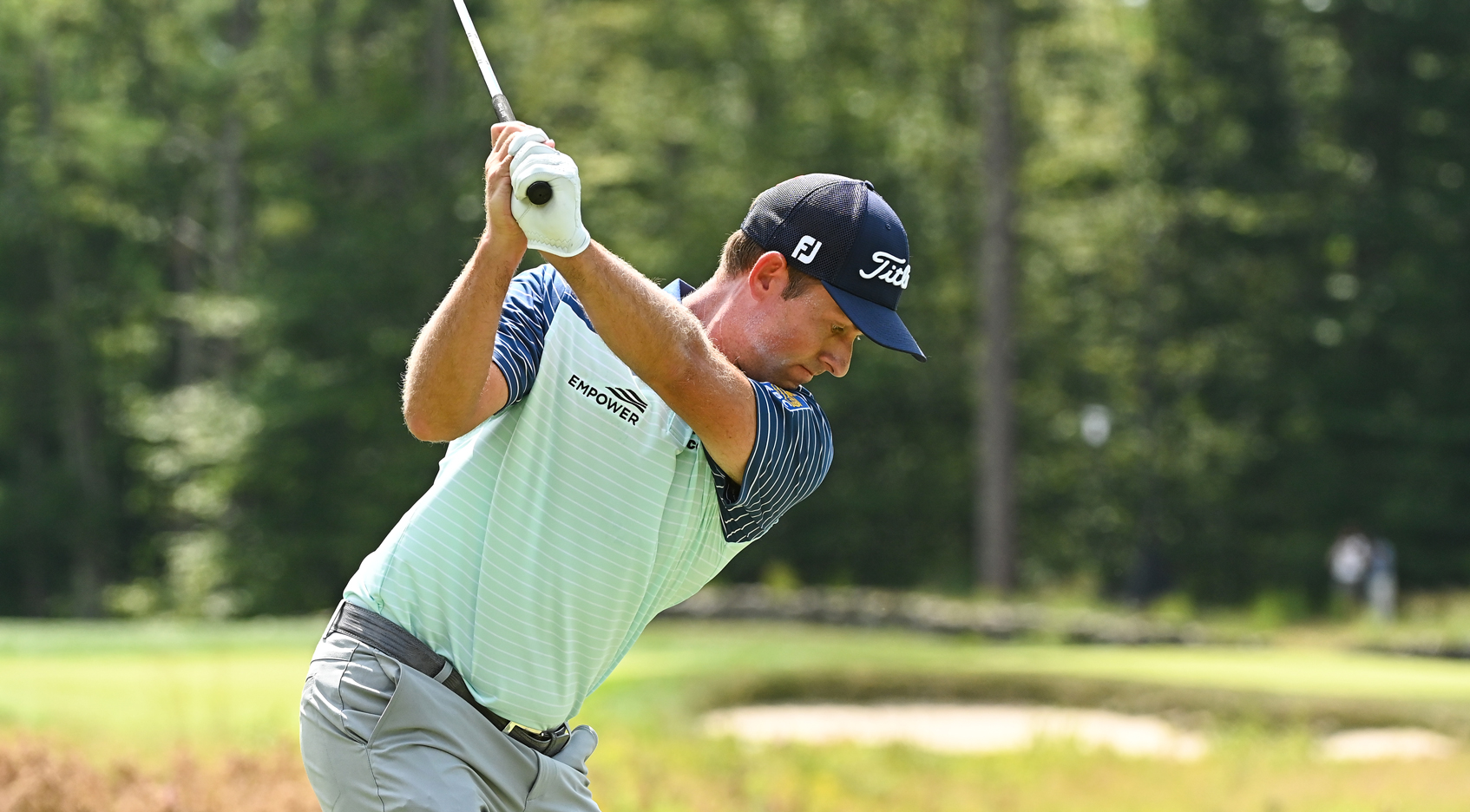 Last year it was Tom Bendelow’s “Monster”, course No. 3 at Medinah in the northwest suburbs where Justin Thomas eviscerated the rain-soaked track to the tune of 25 under. This season the 70 best head to the south suburbs for Willie Park’s 1925 classic North Course. Stretching to 7,366 the Par-70 (35-35) will provide only 20 (!!) acres of fairway protected by 85 bunkers and four-plus inches of Kentucky Bluegrass rough. Butterfield Creek circumnavigates the property and is available on half of the holes. The putting surfaces are 6,000 square feet on average and the Bent/poa greens should be able to push 13 feet on the Stimpmeter due to the dry month of August.

Notables: Jon Rahm – eliminated in the quarterfinals. … Maverick McNealy and Robby Shelton lost in the Round of 16. … Scottie Scheffler and Collin Morikawa both missed the cut.

Maverick McNealy’s girlfriend brought home the major title and should have plenty of angles on what it takes to get it done around here. Combined that with McNealy’s run at the 2015 U.S. Amateur and there’s an interesting angle. He’ll need all the help he can get at No. 67 as he’ll need a podium finish to book his ticket to Atlanta!

Wet and cool early in the week, the notoriously accurate player was joined by Vijay Singh in setting the 36-hole scoring record on seven-under. … Furyk went on to become the first player to reach 10 under in any U.S. Open before winning comfortably by three for his first and only major championship. … Led the field in GIR.

Notables: Only four players finished under par. … Singh signed for 63, T-lowest in major history at the time and posted 29 on the back in Round 2. … Singh’s 63 is still the course record. … Winds picked up on the weekend as Tiger closed 75-72 while Singh fired 72-78 as they shared T20. … Charles Howell III posted T53 while Adam Scott and Paul Casey MC. … 46-year old Nick Price and 53-year old Tom Watson both posted 65s during the week.

Top golfers in each statistic on the 2019-2020 PGA TOUR are listed only if they are scheduled to compete this week.