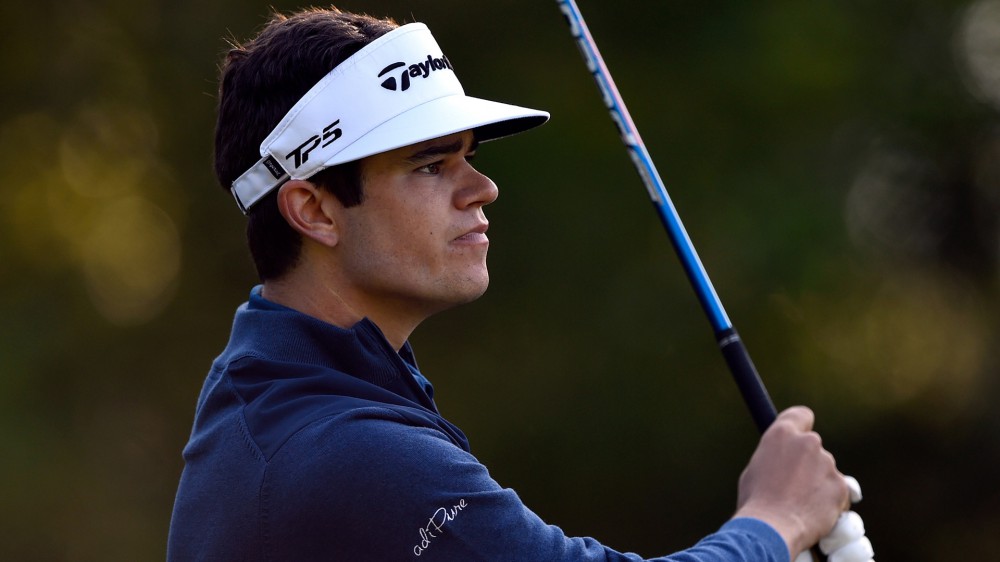 HUMBLE, Texas – In the minutes before each of his first two rounds at the Houston Open, Beau Hossler has struggled through a frustrating warm-up session. Perhaps he should start tanking on the range more often.

Hossler has limited his miscues almost entirely to the practice area thus far at the Golf Club of Houston, where he held a one-shot lead upon completion of his second round at 11 under with scores of 65-68.

“It’s kind of ironic because I’ve played some of my best golf like that,” Hossler said. “I think it kind of gets you focused, because you know you’ve got to go and be really dialed in on every shot because you don’t feel totally comfortable. I’ve gone on the golf course and made really committed swings.”

Hossler bogeyed the easy opening hole to start his second round, but he bounced back with a birdie on the very next hole and that proved to be his only blemish through the first two rounds. The former University of Texas standout had to return to the course this morning to complete his opening round, then took 25 putts to complete Round 2.

Hossler has been a regular contender this season on Tour, with four top-20 finishes, but most of his success has been early in the week. His third-round scoring average ranks 93rd on Tour, while his final-round average is even worse: 73.40, ranking 188th.

But after turning a pair of mediocre range sessions into two of his best rounds of the year, Hossler is focused on the positives as he looks for a maiden win in his home state that would also net him a first career trip to the Masters.

“It’s been really nice this year, because I’ve had some good experiences playing in the last three or four groups,” Hossler said. “I’m looking forward to the weekend. I think all those experiences are going to help.”