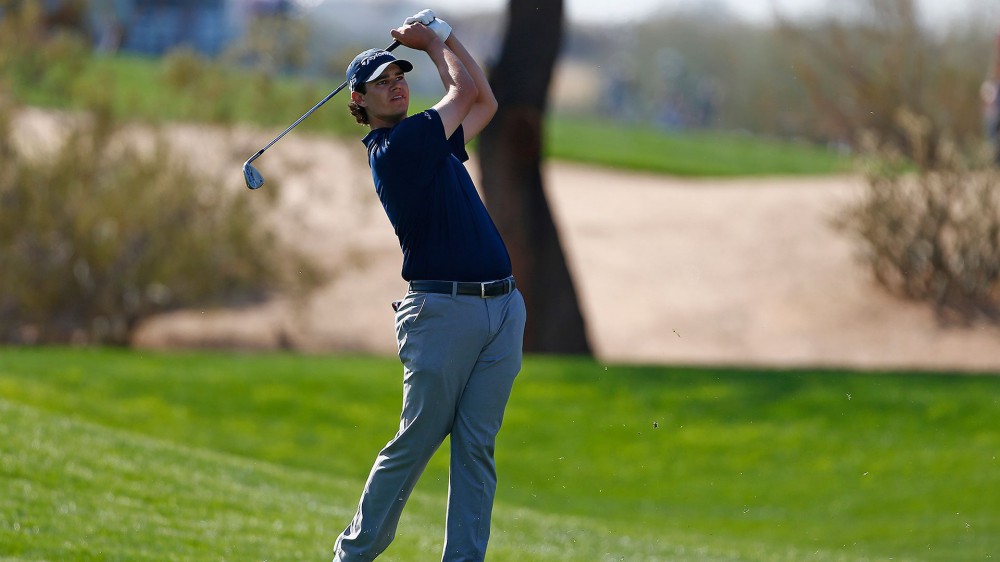 PEBBLE BEACH, Calif. – Beau Hossler’s name was atop the leaderboard when he walked the iconic 18th hole at Pebble Beach Thursday in the first round of the AT&T Pebble Beach Pro-Am.

These are the kind of days he seemed destined for as a young amateur star from Southern Califonia, before a shoulder injury derailed his rise.

With another low round, with more positive momentum, Hossler is working his way back into the mix of promising young PGA Tour pros.

His 7-under-par 65 Thursday moved him into a tie for the lead with Kevin Streelman, a shot ahead of Matt Kuchar, Aaron Wise and Julian Suri.

Hossler relished seeing his name out front at Pebble Beach. He made his pro debut at the Pebble Beach Invitational two years ago.

“It’s special,” Hossler said. “I’ve had some pretty nice days out here, but this is as good as it gets. It’s probably 75 degrees and a nice little breeze off the water. It’s one of those courses that you love playing.”

Hossler, 22, playing his first full season on the PGA Tour, is working himself into contention with some regularity. He had the 54-hole lead at the Shriners Hospitals for Children Open last fall, before tying for seventh. He tied for 10th at the Sanderson Farms last fall and got himself in the mix at the CareerBuilders Challenge last month and the Waste Management Phoenix Open last week.

“Game’s coming around,” Hossler said. “I’ve definitely been trending in the right direction. I’ve kind of been one round away the last few weeks, from having a pretty high finish.”

Hossler first burst on to the world stage as a 17-year-old, when he briefly grabbed the outright lead in the second round of the U.S. Open. He went on to win the Fred Haskins Award as the collegiate player of the year the University of Texas, but his college run ended with disappointment. As a junior, he tore the labrum in his left shoulder in the semifinal match of the NCAA Match Play Finals. He was out for nearly six months after shoulder surgery.

Thursday’s fast start at Pebble Beach was another sign he may be back on the rise again.