SCOTTSDALE, Ariz. – Rickie Fowler stared down a 24-footer for birdie at the par-4 ninth hole Thursday at TPC Scottsdale for a chance to grab the outright lead away from friend and this week’s roommate, Justin Thomas.

“We’re sharing a house this week, so I wanted bragging rights at dinner tonight,” Fowler said.

Well, neither will have bragging rights Thursday night at their rental home after Fowler missed the birdie attempt and settled for a 7-under 64. He and Thomas are tied for the lead with Harold Varner III after 18 holes of the Waste Management Phoenix Open.

For Thomas, it’s a position he is unfamiliar with. In four previous trips to Scottsdale, he’s missed two cuts and never finished better than T-17. Last year, he made two double bogeys on the 16th hole, each derailing rounds.

“The thing about this course, I haven’t played it that great, even though I like it tee to green,” Thomas said. “I feel like it suits my game, but I just have kind of have had a round here or there and a couple holes. And you just have to stay patient because you can get on a pretty good roll out here.”

Fowler, though, knows what it’s like to get on a roll in the Arizona desert. He’s twice finished runner-up in 10 Phoenix Open starts and had shot 12 straight under-par rounds here before last year’s final-round 73 that dropped him to a T-11 finish.

Thursday’s 64 was Fowler’s best opening round at the WMPO.

“I’ve had multiple chances to win here (and) it would be a nice monkey off the back because we have been close so many times,” Fowler said. “… Definitely good vibes here in Scottsdale and it’s about time we need to get one of these.”

Fowler played twice in the fall, tying for fourth in Las Vegas and sharing 16th in Mexico. But he was T-66 last week at Torrey Pines after switching to a TaylorMade golf ball during the break. A stock 8-iron, Fowler said, now flies about five yards farther. A 4-iron goes eight yards longer. And the driver? That’s about 10 yards more.

On Thursday, Fowler proved that he’s getting more comfortable with the new ball.

“It’s doing what I want it to do and what I think it’s going to do,” Fowler said. “Like I said, it’s just more mental and committing and understanding that it’s going to fly there.”

New ball, same Fowler in Scottsdale. Now, can he get the job done? It’s likely he’ll have to go through housemate Thomas to do so.

Thomas has yet to win this season, the first time he’s failed to do so before February since his rookie season. Still, Thomas has now played 17 rounds this season and shot under par in all but two of them.

“I understand you’re not going to win every tournament,” Thomas said. “Guys like Bryson (DeChambeau), on the run he’s on, stuff like that happens, but I just have to stay patient and wait for it to happen.”

It will be easier to fend off pressure staying with Fowler. It’s not the first time they’ve shared a rental house during a tournament. What goes on in the house after rounds is about what one would expect, from dinners to watching television to friendly banter. Nothing too wild.

But come Sunday, if both are in contention, things will definitely get more exciting at TPC Scottsdale.

“It’s going to be fun,” Fowler said. “Hopefully, we can keep it going into Sunday and put on a little boxing match.” 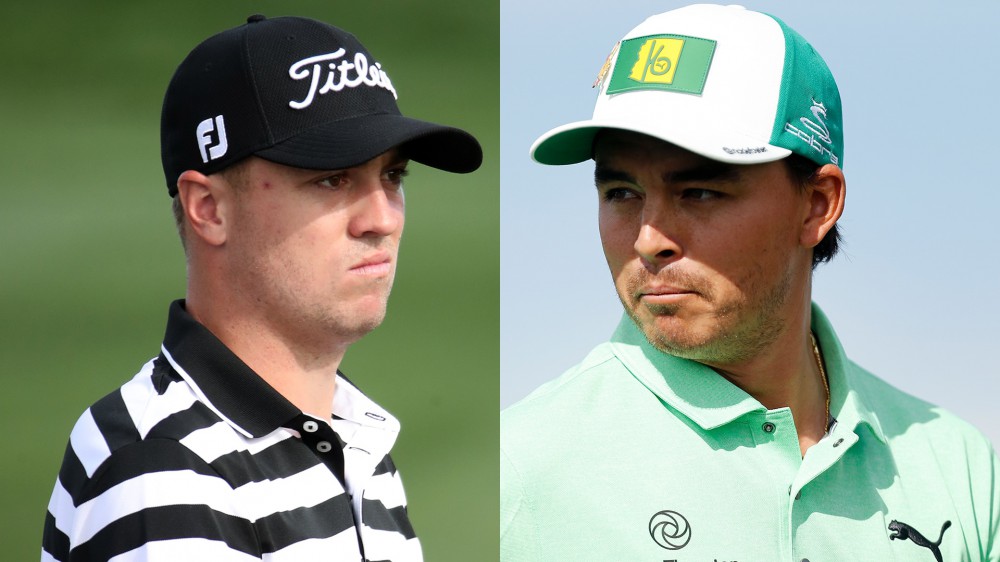