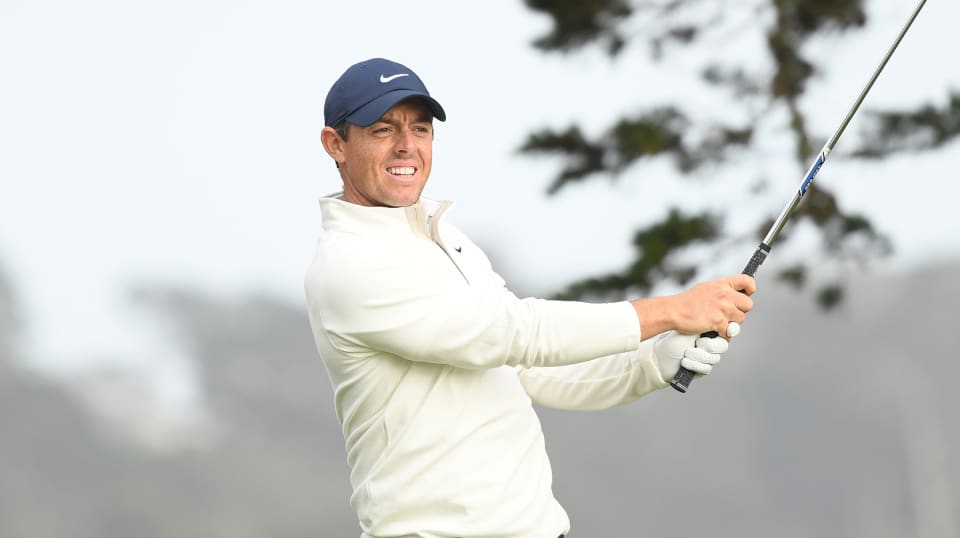 Golf is a game with a simple objective: get the ball in the hole in the fewest strokes possible.

But several different skills must be mastered to accomplish that task. There’s driving, iron play, short game and putting. Players must attain, and maintain, a certain level of proficiency in each aspect of the game to have success.

That’s why Stewart Cink compares golf to another game, one that’s often found in an arcade or at a carnival. The six-time winner says it’s like Whack-A-Mole because once a player fixes one fault in his game, another one is quick to pop up.

“You correct one thing, and something else flares up, and it’s just constantly you’re searching for where you’re going to put the next fire out.” he said. “We’re not robots. We’re human beings.

“It’s just the way golf is, and it’s part of what makes it such a great game.”

Players can only practice for so long, though. Daylight presents a natural limit. Some players have parental commitments to schedule around. Then there’s the law of diminishing returns, and the increased risk of injury that comes from excessive work. Swinging a golf club more than 100 mph can be hard on the body.

That’s why players turn to data and technology to make their practice time more efficient. Rory McIlroy, the reigning FedExCup champion, is among the players who relies on stats to show him what to work on.

For example, a report he received after the World Golf Championships-Mexico Championship showed him that his sand shots weren’t up to his standards.

“I got a stats report after the three weeks that I had at Torrey Pines, at Riviera, and Mexico, and that’s what I based my practice off going into the next few weeks,” McIlroy said at this year’s Arnold Palmer Invitational. “My bunker play wasn’t up to the same standards it needed to be. I needed to get better (with putts) from 6 to 12 feet. It’s stuff that you sort of know anyway, but it’s nice when you have that objective data in front of you.”

PGA TOUR players are finely-tuned athletes but they aren’t always attuned to the true state of their game. They hit thousands of shots in a season but often remember the outliers the most vividly. This can make it difficult to produce a true assessment of their game.

“What happens to athletes, because they’re always in the thick of it, they start telling themselves stories,” instructor Sean Foley said at the 2014 MIT Sloan Sports Analytics Conference, an annual meeting of the best minds in sports statistics.

These stories aren’t always accurate. Foley tells the story of former pupil Justin Rose, who considered himself a poor wedge player. The statistics actually showed that he was No. 1 in strokes gained from 100 yards and in.

“It’s nice to look at some numbers to back it up, because you can get a little blinded out there thinking I’m not putting well, when in actual fact you’re hitting a lot of great iron shots and you’re giving yourself a lot of 15-, 20-foot looks that you’re not going to make a lot of, and therefore you think you’re putting badly,” said four-time PGA TOUR winner Graeme McDowell.

“I’ve always been a guy who really likes to practice, but there have been some times when I’m practicing really hard and not getting any better. Richie would come in and say that’s because you’re practicing the wrong things,” Howell said. “Every part of the game matters, but certain things matter more to certain people.”

Technology like force plates and 3-D motion capture also help players get more out of their training, especially when they are struggling. This technology helps players more quickly find a solution to their swing problems.

Some players use such high-tech training aids when they are playing well, in order to capture data on their swing when it is working its best. This data serves as a benchmark against which players can compare when things go awry.

“If someone is playing really well, you collect that data and put it in a vault and save it for a rainy day,” said instructor Chris Como, who works with Bryson DeChambeau, Emiliano Grillo, Jamie Lovemark and Trevor Immelman. “And if they get in a funk, you can compare their current swing to when they were playing well.”

Brooks Koepka credited force plates for his recent success at the World Golf Championships-FedEx St. Jude Invitational. They showed him that he wasn’t getting enough weight on his left side through impact. “Usually at impact, I’m at 70% (of my weight) on the left side. I had 70% on the right side,” Koepka said. After struggling for most of the season, he finished second at TPC Southwind to lock up his spot in the FedExCup Playoffs.

Injuries, travel and different weather and course conditions can all lead to small changes in a player’s swing over the course of a season. Hard data can diagnose problems more quickly than the naked eye.

As Bobby Jones once wrote, “Golf is a difficult game to play consistently well because the correct swing is not a thing the human body can accomplish entirely naturally.”

Technology and data can help players when they get off-kilter, however.