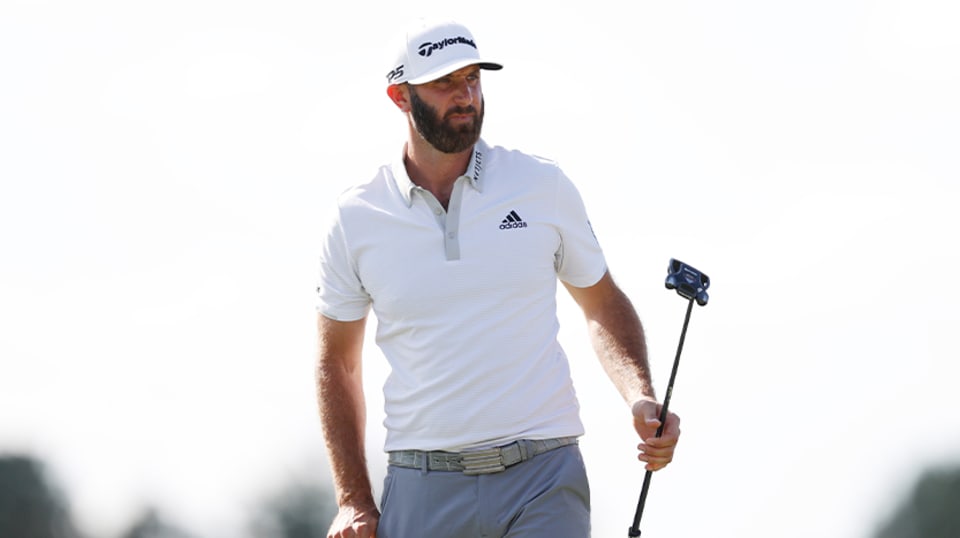 HOUSTON – Dustin Johnson has been on the PGA TOUR for more than a decade, but he has the opportunity Sunday to accomplish something he’s never done before.

Johnson has 23 wins, but he’s never been victorious after shooting over par in the opening round. Despite shooting 2-over 72 on Thursday, Johnson will start the Vivint Houston Open’s final round just three strokes behind leader Sam Burns.

Johnson followed his poor opening round with back-to-back 66s. He compared those last two rounds to the form he showed in the FedExCup Playoffs, when he finished 1st-2nd-1st to claim his first FedExCup.

Johnson was admittedly rusty when he teed off Thursday at Memorial Park Golf Course. This is his first tournament since his sixth-place finish at the U.S. Open in September.

Johnson missed his next two scheduled starts after testing positive for COVID-19. He isolated alone in a hotel room for 11 days, unable to practice or work out. “The most movement I made was to the shower,” Johnson said earlier this week.

He didn’t start hitting balls until a week before the Vivint Houston Open and had to cut his first practice session short because of the fatigue that followed being sedentary for so long.

Johnson made five bogeys on his first nine holes at Memorial Park.

He’s made just three bogeys in 45 holes since. He was bogey-free on Saturday.

“Obviously after the first nine holes I’ve played pretty solid and I like the way I’m playing. I’m swinging well,” Johnson said. “I’m seeing a lot of similarities to how I was playing back when I was playing really well a couple months ago. The game’s feeling really good going into next week and obviously we’ve still got another day tomorrow and I feel like I’m in a good position with a chance to win.”