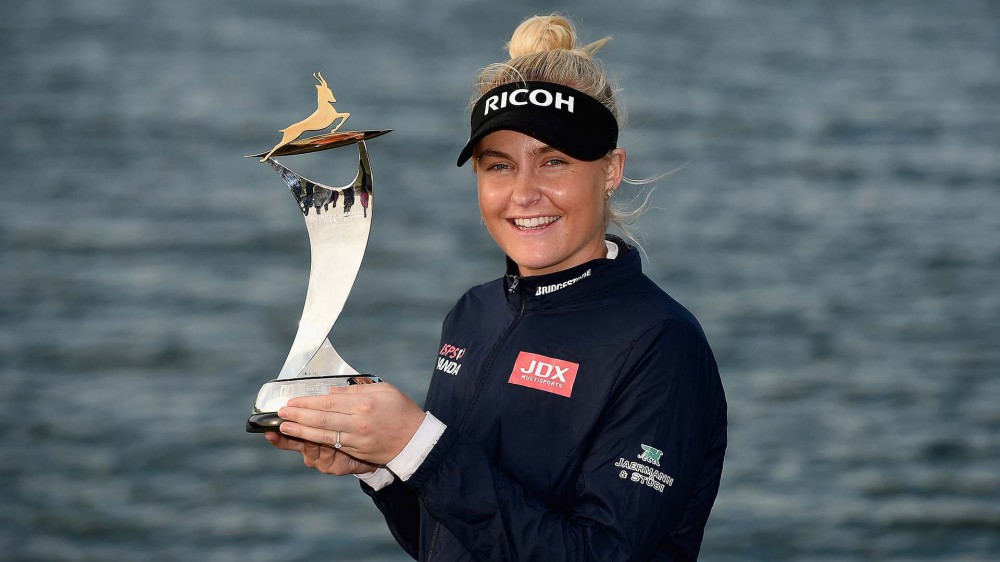 Hull’s fast start begs a large question: Is she poised to follow Georgia Hall’s breakthrough and win a major this year?

Hall won the Women’s British Open in her native England a year ago, taking the trophy at Royal Lytham & St. Annes. This year’s Women’s British Open will be played at Woburn Golf Club in England. That’s Hull’s home course. Hull enjoyed her best year in the majors last season, finishing top 10 in the first three majors of the year.

Hull, 22, closed with a 3-under-par 69 Saturday at Saadiyat Beach Golf Club to finish at 8-under 208, defeating Norway’s Marianne Skarpnord (68) by a shot. England’s Jodi Ewart Shadoff was among players who tied for third.

It was Hull’s second LET title. She broke through to win her lone LPGA title at the CME Group Tour Championship at the end of the 2016 season.

Hull is the second-highest ranked English woman. At No. 24 at this week’s start, she’ll move up with her victory.

This is a Solheim Cup year, and the English look to be important in the European team’s makeup. Shadoff, Mel Reid and Bronte Law are English players who figure to join Hull and Hall in the battles to make the team. Hull is 7-3-1 in three Solheim Cups.

“I’ve practiced hard over the winter, and it feels great to win,” Hull said. “Hopefully, I can get a few more wins.”

Hull will make her 2019 LPGA debut at the ISPS Handa Vic Open in Australia next month.