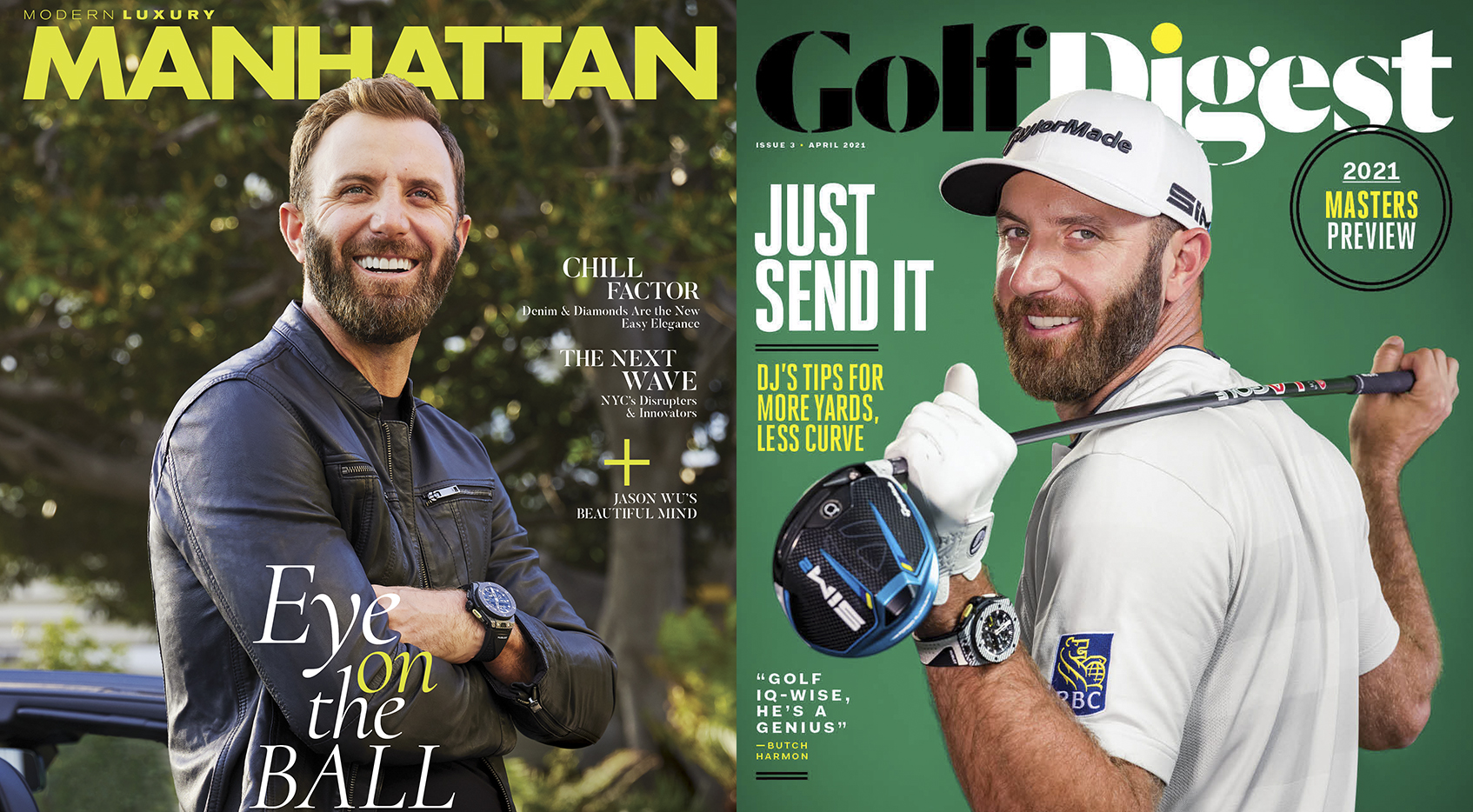 Headline: “Might it be that Dustin Johnson’s greatest strength is his mind?”

Gist of article: Johnson has a Zen-like ability to stay in the present moment.

Fun fact: Johnson had to tame his aggression and learn to manage his game. “He was a free-wheeler,” Butch Harmon says. “As he used to say, on every hole, ‘I’m just sending it, bro.’”

Where interviewed: Floridian Golf Club. “We spent about four hours with DJ capturing a bunch of different content—instructional videos, fun videos, cover shots, fun shots—before I sat down with him for an extended interview,” Rapaport says. “I wanted to take a deeper dive into DJ’s mind … it’s clear that his outlook is the envy of his peers. I’m a big meditation guy, and from afar I thought he best personifies the benefits of a quiet mind and thought control. The guy is 36 and he’s been a force in golf for a decade, so you have to find an angle to avoid simply re-stating what’s already been written.”

Quote wall: “Dustin has a wonderful ability to be very interested in what he’s doing but to underreact to everything.” – Dr. Bob Rotella

Takeaway: “I believe there are lessons in the way he goes about his business,” Rapaport says. “That there are only a few select people whose opinions matter, and that the key is identifying who those people are, and who they are not. As far as golf goes, that there’s no need to add any significance to a bad shot or a bad round. We all have a tendency to try to add a second sentence to a poor outcome. I played terrible…so I am terrible. I hit this bad shot…because I stink at hitting draws. There is no need to add the second sentence. Dustin has an innate ability to ignore narratives entirely. Some things in life just are.”

Headline: “Master of One”

Gist of article: Johnson has worked hard to get the most from his talent.

Fun fact: “I was less surprised by DJ than I was by his brother Austin, who was very engaging and funny,” Sens says. “It’s probably easier to be the caddie than the star. It made me wonder whether DJ has some of that in him and just doesn’t show it. I was also surprised to learn that DJ’s nickname in high school was Styles DJ. A snappy dresser who really cared how he looked.”

Where interviewed: “The cover shoot was in Florida a few weeks before we met,” Sens says, “so I only interacted with DJ for the interview, which we did on an outdoor patio at the Fairmont in Santa Monica. DJ looked ridiculously relaxed, lounging back on a chair, enjoying the weather. But he hadn’t had time to eat and was really hungry. His agent ran out and got him a pizza from down the street. I was hungry, too, but didn’t want to mooch food off my subject. I think DJ saw me eying the pizza because he offered me a slice. And, when I ate that slice, he offered another. He was insistent that I share with him. That seemed like good southern manners to me.”

Quote wall: “Dustin was obviously a big hitter and a good player, but I’d be lying if I said that I knew how good he was going to be.” – Allen Terrell, Johnson’s coach at Coastal Carolina

Takeaway: “I had watched him on the range at Riviera, and he went to the very far end, far from all the other guys,” Sens says. “It was like he just needed to be in his own private Idaho. About 20 minutes into DJ’s range session, Rory wandered up, said hello and started hitting balls beside him. He and DJ would pause now and then and engage in conversation. They seemed to have an easy rapport. I guess there’s nothing too remarkable about this, but I was reminded of all the praise and supportive things Rory has said about DJ in the press in recent times. In particular, at Harding Park, where Rory was one of the first to leap to DJ’s defense when Koepka threw shade on DJ’s record in the majors. It underscored for me the level of respect DJ commands on Tour.”