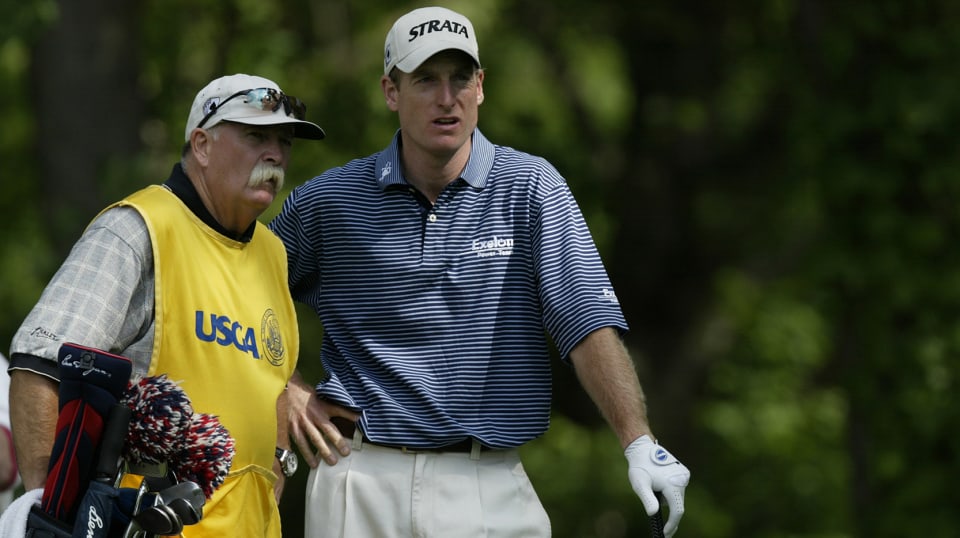 Jim Furyk has always relied more on his brains than his brawn. Never inside the top 100 in driving distance, Furyk is a pure strategist who is extraordinarily accurate with both his woods and irons.

The Pennsylvania native’s bag tends to lean on the side of spin and precision rather than ball speed and distance. Simply put, he’s more Bernhard Langer than Gary Woodland.

This week, the PGA TOUR is at the course – Olympia Fields – where Furyk finally broke through and captured his first major, the 2003 U.S. Open. Furyk’s first and only major victory came at a time when he was wearing the not-so-savory “best player never to win a major” tag. He finally broke free of that title with a score of 8 under and a three-stroke victory over Australian Stephen Leaney.

Even then, Furyk’s bag was built to plot around the golf course. He used a rare five-wood, four-wedge setup and a unique iron configuration that was without a 4-iron.

Furyk’s bag and yardage gapping have always been the same, and his set is designed to hit very specific numbers and flight the ball through very specific launch windows.