There’s a Ko atop the leaderboard in the LPGA event in South Korea, but it isn’t Lydia.

Jin Young Ko shot a 6-under-par 66 Saturday to take the lead at the KEB Hana Bank Championship at the Sky 72 Ocean Course in Incheon.

At 15-under overall, Ko is two shots ahead of a pair of formidable fellow South Koreans. Two-time major champion In Gee Chun (68) and reigning U.S. Women’s Open champ Sung Hyun Park (68) are tied for second.

Ko is one of 12 Korean LPGA Tour members exempt into this week’s event. Just 22, she has already won nine KLPGA Tour titles, two this season. She’s No. 33 in the Rolex Women’s World Rankings.

Ko first burst onto the international stage at the Ricoh Women’s British Open two years ago. She took the first round lead at Turnberry in her first major championship appearance and ended up finishing second to Inbee Park.

Ko quickly cleared something up about her connection to Lydia at the time. They aren’t kin.

“People think we’re related,” Jin Young said. “I get asked that a lot.”

They do know each other. They first met at the KEB Hana Bank Championship three years ago.

Lydia is tied for 20th this week, nine shots off the lead.

If Jin Young Ko wins Sunday, she has the option of taking up LPGA membership for the remainder of this year and next year. Or, she can defer membership to the start of next season.

“Sung Hyun and In Gee are fantastic players,” Ko said. “They also have major wins under their belt. I have a lot to learn from them. Hopefully, tomorrow, I’ll have a good time with them.”

The South Koreans are bidding to claim their 14th title in 28 LPGA events this year. The record for South Korean victories in a single LPGA season is 15, achieved two years ago. There are five events left on the LPGA schedule after this week’s finish. 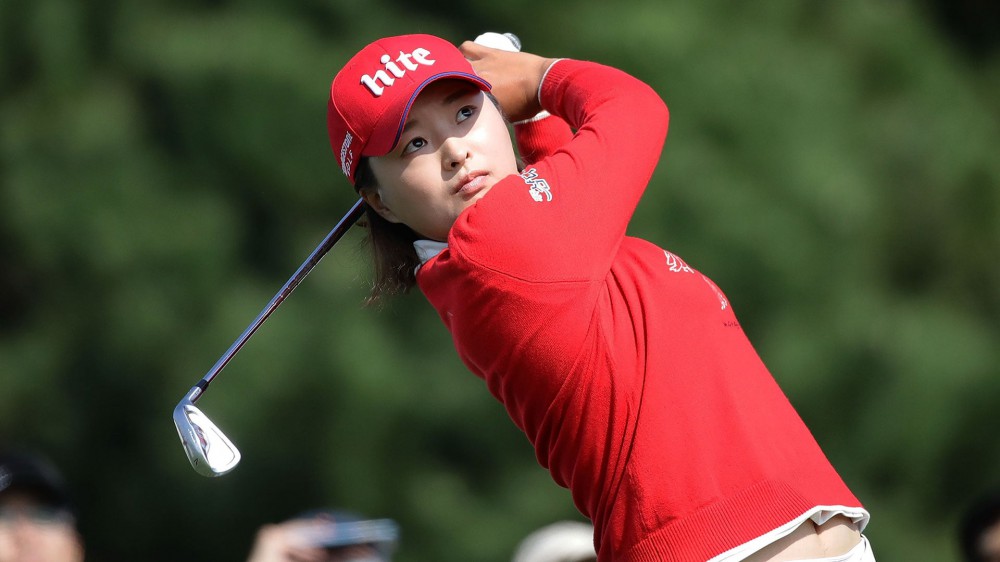