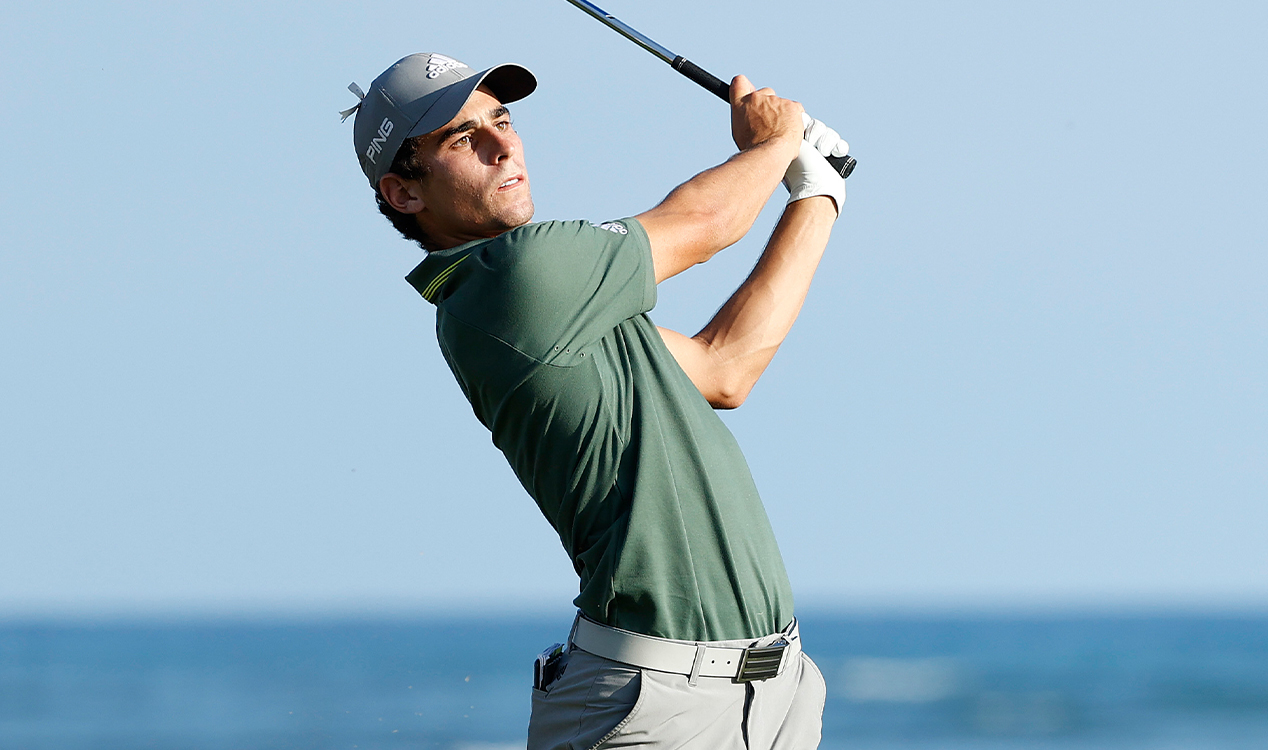 HONOLULU — Joaquin Niemann had no regrets about the 18th hole at the Sony Open in Hawaii.

Four days after a pair of pars on the final hole at Kapalua led to a playoff loss, Niemann holed a 50-foot chip for eagle on the 18th hole Thursday for an 8-under 62 and a share of the lead with Jason Kokrak and Peter Malnati.

“It was a good way to finish,” Niemann said. “Spent a few days thinking about that last hole, but taking all the positives from the week and pull it out for this week.”

They weren’t easy days for Niemann. The 22-year-old from Chile is still too young to have experienced the inevitable losses that pile up in this sport. He played Sunday at Kapalua with Sergio Garcia, who has experienced plenty of failure, and who told him to think about what all went right.

So much did on a breezy afternoon at Waialae on a course with dry fairways and smooth greens and low scoring. Niemann’s only bogey was when he fell asleep on a 25-foot birdie putt above the hole at No. 12, ran it 10 feet by the hole and three-putted. The finish was exquisite.

Kokrak played bogey-free, and he was as pleased with a 15-foot par putt on No. 1 — his 10th hole of the round — than any of his nine birdies. He had a 25-foot eagle putt for 61 on his closing hole that narrowly missed.

Malnati was the only one at 62 who played in the morning, though conditions were similar for much of the day.

The group at 64 included Daniel Berger, among the 31 players in the Sentry Tournament of Champions last week on Maui, and Jim Herman, who should have been there.

Herman made it to Hawaii a week later than he had hoped and was happier than ever. He recovered from the coronavirus and had his lowest score in his 10th appearance at the Sony Open in Hawaii to get his year off to a good start.

He qualified for the Sentry Tournament of Champions by winning the Wyndham Championship, his third career victory. But his COVID-19 test came back positive as he prepared to go to Maui, and self-isolation for 10 days left him no time to get to Kapalua.

Herman said he had a miserable four days dealing with the virus and still doesn’t have his full taste and smell back. The biggest concern was slight inflammation of the lungs, which pressed against his back and made it difficult to sit. He finally was able hit some golf balls last weekend and only played one round of golf.

Scoring was ideal for different reasons than Kapalua on a very different course. The wind off the Pacific shores on the edge of the course is normal. But it’s been dry enough for the ball to roll, helpful on tee shots in the fairway, not so much when it’s off line and head into the rough.

There was one other twist at Waialae — out-of-bounds stakes for about 350 yards down the left side of the 18th fairway. The tour erected them this year out of safety to those coming down the 10th fairway, and without the tents and bleachers because of no spectators, it might have been tempting for more players to take their tee shot on 18 down the 10th.

That never crossed Niemann’s mind. He hit a high draw that still tumbled through the fairway into the rough, came up just short and finished on a good note.

It sure was different from last week. Niemann missed a 6-foot birdie in regulation (and shot 64), and then in a playoff on the par-5 18th, he pulled it slightly and went down a slope left of the green, leaving a tough chip and a par. Harris English won with a birdie putt.

“It was the first time that it really hurt me, like finishing a golf tournament,” he said. “Probably one or two days I just keep thinking on how I couldn’t make birdie on 18 and get it done. I was talking with my coach, with my psychologist. We talked for an hour about the whole tournament, not for that 18th hole. It was a good way to take all the positives from that week.”

English, hopeful of being only the third player to sweep the Hawaii swing, had three bogeys in a four-hole stretch on his second nine and had to birdie two of the last three holes for an even-par 70.

Scoring was so low that only 30 players from the 144-man field were over par.

“They have it playing fantastic,” said Webb Simpson, one of 22 players at 65 or better. “I think all us golfers love it for the most part when we see a good drive and the ball bounce 10 feet in the air, it’s a good feeling.”