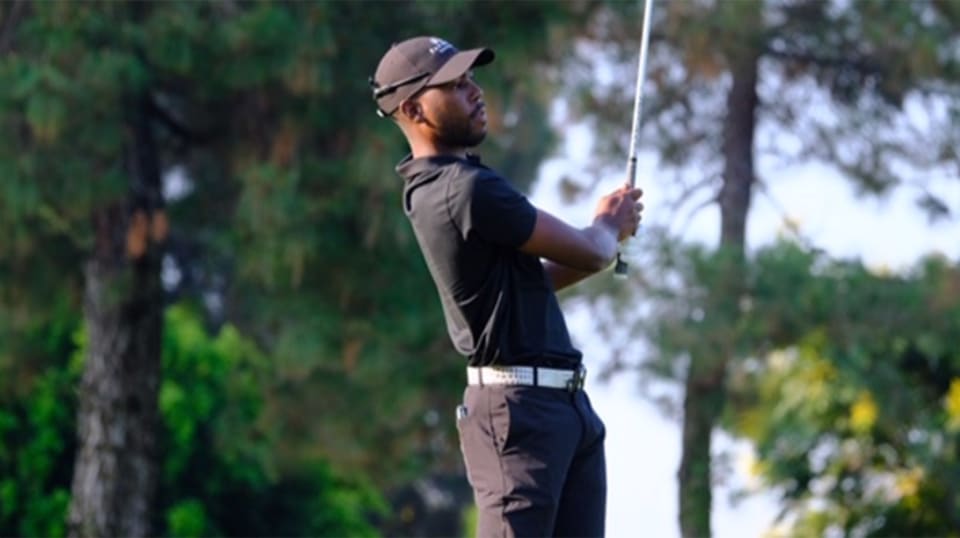 Johnson had six birdies in shooting a second consecutive 4-under 68, ensuring the win with a 5-footer on 18 after hitting the par-5 green in two with a 5-wood from 236 yards out of the rough. His 8-under 136 at Pacific Palms Resort in City of Industry, California, was two strokes better than Adamonis and Tim O’Neal, another APGA Tour star who won two tournaments during the 2020 season.

O’Neal clinched the season-long Lexus Cup Point Standings title with his second-place finish, pocketing the top prize of $17,500 from the $35,000 bonus pool purse. The Savannah, Georgia, pro won the APGA Tour at Farmers Insurance Open in January on Torrey Pines North and triumphed again in July, winning the APGA Tour at Dubsdread in Orlando.

“I went back to basics,” said Johnson, the Tallahassee, Florida, native now residing in Orlando. “I worked with my coach (John Montgomery of Orlando) and came away with so much confidence. This win is bigger than me. This has been a growth year for the APGA Tour and for me with my Farmers Insurance sponsorship. The APGA Tour has done a great job with the schedule since the restart to give us this opportunity.”

The APGA Tour finished its regular season with six tournaments in 10 weeks after being sidelined along with all other professional sports by the global pandemic. The full 2020 schedule will comprise a record 10 events with a record $250,000 in prize money awarded. The tournaments were played without spectators under social distancing and health/safety guidelines in conjunction with regional authorities.

Willie Mack of Grand Rapids, Michigan, took fourth place with a 5-under 139. Landon Lyons of Baton Rouge, winner of the previous two APGA events, was one stroke back in fifth. Kevin Hall of Cincinnati, Ohio, finished sixth with a 3-under 141.

The APGA Tour became a prominent sports story on Aug. 24 when Charles Howell III pledged financial and mentoring support of the tour and its players as part of an initiative unveiled in an article by Adam Schupak of Golfweek/USA Today.

Dubbed #CharlesHowell4APGATour, the program has Howell donating $50 for every birdie and $100 for every eagle that he scores in PGA TOUR competition. The three-time PGA TOUR winner is hoping to inspire others to join him in support of the APGA Tour. Howell’s commitment includes playing rounds with APGA Tour players and providing informal mentoring as they pursue their goal of careers in professional golf.

The 27-hole APGA Tour at the Farmers Insurance Open competition, organized in collaboration with the PGA TOUR, Farmers and The Century Club of San Diego, took place on Torrey Pines’ North Course while the best players in the world were competing in the third round of the Farmers Insurance Open on the South Course. The exposure resulted in major print, digital and TV media coverage about the 11-year-old tour’s mission of bringing diversity to the highest levels of professional golf in conjunction with the PGA TOUR, Farmers Insurance, Lexus and other supporting organizations.

Tony Finau, Harold Varner and Joseph Bramlett are among the players who competed on the APGA Tour enroute to careers on the PGA TOUR.

The APGA Tour season concludes in October with the APGA Tour Salute to African American Golfers in Los Angeles. The double-tournament includes a seniors competition on Oct. 11-12 and the Lexus Cup Invitational on Oct. 11-13, featuring the top 26 players in the Lexus Cup Point Standings plus four amateurs.