FARMINGDALE, N.Y. – The PGA Championship began with one career Grand Slam bid on the line, but it ended with Dustin Johnson rounding out a four-pack of a much different variety.

Johnson started the day seven shots behind Brooks Koepka at Bethpage, but he managed to cut that deficit to just a single shot after a birdie on the 15th hole. After following with a pair of bogeys, Johnson finished the week alone in second place, two shots behind Koepka who successfully defended his title.

While Jordan Spieth (T-3) came up short of his elusive major title, Johnson’s solo second finish was his second straight runner-up in a major. It also gave him the curious distinction of having finished second in each of golf’s four major championships.

Johnson tied for second at last month’s Masters behind Tiger Woods, and he was T-2 behind Spieth at the 2015 U.S. Open after three-putting the final green. His other runner-up came at the 2011 Open at Royal St. George’s, when he finished behind Darren Clarke.

He becomes the eighth player in PGA Tour history to finish second at all four majors, joining a list that also includes Jack Nicklaus, Arnold Palmer, Greg Norman and Phil Mickelson. He is the first to complete the feat since Louis Oosthuizen finished second at the 2017 PGA Championship at Quail Hollow. 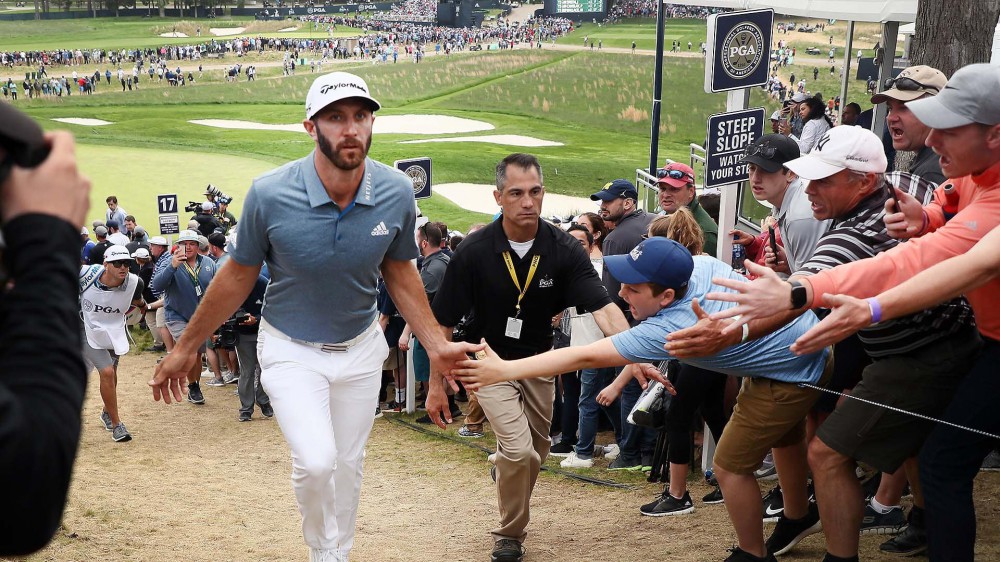 Inside the Field: Sony Open in Hawaii