For much of the final round of The Northern Trust, it appeared that Jordan Spieth would finally get within arm’s reach of Dustin Johnson atop the Official World Golf Ranking. Instead, Johnson only strengthened his grip on the top spot thanks to his playoff victory at Glen Oaks Club.

Johnson has held the top spot every week since his win at the Genesis Open in February, and that streak now won’t end anytime soon. While Spieth passed Hideki Matsuyama at No. 2 thanks to his runner-up performance, he’s still nearly three points behind Johnson’s new average of 12.4156.

Other notable moves from this past week included Jon Rahm, who jumped from No. 8 to a career-best fifth with a T-13 finish in New York. Kevin Chappell moved up four spots to No. 26 with a tie for sixth, while Jhonattan Vegas rose 13 spots to No. 35 with a share of third.

Bubba Watson had briefly dipped outside the OWGR top 50, but he’s back up to No. 49 after a T-10 finish while former U.S. Open champ Webb Simpson jumped nine spots to No. 40 with a tie for sixth, his second top-10 finish in as many weeks.

The only other change near the top came at No. 6, where Justin Thomas passed Sergio Garcia with a T-6 finish. Johnson and Spieth are now followed by Matsuyama, Rory McIlroy and Rahm, while Thomas, Garcia, Henrik Stenson, Jason Day and Rickie Fowler round out the new top 10.

Idle since February because of a back injury, Tiger Woods fell 17 more spots to No. 1121 in the latest rankings. 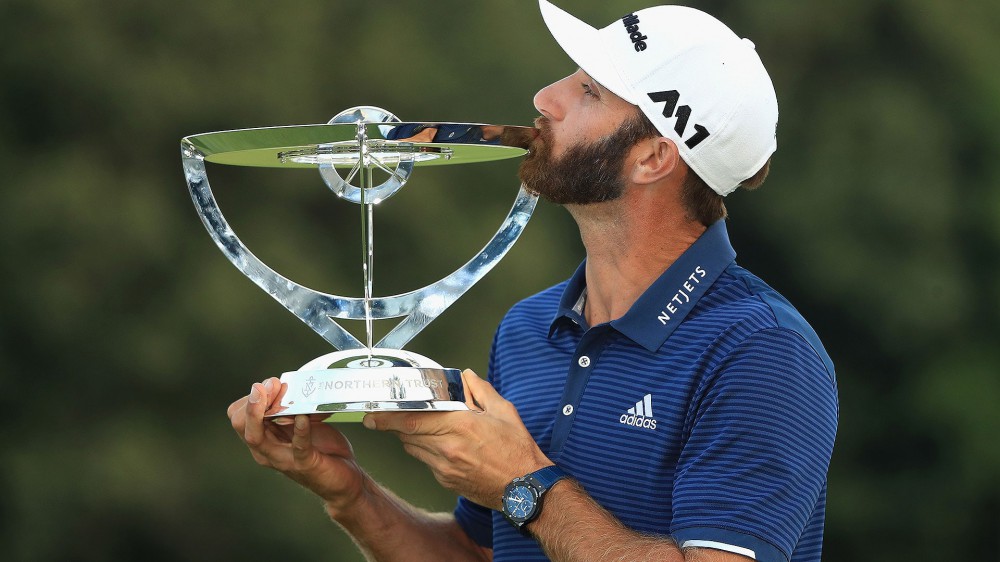