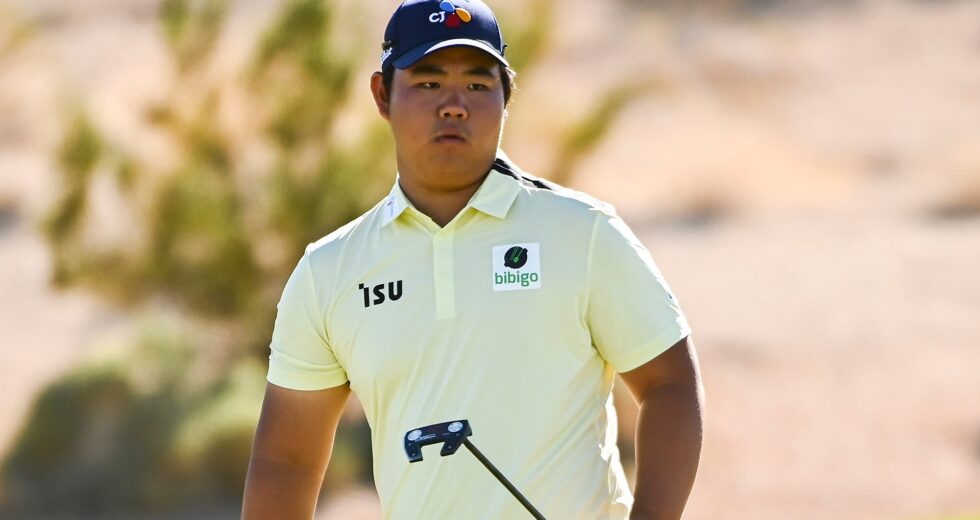 Want proof that professional golf keeps getting younger? Look no further than the Singapore International.

The Asian Tour stop, the penultimate event on the tour’s schedule, wrapped up Sunday at Tanah Merah Country Club with a sudden-death playoff won by a 19-year-old named after a children’s cartoon and a 14-year-old finishing third.

Joohyung Kim, also called “Tom” (after Thomas the Tank Engine), defeated Thailand’s Rattanon Wannasrichan after Kim closed in 2-under 70 in windy conditions around the Tampines Course to force a playoff at 4 under with Wannasrichan, who shot 72 alongside Kim in the final group. Wannasrichan entered the playoff with all the momentum as he drained an 8-footer to end regulation while Kim coughed up a two-shot lead with two holes to play, making a 15-footer at No. 17 to avoid double bogey and leaving a shot in a bunker at the last for a disappointing closing par.

In extra holes, though, Kim got the job done, canning an 18-footer at the par-5 finishing hole and watching as his opponent missed a chance to extend from 8 feet.

“It’s a tough golf course, you know, all the players played their heart out, I’m just very lucky to be on top,” said Kim, who now has two Asian Tour wins after his maiden victory at the 2019 Panasonic Open. He also moves into first in the tour’s Order of Merit, bumping Australia’s Wade Ormsby with just next week’s Singapore Open remaining.

“It was a grind today. I think it was a lot harder than the first one, but definitely glad I finished on top.”

Early on in the final round, it appeared as if history would be made. Thailand’s Ratchanon Chantananuwat, nicknamed “TK,” was trying to become the youngest player, male or female, to win a world-ranked professional event at 14 years, three months and four days old. Fellow Thai Attahaya Thitikul was 14 years, four months and 19 days old when she won the 2017 Ladies European Thailand Open.

Chantananuwat went out in 5 under Sunday to grab the outright lead, but he played his back side in 3 over, including a double bogey at No. 17, to end up with a closing 69 and third-place finish at 2 under, two shots out of the playoff.

“People will look at those scores online, see those dropped shots, and think I played badly but I didn’t,” said Chantananuwat, who did birdie the last from 12 feet. “I was trying so hard and playing well.”